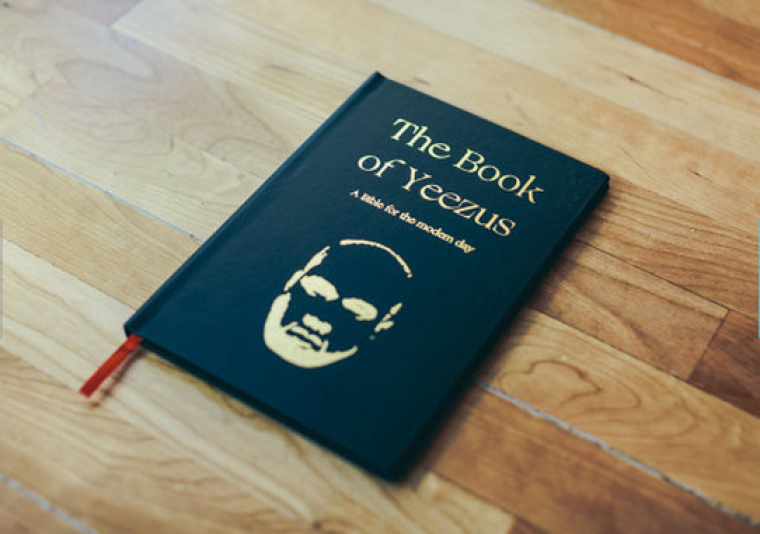 This is said to be a cover photo of "Book Of Yeezus," a novelty bible honoring rap artist, Kanye West. | (Photo: Twitter/BookofYeezus) 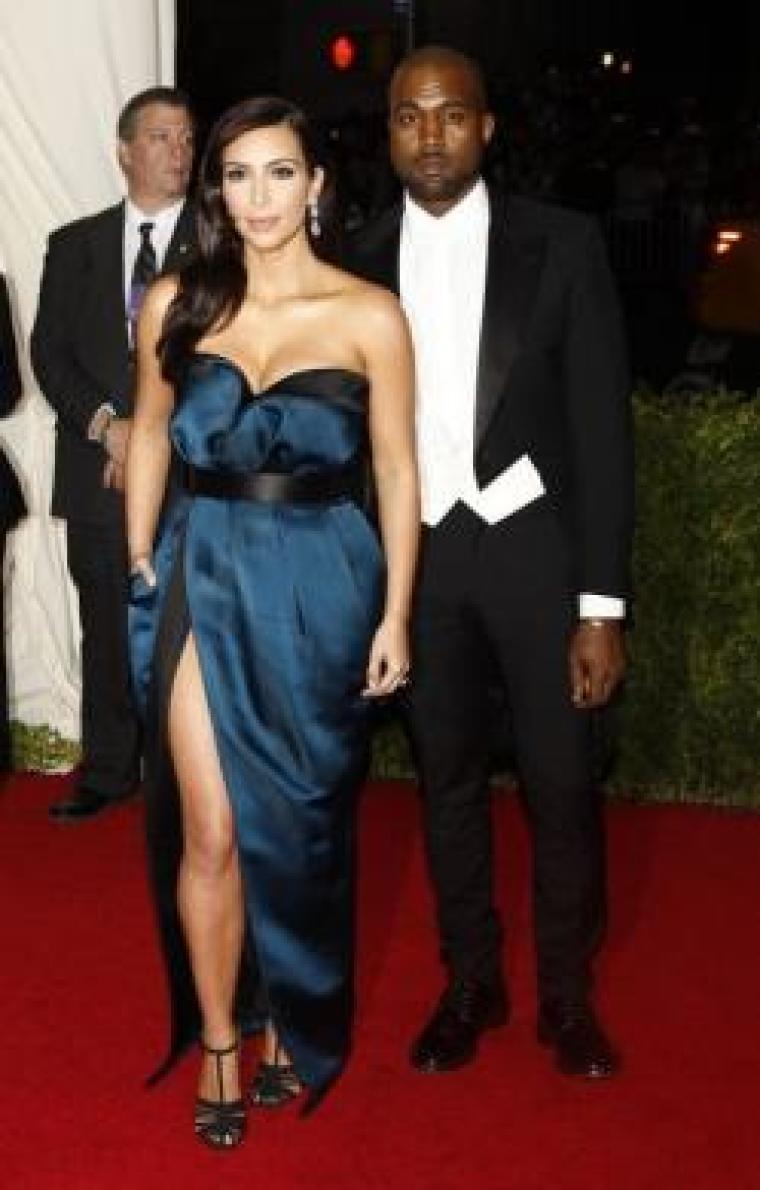 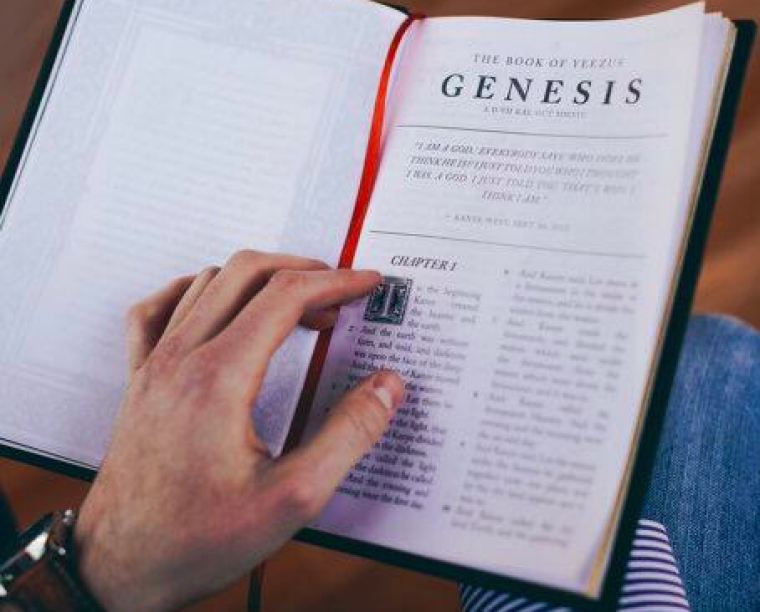 A photo from inside the "Book Of Yeezus," a novelty bible honoring rap artist, Kanye West. | (Photo: Twitter/BookofYeezus)
View Photos

The man who co-wrote a novelty Bible that replaces the word "God" with Kanye, in honor of iconic rapper Kanye West, says his book is not intended to offend Christians but rather to provoke thought and broader discussions about faith and culture.

The Book of Yeezus, which is a nod to West's sixth studio album, was initially thought by some to be a hoax when it appeared for sale online earlier this week but one of its three authors has confirmed its authenticity. The book recently sparked a firestorm of criticism and one of the authors has spoken out publicly for the first time in an exclusive interview with The Christian Post.

The author, who chose not to reveal his idenity, defended himself during a phone call with CP on Wednesday just days after critics took to social media to blast The Book of Yeezus as "offensive" and "blasphemous."

The book, which is described as a "Bible for the modern day," replaces every mention of God in the book of Genesis with the rapper's name but the author insists that it is not intended to mock Christianity. He said the purpose of the book, which retails for $20 via ETSY, is to "make people think," particularly during a time when more and more people are becoming obsessed with celebrity culture.

The Christian Post: Who published the book; I read somewhere that it was three brothers is that true?

Author: Yeah that's true, you're actually speaking to one of the brothers. We published the book ourselves, we have a manufacturer… it's self-published.

CP: Where are you guys based out of?

Author: I live in California but my two brothers are in Michigan.

CP: For the record, Kanye West had nothing to do with this book right? He wasn't involved in the creation of the Book of Yeezus?

Author: That's correct, it's definitely a misconception. We're waiting to hear from the guy. We have nothing to do with him. I've never met him.

CP: Are you all Christians?

Author: That's not that relevant, I'd rather not include that. I do want to if possible, take this away from us and make this more about the message and what the product is trying to get across more than anything.

CP: Are you all Kanye West fans?

Author: You know, we all appreciate Kanye's music I think to a certain extent we all admire him as a popular cultural figure and that's no small feat for any individual. To say that we are 100 percent devoted to him in a religious worshipping way is probably inaccurate and a great overstatement - that was never our intention.

CP: How long did this book take to make?

Author: We're all students, so we've been working on it on and off. Winter of last year was the time that I really started working on the website [BookofYeezus.com]. I think we finalized the manuscript around Spring. It took roughly a year intermittently.

CP: The text in The Book of Yeezus is the exact same as the text in the Bible but "God" is replaced with Kanye, right?

Author: Yes, in addition to that there are quotes and there's a forward with illustrations. So it's been stylized a bit and then there's gold-leaf printing, gold-leaf pages … it's simple, it's a modification, it's supposed to be a minor twist and in doing so a little twist changes the outcome very much.

CP: A lot of the feedback from Christians has been negative because some critics believe that the book is blasphemous. Do you think the book feeds into this culture of celebrity obsession and idol worship?

Author: That's a great question. What it is is sort of an exposition of the fact that this phenomenon is occuring in which we are worshipping celebrities or cultural icons in the place of our traditional spiritual icons, if that makes sense. So we're not casting any judgments, we're simply shining a light on this and the fact people are making their own interpretations and their own judgements – that was the intention. We wanted people to reflect on that part of society, which is not to say that we believe its good or its bad – that's open to interpretation and that was the intention.

CP: Do you think Christians have a right to be upset?

Author: I think everybody should be ok being a little upset, there's nothing wrong with upsetting people around the world. I don't think any good messages that are sort of controversial and new and that contradict an old understanding of the world have gone through without upsetting anyone. The fact that these people have decided to be upset is their own choice. If it upset them I'm not going to apologize for it but of course they have a legitimate reason to be upset, it makes sense because it's your faith. If I loved cookies and someone told me that cookies are terrible, I would be a little personally offended if that's a value system that I own … I would just back up why cookies are important and in the end become strengthened and emboldened by it.

CP: Some people (including myself) initially thought this book was a hoax. I wasn't sure if it was intended to be serious or whether it was somewhat of a joke. Do you want to draw people closer to Christianity or is this just for entertainment; what is the purpose?

Author: The purpose is that its an interventionist art piece. Interventionist art is essentially taking something that is common or something mundane and expected and sort of culture jamming it or placing some sort of modification on it. Say if you have a normal wall and you put graffiti on it, that wall has a new meaning because it's been twisted. It's not graffiti on a canvas, that has a different meaning completely. So what we've done is we've taken something that is old, ancient and important and well understood and has its own set of association and symbolism and we've added our own twist on it and in doing so we've given it a new meaning. It really is more than anything some sort of art exhibition. My brothers and I we sat down one day and we were hanging out and we were having a conversation about Kanye West and how [he] positions himself …

Author: Exactly, that's the irony. I think that a lot of people feel so intuitively … why so much this hits a nerve is that people really do feel that irony in that not only does this guy call himself a God and not only is he incredibly egotistical but in a way the irony is that he's kind of right. Because he has come to a place where … the role that God has played in our lives our spiritual figures have been replaced by media icons. So the concept at a higher level is that we have some sort of intuitive sense or desire towards finding spirituality and finding reason and things around us so its a very innate human desire and also to feel as though we are individuals who are a part of a greater sense of purpose or movement. And so originally, in a traditional sense, God fit that criteria for us. God was the natural...sort of naturally emerged to answer those questions and give us that innate feeling that was compatible with that old world view.

The problem is today (and this is kind of our ticker and what you need in my opinion that we've added to the discourse about society, spirituality and information culture), is that when you have an information culture your perspective changes because you are now more reasoning, more rational and the traditional sense of God has kind of become less compatible. The reason we say what would the Bible look like in the modern world, it's sort of how would the Bible adapt to this modern world view? And what's happening is this natural innate sense of spirituality and feeling like you're part of the greater aluminum that's actually a constant now and so we're always looking for that feeling and so in this modern culture... they come together and we found Yeezus or Kanye to fill that void.

CP: Do you genuinely believe this book can help people?

Author: Whether or not it can help people ... it's trying to get people to think its not trying to offend anyone. …I think from the start no matter what it said people would've been offended … when you see Kanye West I think most of these people already thought of him as a representation of the Devil to begin with so I wouldn't say it's anything new or revolutionary. If anything we're just confirming that in their minds but … I hope we got them to think

CP: A lot of fans love the idea behind this book, are you surprised?

Author: I can't say that it surprised me, I mean I would've hoped for that considering that I put in a lot of time into this and I really put my heart and soul into getting a message to it and actually saying something profound. It just happened that our message was somewhat convoluted which is just the nature of sensationalist media and the way headlines grab attention. I'd be interested to see an article that said 'wait, the Book of Yeezus is actually more profound than you thought.' That would be a great article.

CP: It sounds like business is going well, how many books have you sold?

Author: I don't want to reveal exact numbers but we're very, very much oversold. It will probably be some time before we can ship all of these because we need to produce more books.

CP: Do you intend to write a follow up book, perhaps about other celebrities?

Author: Actually, a couple of people have mentioned that to us. I have said before that it's not just Kanye, its not necessarily Kanye West is the only figure that has achieved that [level of fame] but I do think that the message is simple, it's concise and it's got the right kick to it right now. I don't know, I think making a whole product line might convolute things a little bit. It's not just about the sales you know...there's some sort of elegant simplicity to it right now focusing on Kanye.

CP: Is that an image of Kanye West or Jesus on the cover?

Author: Originally, I intended it to look like Kanye but when I got the books back from our manufacturer, it looked like Jesus. It has a double meaning, it's quite auspicious. It was accidental.

CP: Are you concerned about a potential lawsuit? What if Kanye West sues you guys?

Author: Yeah, we've considered it. Firstly, we have our own LLC so personally we are not liable as individuals. In addition to that, the product is legal. We're quite confident that if we went to court we would win as long as we would be able to pay for the lawyer's bill.