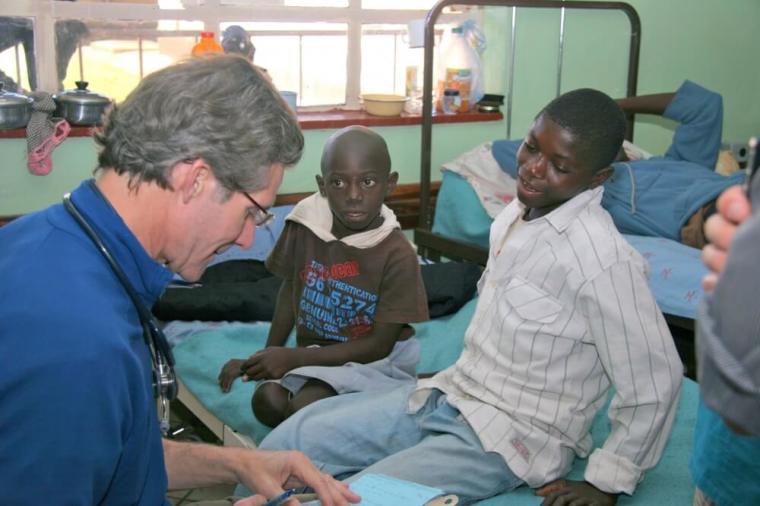 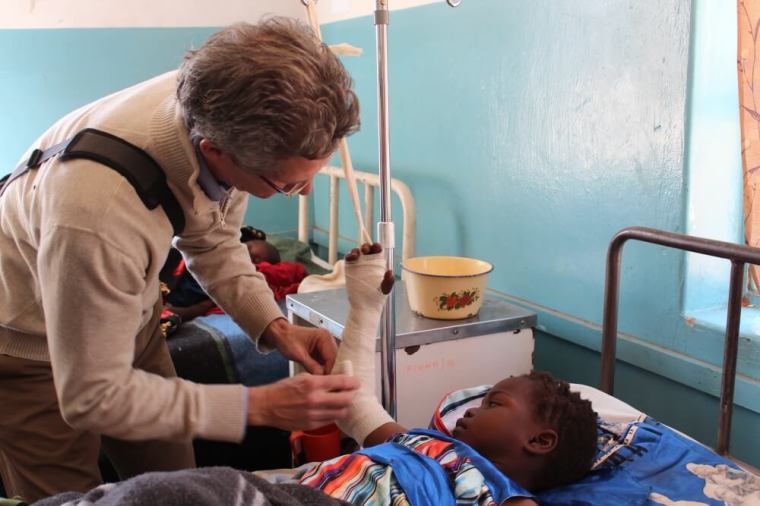 The Rev. Dr. Paul Osteen treats a child during a medical mission in far western Zambia where he visited Mukinge and Chitokoloki Hospitals. | (Photo: Courtesy of Lakewood Church) 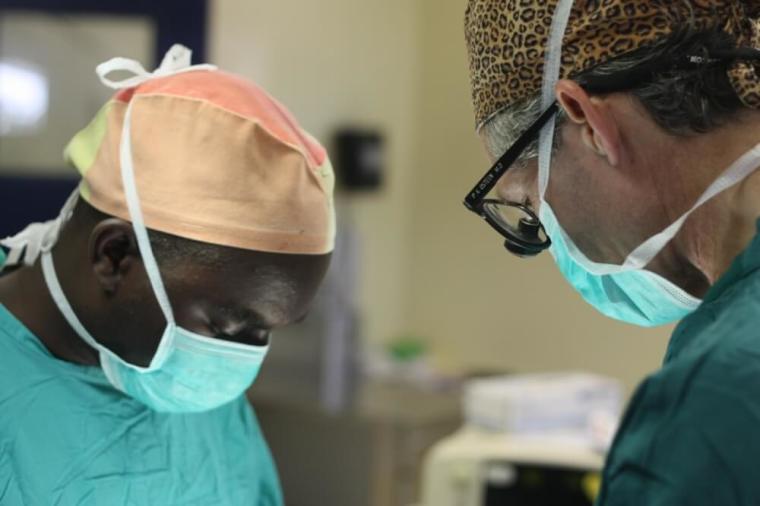 Missions work doesn't always involve traveling abroad, and the inexperienced don't have to have all the answers in order to get started. That's the message that Rev. Dr. Paul Osteen, brother of Lakewood megachurch Pastor Joel Osteen, wants to impart through the Mobilizing Medical Missions Conference.

Doctors, dentists, nurses and other medical professionals interested in medical missions might be surprised to learn that they don't have to leave the U.S. in order to contribute. Osteen says missions workers can donate their time at a local clinic or even help to sort medical equipment to be sent to different locations around the world.

Held at Lakewood Church in Houston on Feb. 19-20, the Mobilizing Medical Missions Conference will feature guest speakers who are "active and in the trenches and making a difference," including missionary doctor and Ebola survivor Dr. Kent Brantly, Restore International founder and best-selling author Bob Goff, and the director of the Pan-African Academy of Christian Surgeons Dr. Russ White, along with 32 other speakers who will share perspectives on medical missions.

Over 70 missions organizations will offer exhibits that range from helping to heal the sick and drilling for clean water, to fighting against human trafficking and caring for orphaned children — all with the purpose of providing "tangible, practical ways that people can get involved," and to help attendees discover what mission is right for them.

Osteen describes missions service as a broad "spectrum," ranging from those looking to get their feet wet, so to speak, with very short-term assignments, to others who feel a call to do missions full time.

"There are so many good organizations out there that can help you find a place [where] you can serve," Osteen tells CP.

The conference will also be an opportunity for current medical missions workers to connect, says Osteen, who is trained in general and vascular surgery, and is a teaching pastor at Lakewood Church. While on missions in Africa, the doctor practices obstetrics, gynecology, neurology, basic neurosurgery, pediatric surgery and even treats burn victims.

A conference that raises awareness of the necessity for medical missions is something that is badly needed in the U.S., according to a 2008 Barna study which found that only 9 percent of Americans have ever participated in a short-term mission, and only 11 percent of churchgoers. At the time of the study, only 3.5 percent of adult residents in the U.S. had participated in a short-term missions trip within the last five years.

Those low figures may be partly attributed to trepidation about working in third-world countries or in remote locations. Osteen is aware of the challenges facing some missionaries who travel abroad, including the lack of infrastructure like roads and hospitals in some countries, as well as the difficulties of living in extremely remote areas. "I see it not as a problem, but I see it as an opportunity," he says.

Osteen knows such conditions well. Each year, he spends four to six months working in remote locations around the globe. He's done so for the past nine years, and his wife, Jennifer, and children often accompany him. The surgeon has the task of relieving other missionary surgeons, while his wife, a nurse, works with local orphanages and schools. "There's always something to do in the mission field," he says.

The pastor and surgeon encourages medical professionals to attend the conference and volunteer for a mission. "Whether you're a dentist, a doctor, a nurse — whatever your specialty, let us find a spot where you can serve. I believe your heart will be moved with compassion and you, too, will be inspired to do what you can to help."

To learn more about the Mobilizing Medical Missions Conference, go to m3missions.com.