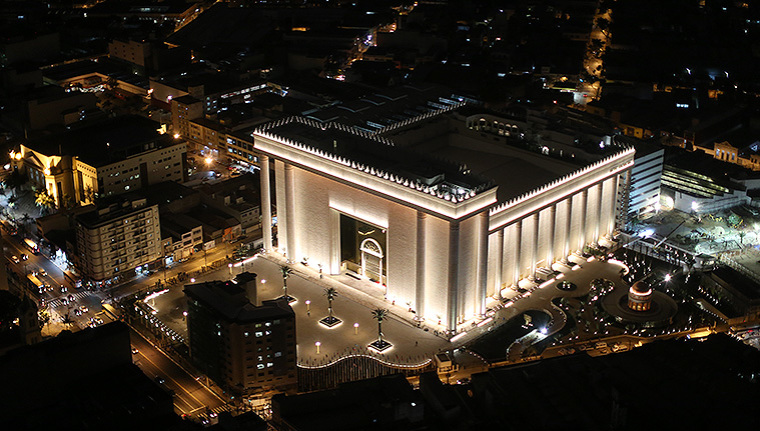 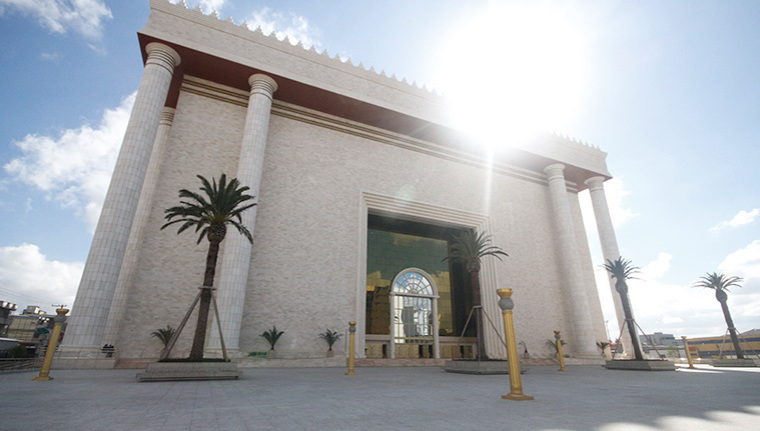 The Temple Of Solomon in Sao Paulo, Brazil costs 0 million. It is twice as tall as Christ the Redeemer in Rio de Janeiro. | (Photo: otemplodesalomao.com) 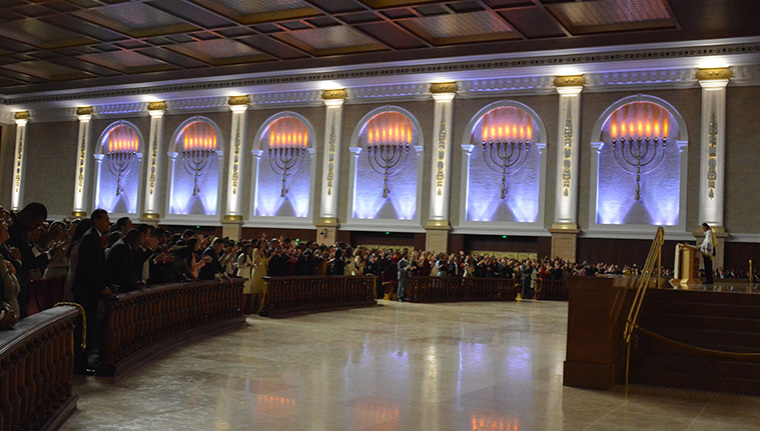 The sanctuary at The Temple of Solomon in Sao Paulo,Brazil. | (Photo: otemplodesalomao.com) 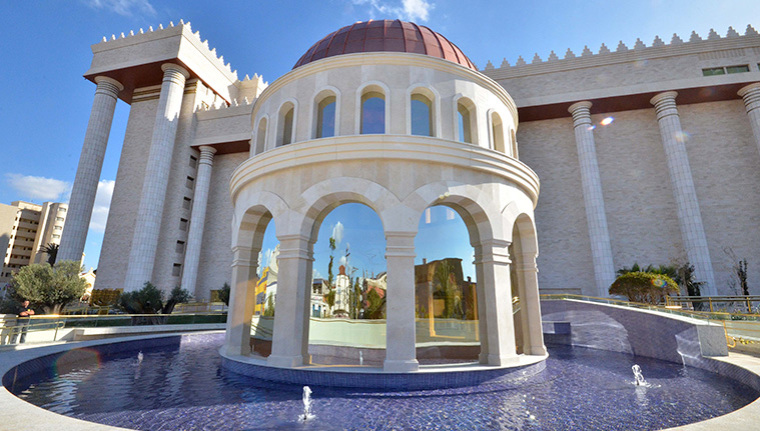 A Brazilian billionaire preacher inaugurated a massive church building in Sao Paulo, Brazil last week, designed to be a $300 million replica of the original Temple of Solomon, as noted in the Bible's Old Testament.

The temple, which takes over an entire city block, is an 11-story building twice the size of the iconic Christ the Redeemer statue overlooking Rio de Janeiro, and is complete with stone from Israel and a helipad for its founder's, Edir Macedo, convenience.

"This temple is not about a denominational project, but something so glorious and spiritual that transcends reason itself," said Macedo, according to the Temple of Solomon's website. "It will certainly awaken the dormant faith of those who are cold and will prompt a national and worldwide revival."

Macedo, who is also the founder and leader of the Universal Church of the Kingdom of God, a Pentecostal denomination specializing in prosperity theology, initiated the idea to build the 10,000-seat church by sparing no expense.

Although it does not include every detail that the original Temple of Solomon had, its blueprint is similar but decked with modern luxuries.

Some of its grandiose features include Italian marble, olive trees and stone imported from Israel. The exterior boasts 30 soaring columns and next to the building stands a dome structure with a roof made of copper, considered to be a museum that incases artifacts to give visitors an ancient biblical-times experience. The interior's walls are embellished with huge menorahs while the top of the altar showcases 100 square meters of gold stained glass windows.

Macedo intends the temple to be a tourist attraction, but he notes that its most important purpose is to be a worship venue.

"In this new Temple, all, without exception, will have free access to seek God, unlike the past Temple, where the only people allowed to enter were the high priest into the Holy of Holies," said Macedo.

So far, Brazil's Jewish community leaders have had differing opinions about Madedo's temple. Some note that its existence should be viewed positively while others see it as a less credible replica of the original.

"On the one hand, there's the favorable way in which Jewish culture and history are treated in the structure," said Nilton Bonder, a Brazilian rabbi, reported The New York Times. "On the other, there's the bizarre aspect of the project's dimensions and aggressive marketing."

Mecedo's strategy to attract tourists and worshippers has worked since its opening last week; he is known primarily for being a businessman who owns Brazil's second largest broadcast network, and being a preacher second.

Macedo was listed on FORBES' billionaires ranking in 2013, with a net worth estimated at $1.3 billion, making him the richest church leader in Brazil. In the past, he has been accused of criminal activity including money laundering and using church funds for his own business ventures.