When legendary Scottish footballer Bill Bell became Liberty University’s second men’s soccer coach in 1980, the young program quickly became a melting pot of players from all over the world.

“My first order of business was to expand Liberty’s athletics horizons and look to the international game to provide a pipeline of talent. Recruiting players from all over America, as well as Mexico, England, and Africa, became my calling card,” Bell wrote in his autobiography, “The Light at the End of the Tunnel.”

Coming off a 22-year professional career as a player and coach for Leeds United and other premier soccer teams in England, Bell spent 21 seasons in Lynchburg, Va., compiling a 198-149-40 record while helping the Flames transition from the NAIA to NCAA Division II and eventually NCAA Division I status in 1987.

Liberty Head Coach Bill Bell addresses his players during halftime of a game in 1982.

“Coach Bell put Liberty Baptist College, as it was called at the time, on the map from a soccer standpoint in the early 1980s,” said current Flames Head Coach Jeff Alder, a former LU player under Bell who also served as Bell’s assistant for nine seasons. “During his time, we had players from England, Ghana, Jamaica, and Trinidad and Tobago. With Liberty’s profile as a global university, we were able to attract players who fit into our Christian environment and culture, who wanted to get an education based on biblical principles — and also compete at an elite level.”

“We wanted boys who would not only be good players, but also be great testimonies for the Lord,” Bell said. “More than anything, I wanted to mold these boys into men who would play for the Lord and exemplify the spirit of Christ both on and off the field.”

The trek to the U.S. proved worthwhile for this foursome, as they helped elevate the program to new levels on the field. But even greater rewards came after graduation, when all of them found success in their professional careers, evidence of the major impact Bell and Liberty had on their lives.

“Coach Bell was like a father to me,” said Paul Annan, adding that Bell’s wife, Mary, was like the team’s mom. “Although he brought us to Liberty on athletics scholarships, he made sure we had a purpose and a goal in mind as to what we wanted to do in the future … and that our grades on the academic side matched our performances on the soccer field.”

Paul Annan was an accounting student who went on to earn his M.B.A. in corporate finance and become a Certified Public Accountant and Global Certified Management Accountant. He is now the fixed assets accounting controller at Mercedes Benz U.S. International in Alabama.

David Annan received his undergraduate degree in biology before going on to pursue his master’s in healthcare administration. Following a career as a captain in the U.S. Army and a company commander responsible for over 200 soldiers in both South Korea and the United States, he now works as a medical laboratory scientist at Walter Reed National Medical Center, the largest military hospital in the world, serving the U.S. president, members of Congress, the Supreme Court, and foreign diplomats.

Johnson went on to become a medical doctor in Phoenix.

Tetteh founded the Liberty Professionals Football Club in Ghana, one of the nation’s largest developers of amateur and professional soccer talent. Sadly, Tetteh collapsed and died on the field while playing in a recreational game on Sept. 3, 2011, Bell’s 74th birthday.

Besides being an inspirational coach, Bell was intentional about sharing the Gospel and training his players to pass it on.

“Coach Bell loves the Lord, and it showed in his actions at practice or at a soccer game,” Paul Annan said. “After every game, he would give us tracts to distribute and would always go to the opposing coach to spread the Good News. He was very persistent. I became spiritually stronger at Liberty partly because I had a leader in Coach Bell whose top priority for me was knowing Jesus Christ, and then academics and soccer.”

Johnny Sasu (’91, ’13), another in a long line of former Liberty players from Ghana, shares a similar testimony of the impact Bell had on his life.

“Coach Bell is one of the greatest soccer coaches I have ever encountered,” said Sasu, who earned bachelor’s and master’s degrees in business management and is now a senior accounting receivable analyst with Maimonides Medical Center (MMC) Holding of Brooklyn (N.Y.) Inc. “He always treated us very professionally and was always open to our input and feedback in the process of building Champions for Christ, academically and professionally. He was not only concerned about us winning games, but, more importantly, about us sharing our faith with the opposing teams so they had the opportunity to receive Jesus Christ as their personal Savior.”

After surviving a heart condition that required quadruple bypass surgery in 1993, Bell, along with his wife, felt the Lord leading them back to the United Kingdom to share the Good News of Jesus Christ with imprisoned youth. They founded Within the Walls ministry and answered God’s call to leave Liberty and serve in prison ministry full time in England in 2001. They returned to the U.S. five years later, introducing Within the Walls to prisons in South Carolina. They now live in Lynchburg, where they enjoy time with their grandchildren.

Bell turned 80 this past fall, and some of his players came back to Lynchburg to celebrate the milestone in the life of their coach and spiritual mentor.

Bell’s legacy of serving God through the sport of soccer lives on at Liberty. Over the past 17 seasons as head coach, Alder has extended Bell’s international recruiting efforts. Five of the Flames’ top players last fall came from outside the U.S. — midfielders Pepe Segarra from Spain, Kevin Mendoza from Mexico, and Shaun Stocker from England; forward Tresor Mbuyu from the Democratic Republic of the Congo; and defenseman Shalom Dutey from Togo, Africa.

“We’ve carried on that tradition,” Alder said. “It’s just so unique, bringing together guys from all different backgrounds and all different cultures. Trying to get them to understand that their relationship with Jesus Christ is the most important thing and then using soccer as a platform to reach others is what God has called us to do.”

Alder has coached 23 players who have gone on to play professional soccer, including midfielder Joshua Boateng, from Ghana, who was selected in the 2009 Major League Soccer (MLS) Super Draft after leading the Flames to their first Big South Conference tournament championship in 2007.

Seven other graduates have been selected in the MLS Supplemental Draft, including Ghanaian forwards Darren Amoo and Phillip Aseweh, who anchored Liberty’s last BSC Tournament title team in 2011 before going on to coach youth soccer in Texas and Ghana, respectively.

Alder and his wife, Lori, see the players as family and minister to them in much the same way that Bill and Mary Bell had done.

“Lori and I have two of our own children, and then we’ve got 27 kids that we adopt each year, and those guys are part of our family for life,” Alder said. “We’ve got an awesome responsibility to try to raise and develop these kids. We want to compete at a high level between the lines, but our first job is to prepare them to leave Liberty and be ambassadors for Christ and the university.” 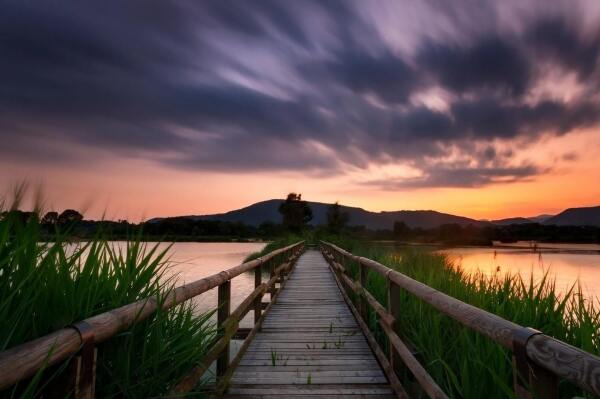 Skepticism is on the rise across America. Christian Post reporter Leonardo Blair writes that ...