There’s no denying the United States is experiencing a teacher shortage. In fact, research shows that the teacher shortage nationwide is "reaching crisis proportions" in some locations. Unfortunately, this trend is only expected to worsen.

Amid this ongoing crisis, the development of highly trained, capable teachers is of the utmost importance — and acquiring an advanced degree in education can make all the difference in the world.

Studies show that teachers who earn their advanced degrees demonstrate a deep level of understanding and commitment to the profession, allowing them to modify curriculum goals and better equip students to thrive in an academic setting.

Public schools in 48 states and the District of Columbia report teacher shortages in math for the 2017-18 school year, according to the U.S. Department of Education. Nationwide, teacher education enrollments dropped 35% between 2009 and 2014, the most recent year for which data are available, according to a report from the Learning Policy Institute — and it’s only getting worse.

“We are experiencing what appears to be the first major shortage since the 1990s,” said Linda Darling-Hammond, professor at Stanford University and president and CEO of the institute. “And teaching is, in some respects, as an occupation, at its lowest point in 20 years.”

Additionally, a recent report from ACT found that interest in becoming an educator continues to decline at an alarming rate among U.S. high school graduates. The Condition of Future Educators 2015 reveals that only 4 percent of the more than 1.9 million 2015 U.S. high school graduates who took the ACT test said they intended to pursue a career as an educator—either as a teacher, counselor or administrator. This is down from 5 percent in 2014 and down from 7 percent in 2010.

These findings corroborate a May 2017 study from researchers at the University of California at Los Angeles, which found that only 4.6 percent of college freshmen planned to major in education, down from 10 percent in the 1970s.

“These results point to the continuation of an ominous trend,” said Marten Roorda, ACT chief executive officer. “Quality teaching may be the single-most important factor to improving educational outcomes. For states to succeed in their efforts to raise the bar on student achievement, we must attract more talented young people to the field of education, not fewer.”

Why is There a Teacher Shortage Crisis?

These shortages are occuring nationwide for a number of reasons, according to the Learning Policy Institute.

One reason is the increased demand on public schools: As of fall 2017, 50.7 million students attended public elementary and secondary schools, according to the National Center for Education Statistics. By 2025, that number is expected to expand to 51.4 million. In contrast, the supply of new teachers is atypically low and has been declining.

Another reason is the mass exodus of teachers from the public school system: Over the last ten years, roughly 8 percent of Americans left the profession. The Learning Policy Institute identifies “inadequate preparation” as a primary reason many teachers leave the profession, as beginning teachers with little or no preparation are 2½ times more likely to leave the classroom after one year compared to their well-prepared peers.

“The teaching workforce continues to be a leaky bucket, losing hundreds of thousands of teachers each year—the majority of them before retirement age. Changing attrition would change the projected shortages more than any other single factor,” notes the organization.

Finally, low salaries play a role in the teacher shortage; salaries for U.S. secondary school teachers have largely remained the same over the past two decades, according to the National Center for Education Statistics.

Despite this, the value of teachers is widely acknowledged in American society. A survey by the Pew Research Center found that teachers were listed just behind soldiers as individuals who “contribute the most to society’s well-being.”

To combat this trend, the Learning Policy Institute advises “establishing a comprehensive and systematic set of strategies to build a strong teaching profession.”

“At first, the pricetag for these investments may seem substantial, but evidence suggests that these proposals would ultimately save far more in reduced costs for teacher turnover and student underachievement,” notes the organization. “Preventing and solving teacher shortages so that all children receive high-quality instruction is essential in a 21st-century economy for the success of individuals, as well as for society as a whole.”

An advanced degree in education can help give teachers the preparation they need to thrive in an academic setting, increase their earning potential, and better support their students.

An Advanced Degree in Education Better Prepares Teachers for Academia

One of the greatest benefits of earning a master’s degree is the large number of additional skills teachers acquire, better equipping them for success in the classroom. Increased training and preparation, studies show, magnifies effectiveness and reduces attrition. A 2014 report from the Consortium for Policy Research in Education found that educators with training in teaching methods or pedagogy were less likely to quit teaching after a year on the job.

According to “A Master’s Degree and Teacher Effectiveness: New Evidence from State Assessments,” conducted by Arroyo Research Services, teachers who earn master’s degrees demonstrate greater teaching effectiveness than those who don’t.

The study found that students whose teachers held a master’s degree performed better in reading and writing tests. Researchers examined over 4,000 teachers and 205,000 students, discovering that knowledge gained in a master’s program lead to improved student outcomes.

“We do find compelling evidence for a continued investigation of the relation between teachers’ advanced degrees and student outcomes, and we find evidence to support the hypothesis that master’s degrees are associated with teacher effectiveness,” notes the study.

Thanks to the extra years of education, teachers who earn their master’s degree learn new approaches to handling a classroom, develop effective teaching techniques, and gain a deeper understanding of the field of academia. This allows them to help their students better excel in the classroom, ensuring every child is taught by a competent, committed teacher.

An Advanced Degree in Education Increases Compensation and Earning Potential

Earning a master’s in education degree could open up doors to administrative positions and career growth opportunities. Some high-paying academic careers include School Principal ( $90,410 per year), Chief Administrator ($88,580 per year), Academic Dean ( $83,515 per year), or University Professor ($72,420 per year).

James M. Lang, author of  Small Teaching: Everyday Lessons from the Science of Learning, put it this way: “Though not all of our social problems can be solved with money, this one can. We will attract more candidates to the teaching profession when we pay them salaries that commensurate with the value of the incredibly important work they are doing. Uness you teach or live with a teacher, it’s difficult to understand the intense intellectual and emotional work that goes into teaching, and that is not well-reflected in their current levels of compensation. If we want more teachers, we need to make teaching a well-paid and highly respected position in our society.” 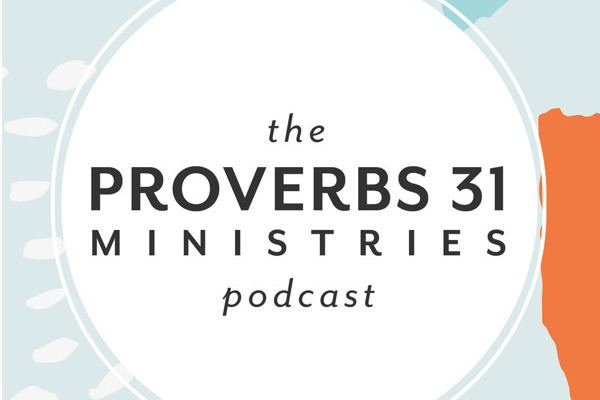 Podcasts are a powerful way to consume relevant and uplifting Christian content. From sermons to fulfilling ...