For Bethany Hamilton, surfing has always been far more than just a sport; it’s a way of life, instilled in her from the time she was a tiny girl riding the waves of Kauai, Hawaii. Her innate skill, coupled with unparalleled resilience, has propelled her to the top of the industry, giving her a place among the leading professional surfers of our time.

“Surfing is my passion and my joy and my God-given talent, and I’d go as far as to say it’s my vocation,” Hamilton told The Christian Post. “I’ve always been driven to perform well because I want longevity in my sport. I’ve been so blessed to be able to career doing something I love so much.”

At the age of 13, Hamilton’s dream of becoming a professional surfer was nearly dashed when she was attacked by a 14ft tiger shark and lost her left arm. A rising star in the surfing industry at the time of the accident, the athlete admitted she had “no clue” if she’d be able to return to her board.

“The thing is, I always had a willingness to try,” she recalled. “I didn’t know what I’d be capable of, I didn’t know if I could surf with one arm, but I was willing to try, failure or not. I feared losing surfing more than anything else.”

“Plus,” she added with a laugh, “I figured my odds of getting attacked by a shark again were lower than the average person’s since it had already happened once.”

Within four months of the attack, she was back on her board — and 19 months later, won the 2005 NSSA National Surfing Championship in the Explorer Women's event.

“Once I got up on my first wave and rode it to the beach, there was no turning back,” Hamilton said. “I didn’t know what I was fully capable of, but I continued to have the support of my parents and family. I also wanted life to get back to normality, and so much of that was competitive surfing.”

Hamilton’s story of perseverance against all odds was documented in the 2011 drama “Soul Surfer,” starring AnnaSophia Robb, Dennis Quaid, Helen Hunt. Now a 29-year-old mother-of-two, Hamilton’s story is continued in an inspiring new documentary, "Bethany Hamilton: Unstoppable.” Opening in theaters July 12, the film follows the athlete as she takes on the biggest wave of her career — named “Jaws” — all while navigating marriage and motherhood.

“So much has happened since ‘Soul Surfer’ that hasn’t been shared, or people weren’t aware of the capacity and talent I have in the ocean,” Hamilton shared. “This project developed into a feature-length documentary going from childhood to motherhood, and there are so many unique aspects of this film. It’s truly one of a kind. It’s also relatable. Putting myself out there like this is a little scary, but also exciting."

“Unstoppable” includes exclusive footage of Hamilton before and after the attack, including heartbreaking moments in the hospital, as well as her first attempts at surfing with one arm. Heartfelt interviews with Hamilton’s family, coaches and friends are also featured, relaying the athlete’s tenacity both on land and sea.

In 2013, the athlete married Adam Dirks, and the couple has two sons together: Tobias, 4, and Wesley, 1. The athlete surfed throughout both pregnancies — and actually improved her craft during those months.

“I’ve always been determined, and I think it started with my childhood training,” Hamilton said. “There was so many aspects of surfing that teach you life skills. I would get pounded by waves, but I’d paddle back out. I’d fall, but I’d catch another wave. As a young child, I was trained by the ocean to paddle back out there and keep going regardless of obstacles..”

“Surfing is so challenging, and I think there’s something alluring about that; wanting to get past that challenge of it,” she continued. “The ocean is so humbling and it always put you in your place. No matter how good you are, it’s always going to win. I really realize that surfing has taught me a lot about being dedicated and hardworking and focused and sacrificing certain aspects of my life to be good at my sport.”

Woven throughout the film — and Hamilton’s life — is her commitment to her faith. A devout Christian, the athlete cites her relationship with Jesus Christ as the reason her backbone; her source of truth, hope, and strength. A common theme throughout her life, she said, has been James 4:7: “Submit yourselves therefore to God.”

“Submitting to Christ means every day recognizing God’s faithfulness is true and good and pure,” she said. “It’s not necessarily my faithfulness; I put the emphasis on God being the One who is faithful. He’s consistent and right and good and loving and forgiving on a daily basis. It's recognizing that God is the ultimate giver and forgiver, and it’s through Christ that we are able to overcome everything that we go through. Putting the glory in His name and not in our own.”

In addition to her career as a professional surfer, Hamilton is today an author and motivational speaker. Whether she’s surfing, writing, or sharing her story through film, her goal is to encourage young women and girls to find their God-given passion and inspire them to live their life with more tenacity, courage, and faith.

“I hope people will be encouraged to overcome the challenges in their life and be encouraged in their journey to be unstoppable,” she said. “Unstoppable doesn’t mean perfect; it means able to adapt and overcome and get through life’s challenges.”

“I hope this film is positive, encouraging, and uplifting for viewers,” she added. “I want everyone to realize that with God, it’s possible to overcome even the greatest challenges.” 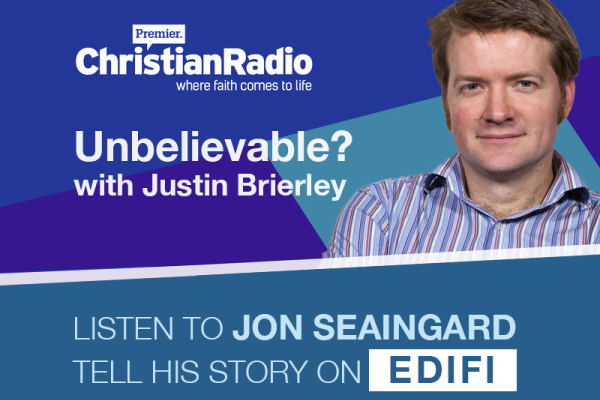 Jon Steingard, the former lead singer of Christian band Hawk Nelson, shocked the world when he recently took to social ...