In a culture where many children’s movies and TV shows push an anti-Christian agenda, one film is trying to combat that with an uncompromising Christian message wrapped in an exciting, captivating story aimed towards and resonating strongly with children.
From the producers and directors of “What God Hath Wrought,” the story of Pastor Chuck Smith and the Jesus Movement, comes “I Believe.” The film follows Brian, a nerdy 9-year-old who loves comic books and superheroes. One day, Brian has a supernatural encounter with God, an experience that sends him on an adventurous quest to “find out more about what Christians believe.”
But as Brian’s enthusiasm for the Bible and Jesus grows, so does the opposition around him. He’s bullied at school for his beliefs, while his own father, an atheist TV Newscaster, discourages his son’s newfound faith. Brian eventually finds allies in a Pastor of a local Church and a wounded U.S. Marine, encouraging him to continue growing in his faith. His pure and innocent faith stuns the adults around him and brings about manifestations of God’s extraordinary power that quickly become Breaking News.
Starring Jeremy London, Wilford Brimley, Matt Lindquist, and Rowan Smyth, “I Believe” is more than a cute children’s movie about miracles, tackling relevant issues like persecution, freedom of speech, censorship, and fake news. Brian routinely faces mockery and criticism for his beliefs — yet demonstrates an unwavering belief in God, teaching even the youngest viewers to stand for truth in the face of inevitable backlash.
A Christian Alternative to "Harry Potter"
For parents and grandparents, finding positive, praiseworthy things on TV or in the movies can feel like a losing battle.TV shows and Films sometimes subtly and other times, in the case of "Harry Potter", blatantly promote evil and the dark arts -  and undiscerning Christians fall for the trap and expose their children to it.
According to the producers of “I Believe,” the film was birthed out a desire to inspire kids to believe and trust in the Word of God — and give parents peace of mind when it comes to the entertainment their children consume. “I Believe” is a clean, family-friendly film where biblical principles are front and center, characters are positive role models, and storylines support family values.
Although entirely family-friendly, “I Believe” isn’t just for kids. The film highlights the importance of childlike faith — for children and adults alike. In Matthew 18:2, Jesus says that those who want to enter the Kingdom of God must “become as little children.”
With stellar acting, a high production value, and a compelling storyline, “I Believe” also provides believers with an opportunity to share the Gospel with others.
“The film makes a great witnessing tool for Non-Believers who might not necessarily step foot in a Church but would want to watch an entertaining quality film,” the producers say. “By doing so, the audience will experience an adventurous plot filled with twists and turns and at the same time will get to hear the Gospel.”
Standing Firm on Biblical Truths
Produced and directed by a husband and wife team “I Believe” is truly a mom and pop independent film production. According to the producers, “Being independent has allowed us not to have to compromise the message which is the Gospel of Jesus Christ. We were able to listen to God and get out what He wanted us to get out without being censored for monetary or other reasons.”
The producers pointed out that far too many churches today shy away from presenting the full Gospel because they want a larger following — and sadly, some Christian filmmakers hold to the same philosophy.  “This is definitely not the case with ‘I Believe,’” the producers say, adding that a “bold presentation of the Good News is woven into the script and develops organically in the story."
Presenting the Gospel in a creative and winsome way has not only made "I Believe" popular with the audience and a Bestseller at Amazon and Walmart it also has earned high praise from the movie watchdog The Dove Foundation which gave it a 5 Doves Faith Friendly All Ages rating.
It is a movie for the entire family to enjoy, designed to inspire kids to believe and trust in the Word of God, and to inspire adults to have faith like a child,” say the producers.
“I Believe” is available for purchase at WalMart stores and on Amazon. To learn more, visit www.ibelievethemovie.com.
A 9 year old boy experiences God's power in a supernatural way. 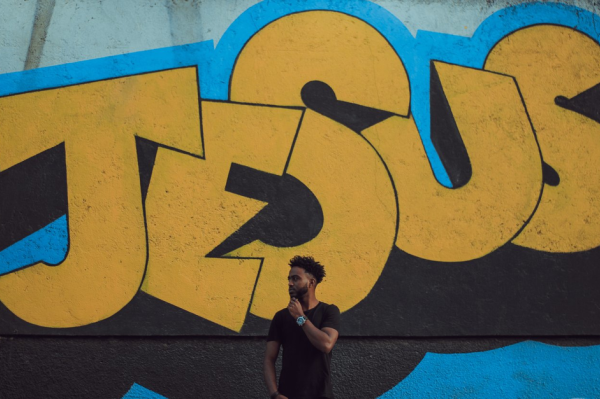 Can we remain neutral toward Jesus? In a recent conversation with a younger co-worker, he expressed to me that many in his generation are experiencing real frustration with the news media, along with feelings of uncertainty and a lack of hope for the future.