To help mend fractured police-community relations and combat civil unrest, Christians have an obligation to present social justice from a biblical perspective to a watching world, a former police officer has argued.

“Typically, if you look at the definition of social justice, it has a component of laws being made to suppress certain individuals along with a restriction of resources and opportunity,” he said. “That’s really the key term that we see. That’s the context today.”

Christians, however, have an obligation to approach the issue differently, promoting reconciliation and seeking the objective truth while maintaining justice.

“One is a situational focus, and the other is an objective focus, where we’re trying to find the truth — and that’s a huge difference in the two different narratives today,” he continued. “Here at Liberty, we align with that view, we’re trying to follow what the truth is...We advocate for those who can’t advocate for themselves, we advocate for, as the Bible says, the widows and the orphans and those who can’t do for themselves. So, there’s a different focus.”

Over the past several years, the U.S. has seen rising tensions over alleged police brutality against black Americans. Some police shootings have garnered national attention, sparked public protests, and led to the formation of movements such as Black Lives Matter.

Eight-in-ten police officers say these high-profile incidents have made policing significantly more challenging and more dangerous in recent years, a Pew Research study found. FBI statistics show that 2016 saw a sharp rise in police officers killed in the line of duty, with a 72 percent increase in shooting deaths over the previous year.

While acknowledging that some police agencies have done little — if anything — to improve police-community relations, Cox contended that the narrative of police violence pushed by the media is often full of errors and salacious misinformation.

“The statistics pan out just a little bit differently than what these movements may be saying,” he said. “I think it’s important to keep in mind, what are the actual statistics compared to what’s being reported on the street to build up media play, to build up the movement, to give movements more power? I think we really need to look at that.”

He added, “But, it still boils down to social justice and the perception of individuals, and it comes out quite often as riots or pushback against the police.”

Cox speaks from experience, with criminal justice experience spanning an impressive 24 years. In addition to working as a local sheriff deputy, he also served as a Virginia State Trooper and officer with the 43rd largest city law enforcement agency in America. He also authored a SWAT Team Manual, developed a SWAT Officer Development Program, and investigated over 200 violent crimes.

Rather than blaming either side, the solution to mending fractured police-community relations is multifaceted, he argued. A healthy approach places the onus of responsibility on U.S. citizens, the police, and the government.

Police and governing authorities, he explained, have an obligation to defend the weak and fatherless (Psalm 82:3); seek justice and correct oppression (Isaiah 1:17); and uphold the cause of the weak and the oppressed. Applying these biblical principles to government agencies, Cox said, would leave little room for poor police practice and improper treatment of citizens.

“We look at what police officers do on a day in, day out basis, and they go to those in need who may not be able to help themselves,” Cox said. “That’s a lot of weight on a police officer’s shoulders. If you’re not walking with God, and God hasn’t called you to that profession, it would be very difficult to deal with.”

“[Police agencies] should look for opportunities to partner with communities...and faith-based organizations [and] local college campuses,” he continued. “That creates an overall program that helps police departments relate a little bit better to the agency or to the people that they serve.”

In turn, U.S. citizens have an obligation to vote, uphold the family, take part in governmental processes, and submit to authority, as it is established by God (Romans 13:1-7).

These principles, Cox said, are the foundation of the criminal justice classes he teaches at Liberty University, from Criminology and Corrections to Justice Administration. To better equip students to thrive in the world of criminal justice, he also employs a method he calls “teaching beyond the theory.” In collaboration with local law enforcement professionals, students are encouraged to practically apply theories taught in the classroom to real-life or simulated situations.

“They learn early; they don’t have to wait until they’ve been sworn in and have a job to work their first crime scene, they’re doing it right now,” he said. “Teaching beyond the theory, I think, is important in the university setting, and it’s very, very important in the criminal justice setting because of what our criminal justice professionals have to be able to do once they graduate.”

Still, he speaks candidly about the risks associated with criminal justice work and presents practical, Bible-based strategies for managing both the short-term and long-term stress associated with the field.

“Here's a charge that I give our students,” he concluded. “You need to be praying that God will lead you into the profession that you need to go into, that He’ll equip you, and that He’ll be beside you to get you through those things of criminal justice.” 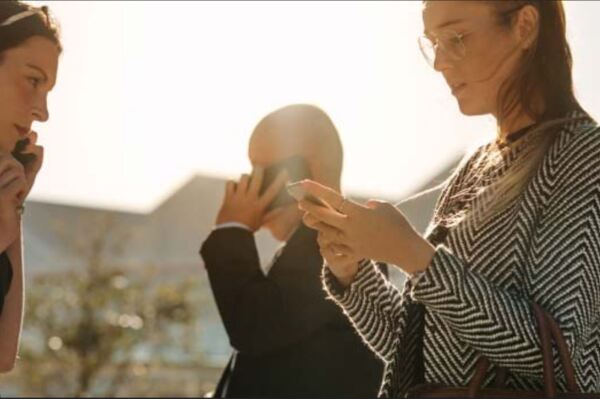 5 Reasons People Don’t Give to Your Church

Provided by Pushpay, authored by Ryan Nelson In an ideal world, every member of your church would financially partner ...