In a society defined by moral relativism and “fake news,” the need for discerning, committed Christians defined by their passion for truth has never been greater in the world of media, an industry expert has argued.

“Studies show that when people see something presented on television or video, they take it as truth, whether it is or isn't,” said John Rost, chair of Digital Media and Journalism at Liberty University. “And that’s the dangerous part. The industry is unhealthiest when the people shaping that visual message are tarnishing it by being disingenuous to the truth. If they are not acting with integrity and honesty, they can completely derail societies, political campaigns, and political movements."

In contrast, those defined by the biblical principles of honesty, integrity, and personal responsibility are assets to the industry and desperately needed — particularly as public trust in major institutions, newspapers, and television news continues to drop.

“When we’re looking to hire, we're looking for the needles in the haystack,” Rost explained. “They’re the people who live the life that Christ would have them live. They're honest, they have a great deal of integrity, focus, and energy. They have a calling to whatever they're doing, and they do it to the best of their ability.”

With over 20 years of professional experience in media production, Rost has seen the ebb and flow of the business — from the rise of social media to the emergence of virtual reality and streaming services. The increasing globalization of media, he said, makes it an unprecedented ministry tool.

“Even as I was graduating college, now quite a long time ago, I didn't understand that media was the ministry,” he said. “Now, here in the 21st century, media is how we communicate. I think it's always, and should be, about storytelling. And, it should be a true story."

In his classes at Liberty University, Rost draws upon his industry experience to teach strong storytelling techniques to students along with cross-training on a variety of world-class production systems.

“There’s a commitment to making sure students have the best possible firsthand experiential learning environment through premium facilities, equipment, and training that will translate into jobs later,” he said.

And because they’re taught to view the world of media and communication through a biblical lens, Liberty graduates are “committed to honesty” when other media professionals are “blinded to the truth of the matter,” Rost contended.

Storytelling, he said, is how audiences connect with the message — regardless of age, religion, or political leanings. And, when the media industry is healthiest, he said, there’s an “integrity to storytelling and adhering to the facts and the spirit of what the subject is trying to express through the spoken word.” 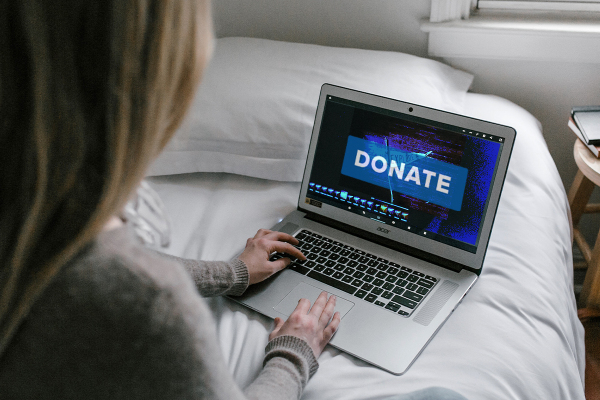 COVID-19 And The Future of Church Giving

The people in your church are more comfortable using digital tools now than they ever have been.For the past few ...