CP Current Page: Liberty University
In But not Of: How Christians Can Engage a Secular Culture With the Gospel
Facebook Twitter Email Whatsapp Whatsapp Google Reddit Digg Stumbleupon Linkedin

Throughout history, the arts have played a significant role in creating culture, shaping tradition, and defining our personal and national identities. But despite its significant influence on society, the world of the arts has sometimes been viewed at odds with the Church. At best, music, dance, and cinema have been regarded with apathy — at worst, treated with animosity.

“There’s an aspect of the [arts] industry I think the Church doesn’t realize: We’re actually part of a cultural industry,” he said. “From a Judeo-Christian worldview, the industry is really healthy when it is infused with the voice of the Church and from a biblical perspective.”

Throughout the centuries, God has called numerous Christians to careers in the arts, from sculptors and painters to musicians and playwrights, Smith contends. Humans, he said, are made in the image of God the creator, intentionally designed to create, develop, and perform. Simply put, art should be important to the Church because it’s important to God.

“If we go back to Genesis 1:1, we have the presentation of God as a designer and as an artist,” he said. “The industry actually is Christ’s idea — it generated with Him. And so, the arts are part of what He would do. We have really early mentions and references in the Scripture to various art forms such as music and foundry-type of work. God put those types of skills in this book because we’re created in God’s image.”

Smith’s passion for integrating his faith with his artistic ability began at an early age. After obtaining a bachelor's’ degree in religion, he returned to school to earn a second degree in the field of art, and finally a Master of Fine Arts degree.

“I couldn’t get away from the idea that God was leading me into the field of art,” he said. “I wanted to use my artwork in a setting that was not necessarily church or church-related, but that could reach the culture...making artwork in culture could provide me with a platform and an influence for people who may have questions or who might have an interest in Christianity.”

As a professor at Liberty University, Smith teaches his students to use their artistic gifts to reflect the importance of art in human life and the Christian faith. From sculpture and painting to music and dance, all forms of art ultimately point back to a divine creator.

“One of the things that we talk to our students about a lot is the idea that their reason for creating is not just for a job — it’s not just to please their employer,” he said. “Their reason for creating is to create out of love for God. And in doing that, they are reflecting back to God, bringing Him glory, because they do it out of an eternal motivation instead of an external motivation.”

Instead of shying away from the arts, he encourages his students to embrace their God-given talents and develop artistic skills so they can better engage with secular culture.

He explained, “The risk of the Church being apathetic toward the arts — whether it’s cinema, theater, dance, or visual arts — is that you don’t have Christ-followers who are in that environment, who have been educated by professionals in the field to know how to navigate that environment, who know how to make a difference in an eloquent way so they can have a strong influence for the benefit of the Church.”

“[Secular artists] may not believe our faith, but when they see excellence of it, they cannot deny the quality of the artwork,” he said. “The risk comes when the Church does not engage the imagination of the culture in creative and excellent ways.”

In addition to integrating a biblical worldview into every art class and program, Liberty University provides both residential and online students with the resources and networking opportunities to equip them for success in their God-given calling.

“Many Christian schools have developed arts programs, Liberty being one of those,” Smith said. “We offer a Master of Science in Art, a Bachelor of Fine Arts degree, and one of the few Master of Fine Arts programs in the country from a Christian perspective. Our department motto is, ‘Reflecting God’s creativity to bring Him glory.’ Really, that’s what it’s all about.” 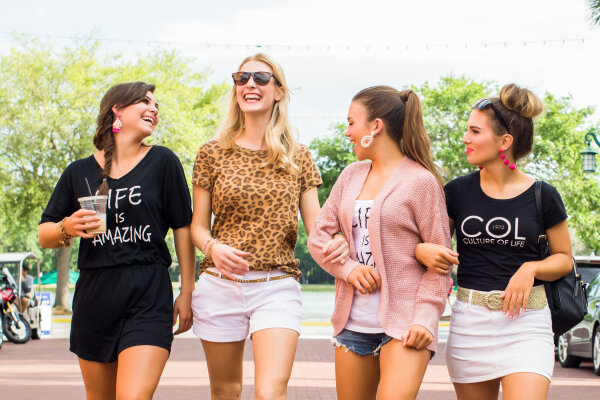 All across the USA teenagers are inspired by Life. These kids grew up seeing photos of their younger siblings in 4-D ...