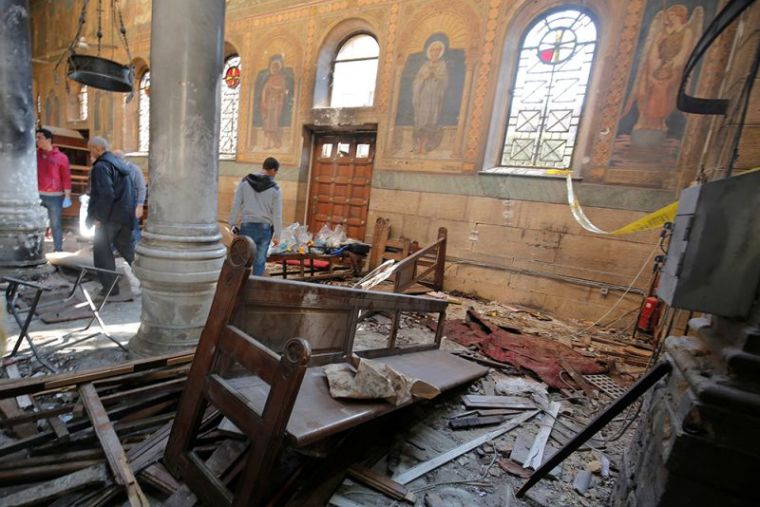 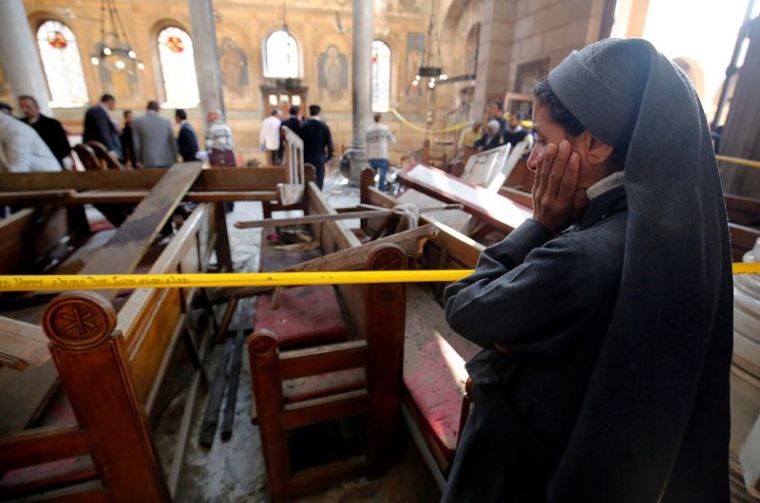 A nun cries as she stands at the scene inside Cairo's Coptic cathedral, following a bombing, in Egypt December 11, 2016. | (Photo: Reuters/Amr Abdallah Dalsh) 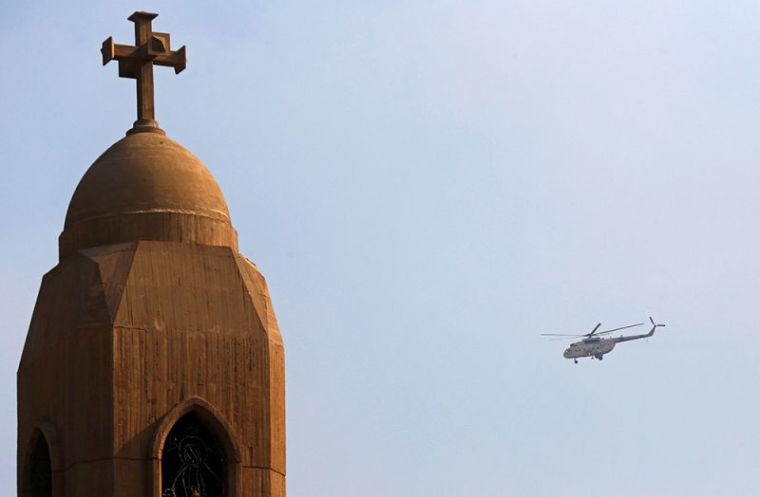 A military helicopter flies above the Virgin Mary church during the funeral for victims killed in the bombing of Cairo's main Coptic cathedral, in Cairo, Egypt December 12, 2016. | (Photo: Reuters/Amr Abdallah Dalsh) 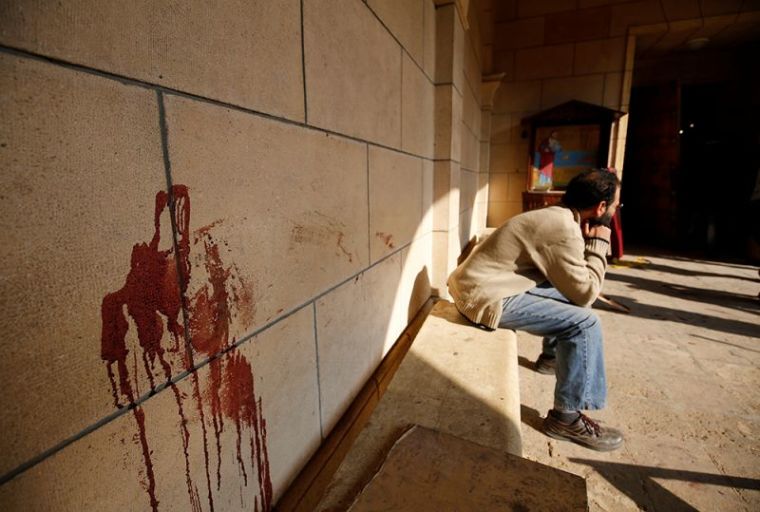 An Egyptian Christian sits on a bench near a blood stain on a wall at the scene following a bombing inside Cairo's Coptic cathedral in Egypt December 11, 2016. | (Photo: Reuters/Amr Abdallah Dalsh) 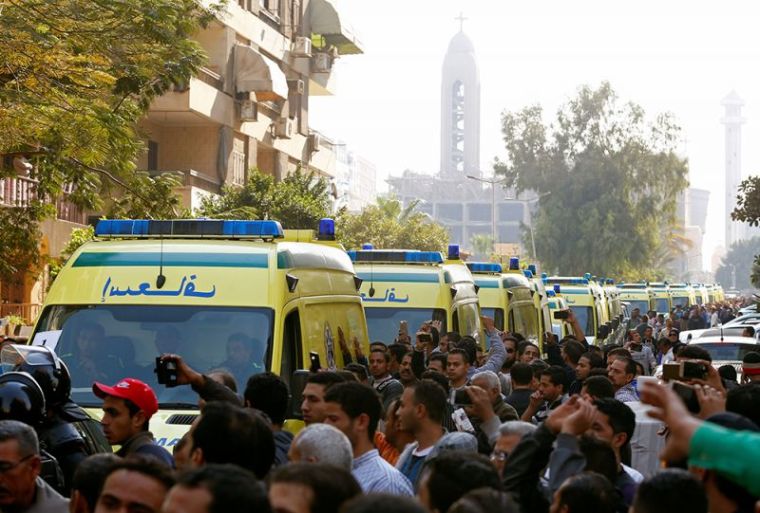 The suicide bomber who attacked Cairo's main Coptic church on Sunday, killing 24 people during a worship service, had a history of violence going at least as far back as 2014.

Mahmoud Shafiq Mohamed Mostafa, 22, has been named as the man who committed the terror attack at the church of St. Peter and St. Paul, which is attached to the St. Mark's Coptic Orthodox Cathedral in Cairo.

The English language Egyptian news site Al-Ahram reported on Tuesday that according to local media, Mostafa was once arrested in 2014 for violent acts.

"Al-Watan newspaper said it had published in March 2014 a news report of two men apprehended in Fayoum governorate, one of whom was the man the president identified as the bomber," reported Al-Ahram.

"Al-Watan's 15 March 2014 report said the two men were arrested for participating in a march that attacked members of the anti-Muslim Brotherhood Tamarod movement in Fayoum governorate earlier that day."

Al-Ahram also cited a story from the Al-Masry Al-Youm news website, which reports that "Mostafa has been residing in Sinai for the past two years."

On Sunday, the St. Peter and St. Paul Church was the site of a suicide bombing that killed 24 worshipers and injured as many as 49 others.

"The attack targeted one of the most symbolic religious sites for Copts, an ethno-religious group centered in Egypt."

The victims of the attack were given a state funeral and Egyptian President Abdel-Fattah El-Sisi announced that the nation would observe three days of mourning.

"As we are bereaved by this violence and terrorism that attacks worshipers, we pray for these martyrs and for the wounded," said the Coptic Orthodox Church in a statement, as reported by CNN. "The Egyptian church stresses on persevering national unity that keeps all Egyptians on Egypt's blessed land."

According to the Christian persecution watchdog group Open Doors USA, over the past few years historic Christian communities like the Copts have been increasingly targeted by extremist Islamic groups.

"In 2013, the Egyptian military removed President Mohammed Morsi, the elected leader, who had connections with the Muslim Brotherhood. Some of Morsi's supporters blame Christians for supporting his removal," noted Open Doors.

"A month after he was unseated, 82 churches were burned and hundreds of Christian homes and businesses were looted and burned in a two-week period of violence in August 2013."