Iraqi schoolgirl Myriam, whose message of forgiveness for ISIS 'captured millions of hearts' when it went viral, urges Christians to pray and bring hope to refugee children. As World Refugee Day approaches on June 20, SAT-7 documentary Sequel of Hope broadcasts her family's message of hope after returning to their hometown of Qaraqosh. 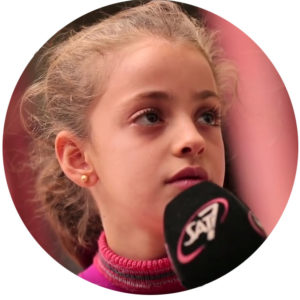 The world has changed since the testimony of 9-year-old Myriam went viral in 2014. In an interview with SAT-7 Producer and Director Essam Nagy, she inspired audiences around the world when she forgave ISIS for displacing her from her home in Qaraqosh, Iraq, forcing her to leave everything she knew for a refugee camp in Kurdistan. Myriam said she found comfort and strength in watching SAT-7’s children’s TV shows in the camp – programs that helped her grow in her faith and extend forgiveness to ISIS.

There are millions of Middle Eastern children like Myriam and her sister Zomorod. According to UNICEF, the United Nations children’s fund, 17 million children were displaced by conflict within their own country in 2017, and 13 million more children were forced to flee to other countries for refuge. And perhaps because of the magnanimity of the crisis, Myriam and Zomorod's story is no less remarkable or critical to the future of the region.

In 2014, there were three prayers on the heart of young Myriam and God has miraculously answered all of them:

DESTROYED IN ONE MOMENT

Mother Alice reflects on witnessing the destruction of their hometown upon return: "At first I saw everything in our house was turned upside down. Then, I saw other people’s homes were burnt, destroyed, robbed. We were in shock to see all the efforts of our life’s work overturned in one day. Homes they’ve had 50 years and in one moment, destroyed or burned."

Homes and churches in Qaraqosh that hadn’t been demolished by rockets or burned to the ground were looted and still bear bullet holes in the walls. At a local building in Qaraqosh, militants shot a mural of Jesus, and spray painted graffiti on a church reading "The ISIS caliphate shall remain forever."

Myriam's family returned to find their home looted and in disarray, all the while thanking God that the family Bible and structure were otherwise intact. And as Myriam says, the hearts of the Iraqi people do not reside in buildings. She says, "Look, it's not about the house. It's about what you feel in your heart. It's that God is always protecting and you can just count on him."

DO YOU STILL FORGIVE ISIS?

When asked if she still forgives ISIS, Myriam says, "Of course I forgive them, like I told you. I love Qaraqosh. It’s where I was born and studied during my childhood. But the more important thing is that I love to see people believing in God.”

Having grown up watching SAT-7 Christian television, and even appearing as a guest on her favorite kids’ show over Skype, Myriam is touched that Director Essam Nagy and his wife, Magdoline, felt for her and cared about her family’s plight. After several years of keeping in touch through prayers, calls, and encouragement, they were overjoyed to be reunited during the Eastern Easter holiday. Mother Alice prepared an Easter dinner for the guests and father Waleed prayed over the meal. On Easter day, the family attended church and dressed in festive attire for a massive Easter parade in the streets.

In a nation where Christian families have been murdered and hidden in mass graves, in a town that was once relegated to an insurgent holdout, Iraqis are rebuilding their lives. They gathered by the thousands celebrating Palm Sunday, triumphant in the hope and healing of life in Christ.

In observance of World Refugee Day on June 20, many are wondering what they can do to make a difference. Perhaps you want to connect with an immigrant in your own community but can't find the words. Intercede in prayer and support ministries carrying the life-changing truth of the Gospel to the ends of the earth!

Stay tuned next week to learn how Iraqi churches and families are working to rebuild their lives following decades of turmoil. #SequelOfHope #WorldRefugeeDay

MAKE A KINGDOM DIFFERENCE – YOUR $5 BRINGS 5 REFUGEES THE HOPE-FILLED MESSAGE OF CHRIST FOR AN ENTIRE YEAR! 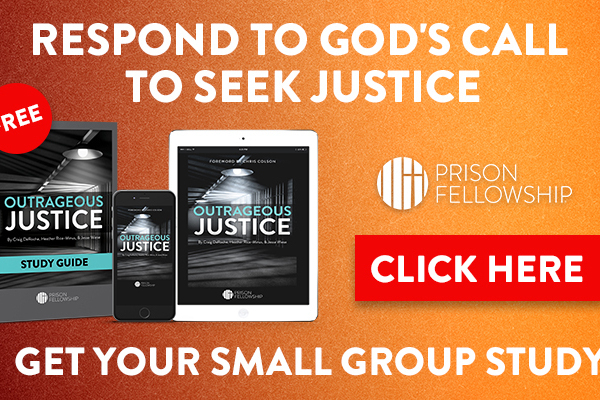