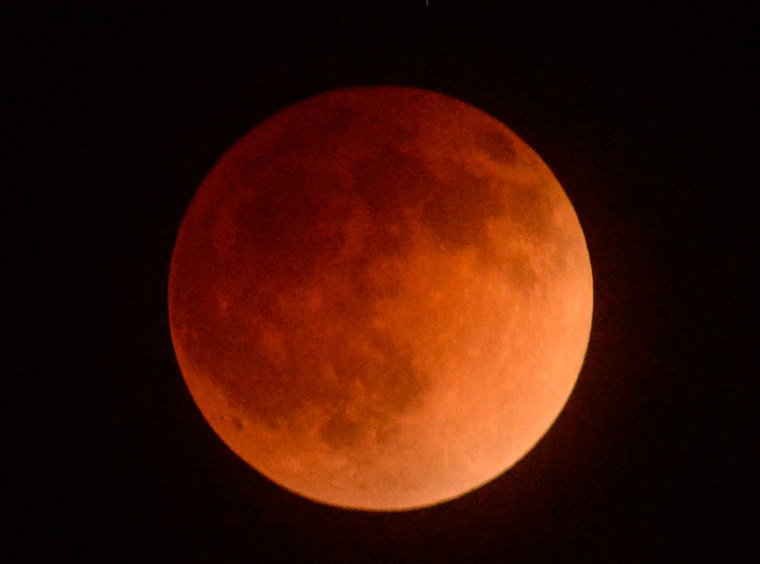 The moon is shown in eclipse from Los Angeles, California, April 15, 2014. The lunar eclipse will unfold over three hours when the moon begins moving into Earth's shadow. A little more than an hour later, the moon will be fully eclipsed and shrouded in an orange, red or brown glow. | (Photo: Reuters/Gene Blevins) 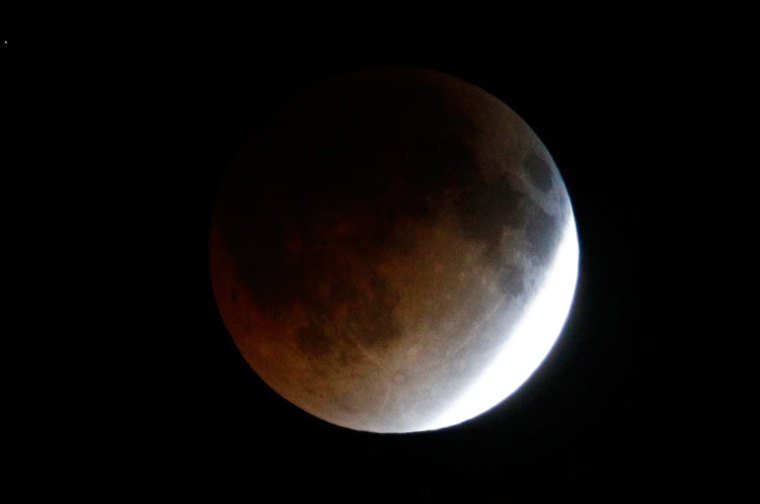 A shadow falls on the moon as it undergoes a total lunar eclipse as seen from Mexico City April 15, 2014. | (Photo: REUTERS/Edgard Garrido) 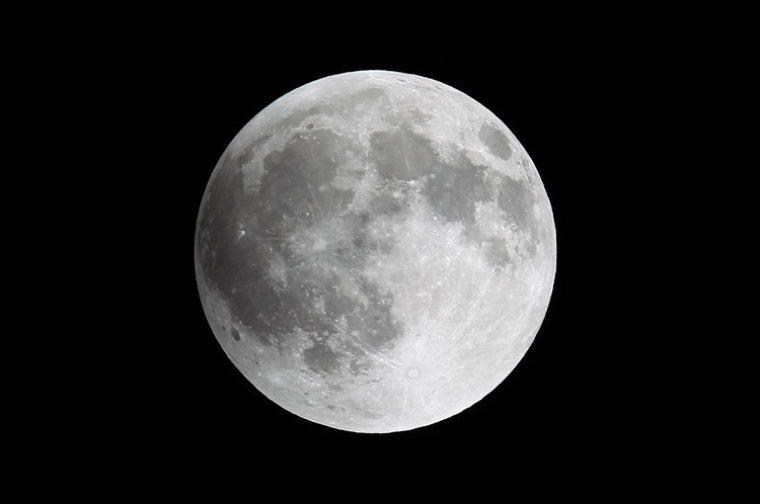 A shadow falls on the moon as it undergoes a total lunar eclipse as seen from Mexico City late April 14, 2014. | (Photo: REUTERS/Edgard Garrido)
View Photos

People in North and South America who stayed up between 2 and 4:30 a.m. ET on Tuesday morning were able to catch the best view of the "blood moon" lunar-eclipse. Those who missed it will have another opportunity in the near future.

"The fact that there are four lunar successions coming this year and next ... is unusual," said Ed Krupp, director of the Griffith Observatory in L.A., which attracted thousands of onlookers, CNN reported. He said that the event, in which the moon adopts a "typical copper red," is rare and helps draw crowds.

"But it's not the kind of thing astronomers get worked up about. It doesn't really mean anything. It's a chance arrangement of gravity and the motions of objects in the solar system, primarily the Earth and moon."

Some of those who were able to catch a good look at the lunar eclipse described it as "energizing."

"Everyone is always looking down at their phones, their iPads," said Gene Ireland, who teaches astronomy to middle school students, and was able to peek through his 12-inch Dobsonian reflector telescope at the hilltop observatory. "We want them looking up. Looking up, you see a whole different world. Getting away from the cities and traffic, and the sky is just beautiful."

NASA eclipse expert Fred Espenak said that the blood moon will be visible in North America three more times between now and September 2015, including on Oct. 8, followed by April 4 and Sept. 28 of next year.

Astronomer Bob Berman, who hosted a live lunar eclipse webcast from Arizona's Prescott Observatory, said that the event was even more special because Mars made its closest approach to Earth since 2008 on Monday night, coming within 57.4 million miles of our planet.

"It was the most special one, I would say, of our lives," Berman said, according to Fox News. "What made it particularly extraordinary was that it happened on the same night as the closest approach of Mars to Earth in years."

"We'll never again for the rest of our lives see a total eclipse of the moon on the same night as the closest approach of a bright planet like Mars," Berman added.

John Hagee, founding pastor of Cornerstone Church in San Antonio, Texas, and author of Four Blood Moons: Something Is About to Change, suggested a deeper meaning behind the lunar eclipse, arguing that God is using the sun, moon, and stars to communicate with people and to announce things to come.

In an op-ed, Hagee pointed out that the tetrad of blood moons falls on important religious dates, including during both Passover dates in April 2014 and 2015, as well as on both Feasts of Tabernacles in October 2014 and September 2015.

"The fourth Tetrad is coming. God is shouting to us, 'Something big is about to happen!'" the Cornerstone Church pastor wrote.

Dr. Joel McDurmon, Ph.D. in Theology from Pretoria University and the director of Research for American Vision, has, meanwhile, rejected Hagee's suggestions.

"[Hagee] openly ties to this lunar 'tetrad' event to biblical prophecies in which he says Russia and Iran will be wiped off the map, the battle of Ezekiel 38 will occur, and 'your redemption draweth nigh.' For these reasons I concluded that Hagee has gone far beyond anything Harold Camping ever did, and ought to be treated with the same utter rejection when his predictions fail," McDurmon wrote in a blog post Monday.

"In mainstream news outlets, however, Hagee has kept his predictions much more general."

"There may indeed be 'something big' on the near horizon of foreign affairs – especially with Russian foment in Ukraine and another even bigger financial crisis looming across the West. I would be shocked if nothing 'big' happened in the next 18 months, and I would be shocked if whatever happens does not involve one of the volatile nations like Russia or Iran, Syria or Egypt, and perhaps Israel as well," McDurmon noted. "But whatever happens, it will have nothing to do with biblical prophecy – not as Hagee would have the unsuspecting general public believe."