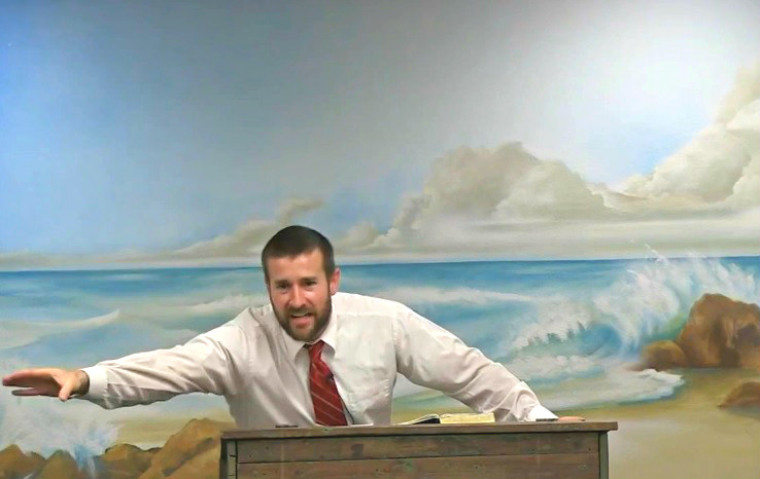 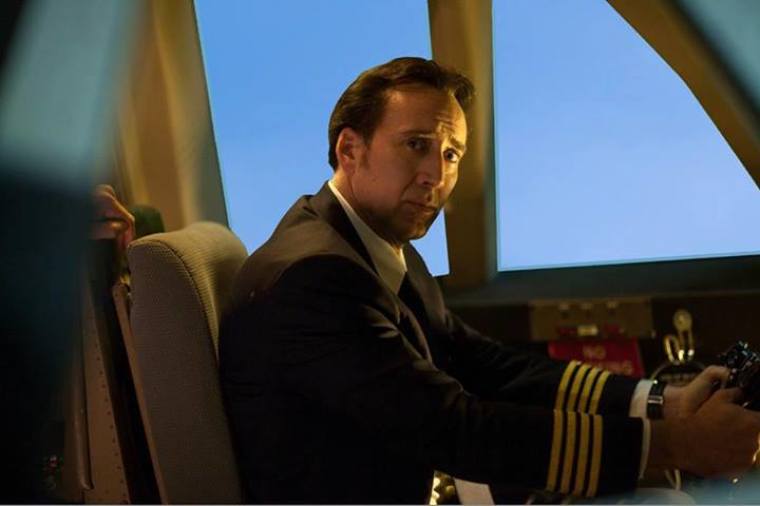 Arizona pastor Steven Anderson, known for his controversial "Why I Hate Barack Obama" sermon and remarks that "gays should be executed," recently uploaded a new sermon to his YouTube account in which he attacks "Hollyweird" actor Nicolas Cage for starring in the "Left Behind" remake and "prostituting himself to liberal Christianity."

Pastor Anderson, who leads the independent Faithful Word Baptist Church in Tempe, Ariz., insisted in his sermon uploaded Feb. 4 that the Bible teaches that God will pour out His wrath and judgment on the unbelieving world "a half hour" after the rapture of Christians from the earth. The timing of the rapture, or the spiriting away of Christians to heaven at the end of the world, is a point of contention among Protestants who embrace the concept.

The Left Behind book series, on which the movie remake is based, is set in a pre-tribulation rapture that has Christians being taken to heaven before a lengthy period of judgement ensues on the earth. For a breakdown of the different issues related to the rapture, read "End Times Infographic Dissects Christian Views on Tribulation, Rapture" or What Evangelical Leaders Say About the End of the World, Rapture.

He then turned his attention to the new "Left Behind" film and its lead star.

"I mean Nicolas Cage's career must be going downhill," said Anderson, his words greeted by chuckling from congregants.

"I mean if he wants to do this kind of a B movie… Nicolas Cage has now prostituted himself to liberal Christianity," the pastor added. "Do you think Nicolas Cage is a Bible-believing Christian?"

Some congregants can be heard in the video responding, "No way."

In his remarks on Cage, Pastor Anderson also named celebrities like Mel Gibson, Justin Bieber and the members of U2, and suggested, "We as God's people should not get excited about celebrities of the world [just because they throw Jesus a bone]. They're ungodly."

The same issue concerning Cages' faith was raised in December in a Facebook Q&A with Paul Lalonde, writer and producer of "Left Behind," and Christians following the developments of the highly anticipated movie.

When asked if Cage was a Christian and how his faith, or lack of religious affiliation, might affect his performance in the film, Lalonde insisted that the star's faith was a personal matter.

"How do you know that?" Lalonde questioned when a Facebook follower stated during the Q&A that Cage was "not a believer."

"I have said before that MANY Christians I know do not have 'I Love Jesus' bumper stickers and especially in the entertainment world, there are a lot of Christian actors who have chosen to keep their personal faith a private matter," Lalonde continued. "So while you may wish that someone was vocal about their faith, we should be careful declaring who is a believer and who is not. That is between them and God."

Lalonde said at another point during the online discussion about the June 2014 film, "Some of the actors are believers. Some are evangelical and outspoken believers and others are believers in their private but not public lives. I will leave it up to them to decide what they share with their fans." He admonished critics to "live your Christian lives as you see fit and let others do the same."

Pastor Anderson made his anti-Nicolas Cage and anti-"Left Behind" remarks during a sermon about "Vigilance," in which the Arizona minister primarily spoke about church leaders protecting their flock failing to guard the pulpit.

"You can't just randomly put whoever behind the pulpit," said Anderson, pounding the wooden rostrum he was preaching from for emphasis.

"If you do and they preach false doctrine, you better be ready to get up and say it and rebuke it…" he added. "But how often does that happen? Not that often, not very often unfortunately."

He continued, "But a lack of vigilance just puts whoever behind the pulpit and doesn't guard the pulpit and say, 'Hey, let's make sure people who get up to preach are doctrinally-sound and they're gonna preach Biblical truths that we believe in and not just get up and just preach.'" Watch Pastor Anderson's full "Vigilance" sermon on YouTube or in the video player below.