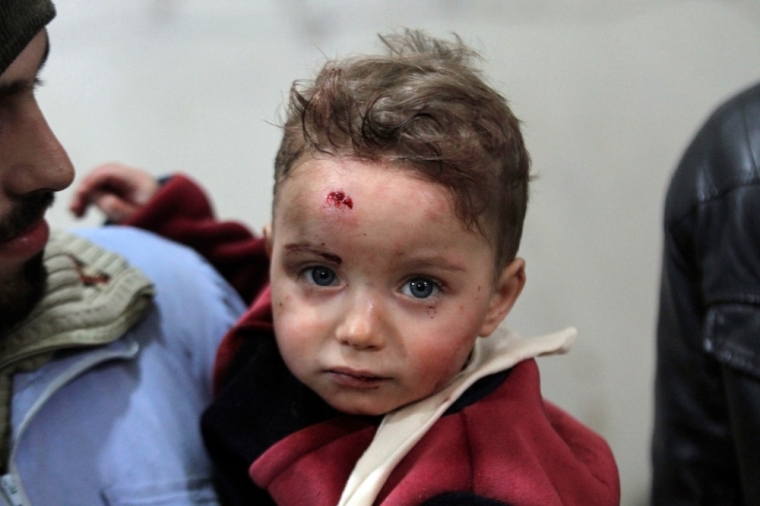 An injured child is seen in a field hospital after what activists said were air strikes by forces loyal to Syria's President Bashar al-Assad in Douma eastern Al-Ghouta, near Damascus January 25, 2015. Islamist fighters struck the Syrian capital with at least 38 rockets on Sunday, killing seven people, a monitoring group said, in one of heaviest attacks on Damascus in over a year. State media confirmed the attack and said at least four people were killed. It said the army was retaliating. The Saudi-backed Islam Army, based in the eastern Ghouta region near Damascus, had warned earlier that it would hit back against an air strike last week in Ghouta in which more than 40 people were killed. | (Photo: Reuters/Badra Mamet) 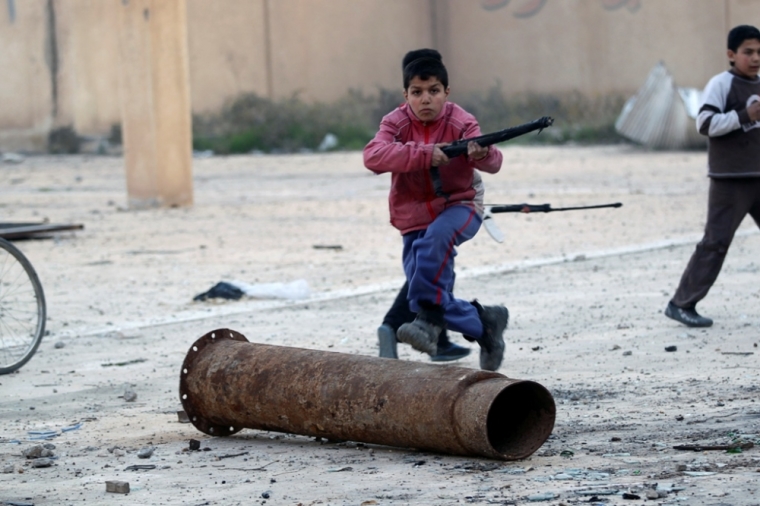 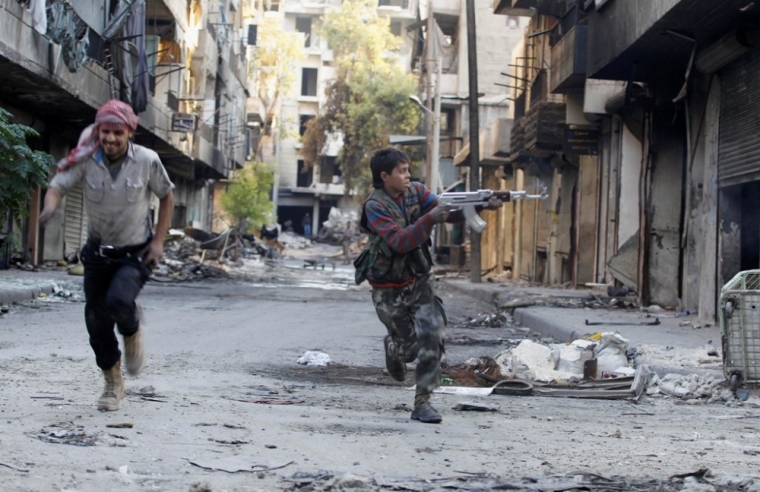 Mohammad (R), a 13 year-old fighter from the Free Syrian Army, aims his weapon as he runs from snipers loyal to the Syrian regime in Aleppo's Bustan al-Basha district, October 29, 2013. Mohammad joined the Free Syrian Army after his father died during clashes with the Syrian regime. The gun he is using was his father's. | (Photo: Reuters/Molhem Barakat) 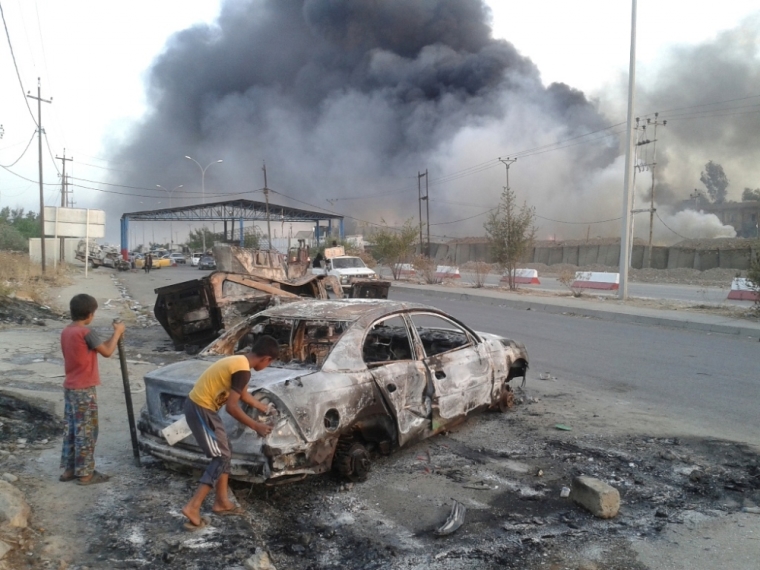 Civilian children stand next to a burnt vehicle during clashes between Iraqi security forces and al Qaeda-linked Islamic State in Iraq and the Levant in the northern Iraq city of Mosul, June 10, 2014. Radical Sunni Muslim insurgents seized control of most of Iraq's second largest city of Mosul early on Tuesday, overrunning a military base and freeing hundreds of prisoners in a spectacular strike against the Shi'ite-led Iraqi government. | (Photo: Reuters/Stringer) 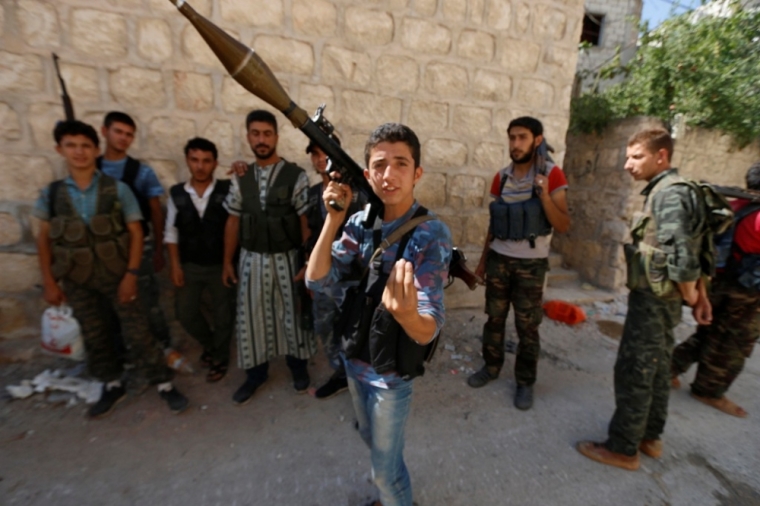 In issuing its first report on the plight of Iraqi children for the first time since 1998, the United Nations Committee on the Rights of the Child painted a horrifying glimpse into how the Islamic State terrorist organizations is beheading, crucifying, and even burying alive religious minority children.

The report, which was released Wednesday and was written by a committee of 18 independent experts, finds that not only are ISIS militants killing religious minority boys in scores, but they've also found a way to take advantage of the mentally weak Iraqi children, by using their harmless bodies in jihad attacks.

Committee expert Renate Winter said at the press conference introducing the report that the militant group is using mentally-challenged children as suicide bombers, and he thinks many of them go into their fatal suicide plots without even knowing that they will die as a consequence.

"We have had reports of children, especially children who are mentally challenged, who have been used as suicide bombers, most probably without them even understanding," Winter said. "There was a video placed [online] that showed children at a very young age, approximately eight years of age and younger, to be trained already to become child soldiers."

The committee also found that it isn't just mentally-challenged children who are being used as suicide bombers, as many other boys under the age of 18 are also being used to carry out suicide missions. Other children who are recruited to be child soldiers are often forced to donate their blood to battle-wounded ISIS militants.

The report also finds that children, mostly religious minority children, also face the most brutal forms of death such as being buried alive, beheaded and crucified.

"We are really deeply concerned at torture and murder of those children, especially those belonging to minorities, but not only from minorities," Winter said. "The scope of the problem is huge."

The U.N. committee has denounced ISIS and wants to bring awareness to what it labeled as "the systematic killing of children belonging to religious and ethnic minorities by the so-called ISIL, including several cases of mass executions of boys, as well as reports of beheadings, crucifixions of children and burying children alive."

It's not just the Christian and Yazidi children who are subject to ISIS' brutality, as the report claims that Shiite and Sunni Muslims are often victims also.

Many religious minority children who are not killed are often sold as sex slaves. Winter said that ISIS militants often sell children in marketplaces by putting a price tag on them for everyone to see.

"Children of minorities have been captured in many places ... sold in the marketplace with tags, price tags on them, they have been sold as slaves," Winter said.

The committee also finds that children who are not killed by ISIS often die from extensive starvation or dehydration. Some children have also died as a result of shelling from air strikes conducted by the Iraqi security forces.

The experts concluded that the Iraqi government needs to find a way to step in and "rescue" these children from the Islamic State. However, Winter isn't sure how that's going to happen, as the Islamic State has firm control on much of Northern Iraq and some parts of Syria.

"There is a duty of a state to protect all its children," Winter explained. "The point is just how are they going to do that in such a situation?"