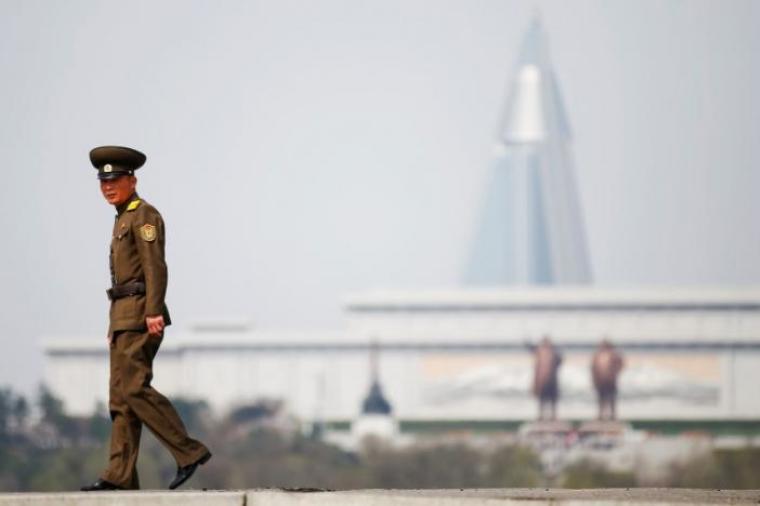 A soldier walks on the bank of the river in central Pyongyang, North Korea April 16, 2017. | (Photo: REUTERS/Damir Sagolj) 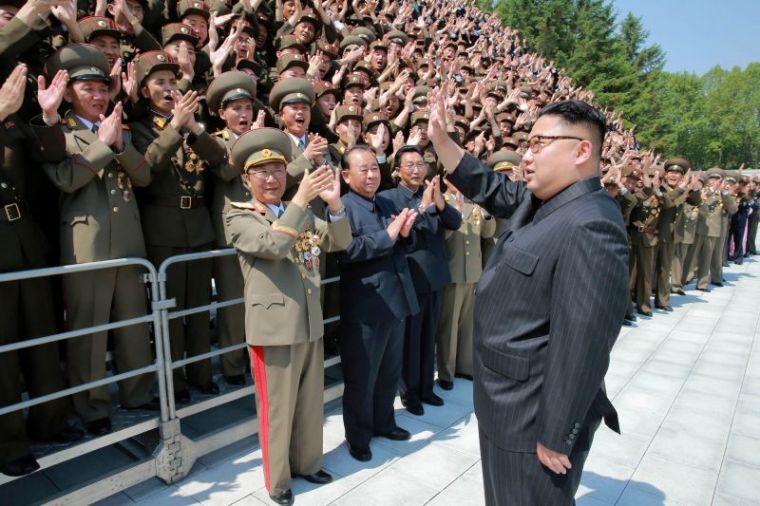 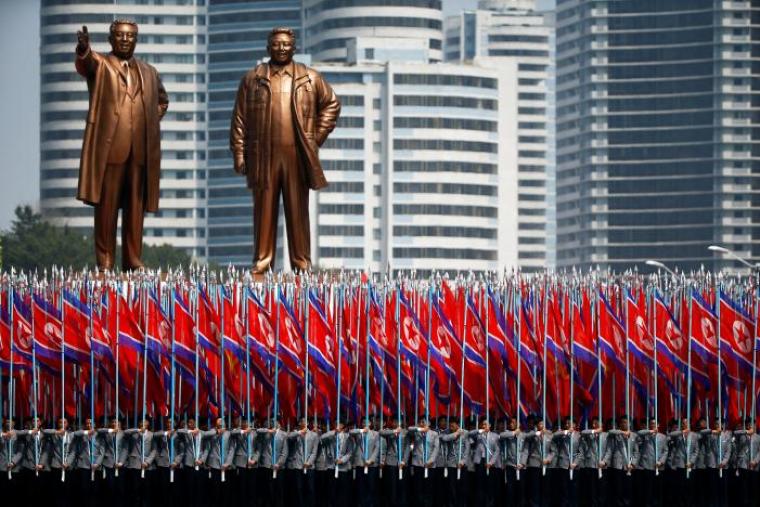 WASHINGTON — Christians in North Korea are facing persecution that is likely "on par" with the level of persecution that the Early Christian Church faced under Roman emperor Nero, a prominent human rights activist said during a Capitol Hill briefing Wednesday.

Convened by the religious freedom advocacy group International Christian Concern, activists and a North Korean defector extensively detailed the grave human rights abuses Christians and all others who live under the rule of the Communist Kim regime endure, and urged lawmakers to support a resolution to re-authorize the North Korean Human Act of 2004.

In addition to speeches from Sen. Ted Cruz, R-Texas, Sen. James Lankford, R-Okla., Rep. Chris Smith, R-N.J., and Rep. Ed Royce, R-Calif., during a morning introduction at the Rayburn Office Building, human rights advocates with years of experience in dealing with North Korea outlined how the Kim regime has nearly wiped out Christianity in the closed-off, isolated nation.

"As the tragedy of Korean separation continues after almost seven decades, one remembers ... that the northern half of the Korean Peninsula was once of the cradle of the Korean Presbyterian Church," Greg Scarlatoiu, the executive director of the Committee for Human Rights in North Korea who has led in the publication of at least 24 reports and books on the Kim regime's human rights abuses, said during a panel discussion with other human rights experts.

"Prior to the Communist takeover, the capital city of Pyongyang used to be known as the 'Jerusalem of the East,'" he continued. "In North Korea, Christianity was once a way of life with two churches on the same street corner [being] a common sight."

Scarlatoiu explained that it was in 1946 when the Provisional People's Committee for North Korea forced the closure of churches with congregations that did not meet a predetermined required number of people.

"The committee began to forbid Protestant and Catholic in-house assemblies and made Sunday a work day and Monday a rest day. And, this was just the beginning," he added. "Under the pretext that the sound of religious songs disturbed public life, the same committee asked churches to relocate. Communist Party agitators were inserted into Christian communities and church assemblies. They began criticizing the sermons as being unprogressive."

It was in 1962 that then-leader Kim Il-sung told the regime's security agency that "we cannot move toward a common society with religious people," Scarlatoiu said.

"That is why we have to put on trial and punish those who hold positions of decon or higher in Protestant or Catholic churches," Scarlatoiu quoted Kim as telling his government officials at the time.

Scarlatoiu explained that in 1948, about one-quarter of the North Korean population was of some religious belief. But statistical data today shows that number is now below 1 percent.

"Even that number is doctored," he said.

Over the years, the Kim regime has killed hundreds of thousands of its own people under Kim Il Sung, his son, Kim Jong Il, and his grandson, Kim Jong Un.

"Our colleagues in South Korea have thoroughly documented cases of religious persecution. Organizations such as Database Center for North Korean Human Rights and the Korean Institution for National Unification [have] interviewed thousands of defectors who brought testimony of extremely severe religious persecution," Scarlatoiu said. "Like other Communist leaders, as mentioned earlier, Kim Il-sung and the Kim regime has rejected religion as the 'opium of the people.'"

North Korean society is split up into social classes in which every single North Korean resident is classified according to their political risk to the Kim regime.

According to Liberty in North Korea, about 27 percent of the North Korean population is assigned to the "hostile class" — the lowest class, which consists of political dissidents of the Communist regime, religious citizens, capitalists and their descendants.

"One can confidently say that it is the Kim family regime that has taken religious persecution, in particular the persecution of Christians, to a level, perhaps, on par with Nero's Rome as well as the Assyrian, Greek and Armenian genocide of World War I or the Yazidi genocide today," Scarlatoiu continued.

For the past 15 years, North Korea has ranked as the top persecutor of Christians by Open Doors USA. Although there are state-run churches in North Korea, Scarlatoiu asserted that they are run by government officials disguised as pastors and priests.

Real Christian worship, or religious worship, is illegal and can lead to arrest, torture and even execution.

Despite the lack of access to North Korea, there are believed to be at least 120,000 people who are being tortured, beaten and forced to do hard labor in North Korean prison camps. In 2014, the United Nations reported that hundreds of thousands of prisoners have died in North Korean gulags in the last 50 years.

"For generations, [people are in these camps]. They were not charged or convicted through a fair trial. Most of them, if not all, are guilty by association. That means that one family member may be in the wrong [class] category ... and the extended family members are in prisoned," T. Kumar, the director for international advocacy at Amnesty International USA, said during the panel. "Abuses inside these camps are extremely disturbing — ranging from rape to torture to execution to starvation."

In a report detailing the systemic human rights abuses in North Korea, the U.N. stated that the Kim regime's human rights violations are so egregious and widespread that North Korea "does not have any parallel in the contemporary world."

As we tackle this conundrum of North Korea with nuclear weapons and long-range missiles and abysmal human rights violations ... I think the time has come to look at the small but growing underground church of North Korea also as a tremendous potential agent of changes.