The human search for God

Skepticism is on the rise across America. Christian Post reporter Leonardo Blair writes that now “more than half of American adults, including 30% of evangelicals, say Jesus isn’t God.”

What is the real reason for this loss of faith? What if the problem of the modern skeptic is not that he does not believe in God, but in his heart of hearts, he does not want there to be a God. There is clearly a big difference between “I don’t believe” and “I don’t want to believe.”

Philosopher Douglas Groothuis made this observation about the truth:

“Truth is a daunting, difficult thing; it is also the greatest thing in the world. Yet we are chronically ambivalent toward it. We seek it…and we fear it. Our better side wants to pursue truth wherever it leads; our darker side balks when the truth begins to lead us anywhere we do not want to go.”

This is particularly true as it relates to the human search for God. The evidence for God is really of little use if a person does not want Him in his or her life.

In this article, I want to consider the lives of Antony Flew and C.S. Lewis and their journey from atheism to theism. Both men were members of The Oxford Socratic Club, a student-led organization that was dedicated to providing an open forum for the discussion of the intellectual issues connected with religion and specifically Christianity. The club clearly had an impact on these intellectual giants who spent over a decade together adhering to the practice of Socrates—following the argument wherever it led. The members were committed to following the truth of all arguments, even if it led them in a direction that they did not want to go.

Most people do not know that British philosopher Antony Flew was one of the most celebrated atheists of the last 50 years. For five decades, he launched an aggressive attack on the existence of God. And then, in 2007, he stunned the world by announcing that he had changed his mind. He laid out his reasoning in his book There Is a God: How the World’s Most Notorious Atheist Changed His Mind. In the book he states:

“I now believe that the universe was brought into existence by an infinite intelligence. I believe that this universe’s intricate laws manifest what scientists have called the Mind of God. I believe that life and reproduction originate in a divine Source. Why do I believe this, given that I expounded and defended atheism for more than half a century? The short answer is this: This is the world picture, as I see it, that has emerged from modern science.”

At a symposium at New York University, Flew shared some controversial thoughts:

“What I think the DNA material has done is that it has shown, by the almost unbelievable complexity of the arrangements which are needed to produce life, that intelligence must have been involved in getting these extraordinarily diverse elements to work together.” When asked how his atheist friends responded, he said: “I have been denounced by my fellow unbelievers for stupidity, betrayal, senility, and everything you could think of, and none of them have read a word that I have ever written.”

In the end, Antony Flew’s mind was changed because of the principled practice he followed all of his life: follow the truth wherever it leads. It seems quite logical that if we do not have a great love of truth, we most certainly will never find it.

C.S. Lewis is among the most influential writers of the twentieth century. Many people are somewhat surprised to learn that Lewis, who was dutifully raised in a traditional Christian household in Ireland, actually became an avowed atheist in his early teens while attending public school at the prestigious Malvern College in England. It would be years later, after World War I, and well into his years at Oxford University, before he began his great search for a deeper and richer understanding of God’s existence.

Lewis writes that there were two events in his life that ultimately led him to the Christian faith. The first step began when he read G.K. Chesterton’s book The Everlasting Man, and the second, he has written, had a “shattering impact” on him. This event occurred one night, when one of the more militant atheists on the Oxford faculty staff, a man by the name of T.D. Weldon, came to his room and confided that he believed the historical authenticity of the Gospels appeared to be surprisingly sound.

This conversation deeply disturbed Lewis. He reasoned that if such a staunch atheist as Weldon thinks the Gospels may be historically true, where does that leave him? Lewis, you see, had always believed the New Testament stories to be nothing more than mere myths; there wasn’t a shred of history or practical truth in them.

He began to reason that if the Gospel stories are, in fact, true, then this would mean all other truth would have to fade into insignificance. For the first time, he says, he began to wonder if his whole life was headed in the wrong direction.

Weldon’s remarks about the historical authenticity of the Gospels wouldn’t let him rest, as the conversation echoed in his memory and continued to haunt him. So, Lewis, a determined seeker of truth, began an investigation.

One of the things we learn about C.S. Lewis is that he was very open-minded and was not afraid of the truth, even if it led him away from his atheistic beliefs with which he had grown so comfortable.

As a professor of English literature at Oxford, he had spent his entire professional life studying ancient manuscripts. And though, up to that time, he had never seriously read the Bible, he nonetheless considered it to be one of the world’s great myths, like Norse mythology. The Gospels, Lewis noted, didn’t contain the rich, imaginative writing techniques of most ancient writings. With a literary critic’s ear for language and meter, Lewis recognized that the New Testament didn’t contain the stylized and carefully groomed qualities one would expect in any myth-making culture.

“[The Gospels] appeared to be simple, eye-witness accounts of historical events primarily by Jews who were clearly unfamiliar with the great myths of the pagan world around them…I was by now too experienced in literary criticism to regard the Gospels as myth. They had not the mythological taste.”

Lewis continues, emphasizing that the Gospels were different from anything else he had ever read in ancient literature.

“Now, as a literary historian, I am perfectly convinced that whatever else the Gospels are, they are not legends. I have read a great deal of legends and am quite clear that they are not the same sort of thing. They are not artistic enough to be legends. From an imaginative point of view, they are clumsy; they don’t work. Most of the life of Jesus is totally unknown to us and no people building up a legend would allow that to be so.”

And so, as an expert in ancient documents and languages, he began to wonder: If these aren’t myths and legends, then what are they? Were they truly eyewitness accounts of historical events that actually took place?

Here we have this brilliant man, C.S. Lewis, an expert in ancient literature, a man of integrity and great education, who for so many years had dismissed the Gospels—the most influential body of writing in the Western world—simply because they sounded so unconvincing and without merit.

Everything changed, however, when Weldon, his trusted friend and colleague, an atheist with absolutely no trace of bias or hidden agendas, admitted that he found it highly likely that the Gospels truly did present historically accurate accounts of the life of this man Jesus. This is what caused Lewis to embark on a search for spiritual truth.

So, my challenge to you, the reader, is to follow the truth wherever it leads, always remembering that the truth is your friend. It enables you to believe responsibly. It leads to your ultimate well-being.

Get your copy of Richard’s newest book Reflections on the Existence of God on Amazon or at richardesimmons3.com 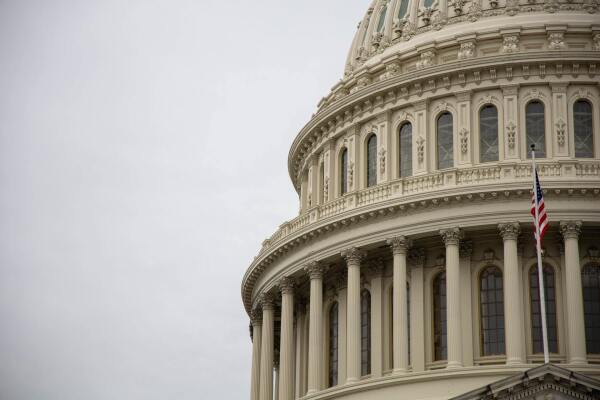 Two Reasons Christians Should Be Passionate About Politics

I confess, I have never been interested in political life. All of that changed for me this year. I will be the first to ...