Nearly two decades ago, Liberty alumnus Emmanuel Ntibonera (’13, Health Promotion, MBA) was a refugee—a child on the run from the Second Congo War. He and his family, including eight younger siblings, eventually immigrated to the United States, but his heart hurt for those suffering back home—over 5 million dead in ten years.

He returned to his homeland in 2014 and was overwhelmed by the need he saw, especially the preventable infections spread by walking barefoot. Emmanuel founded the Ntibonera Foundation, and his family spent the next two years collecting shoes as they ministered in
churches and at conferences across the U.S.

As shoes filled up the family home and overflowed into a storage unit, the complexity and expense of shipping them to the Congo hit home. One day, Emmanuel visited Liberty Senior Vice President for Spiritual Development, David Nasser, to ask for prayers for his country. Soon afterward, Nasser set up a meeting between Emmanuel and Liberty alumnus Chris Strachan (’11), who had his own organization called Kick’n It.

The end result was that three men—Emmanuel Ntibonera, Chris Strachen, and NBA player Steph Curry, rallied Liberty students and raised $10,000 and an additional 20,000 pairs of shoes. Liberty volunteers packed the shoes at the nearby headquarters of Gleaning For The World (GFTW), a worldwide Christian humanitarian organization that partnered with Liberty to ship the shoes.

The following July, the men and their families traveled to the Republic of Congo and set to work. While the LU and Kick’n It teams ministered to Congolese people in refugee camps, Emmanuel set off to the eastern villages of the Congo. In addition to the 20,000 pairs of shoes that were distributed, villagers received 3,500 pounds of rice, 2,600 pounds of beans, and 2,200 pounds of cornmeal, as well as soap, clothing, candies, and toys donated by GFTW.

The villagers had never received outside aid before, and as the large truck rolled in, people gathered by the thousands.

“In every village that I would go,” said Emmanuel, “I would talk to the children. So many were orphans; they lost their parents during the war. We were meeting kids who were kicked out of their houses, out of the family, because they came as a result of rape. Some of them have no place to sleep. They tell me they have no parents. Some of their parents went to work in mines and they died there. I met so many kids who were just about to die because they have not eaten for three to five days; they have no idea where their meals are coming from.”

Emmanuel’s work isn’t finished, but he knows that champions are stronger together than they are on their own. 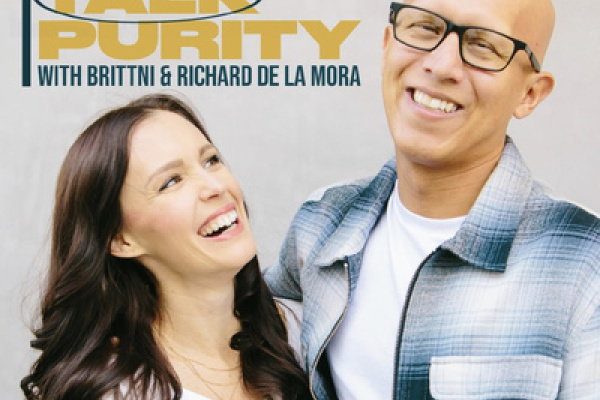 Christian author and speaker Brittni De La Mora believes that hardships and pain have purpose — a lesson gleaned from ...