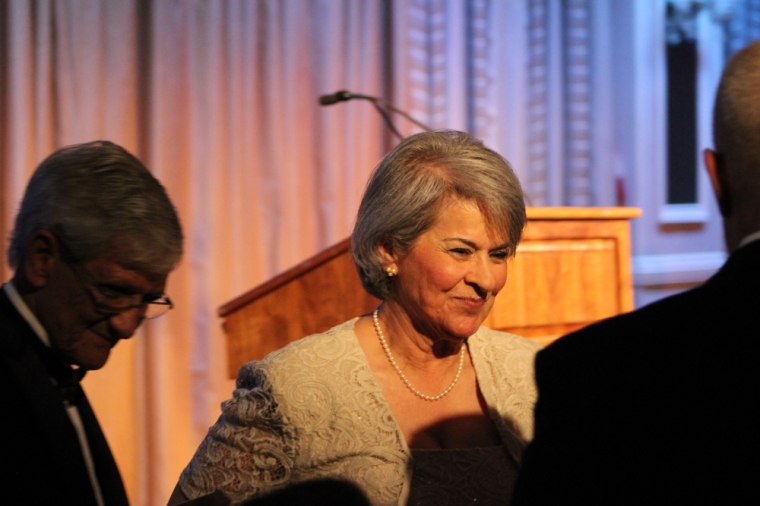 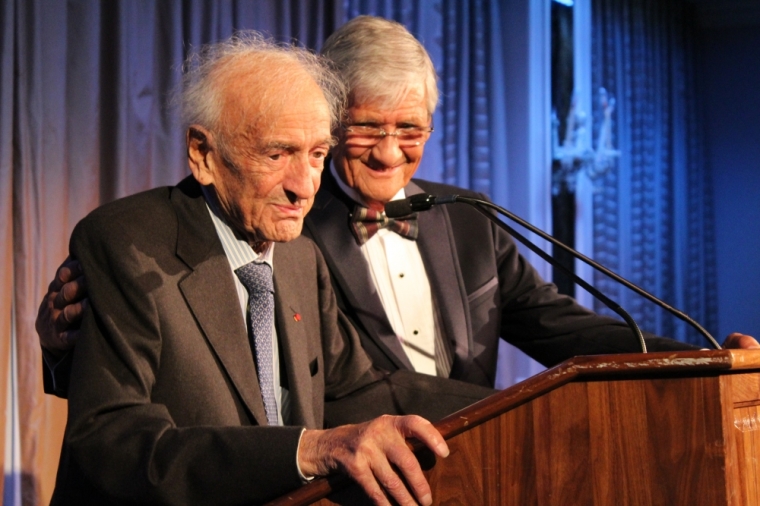 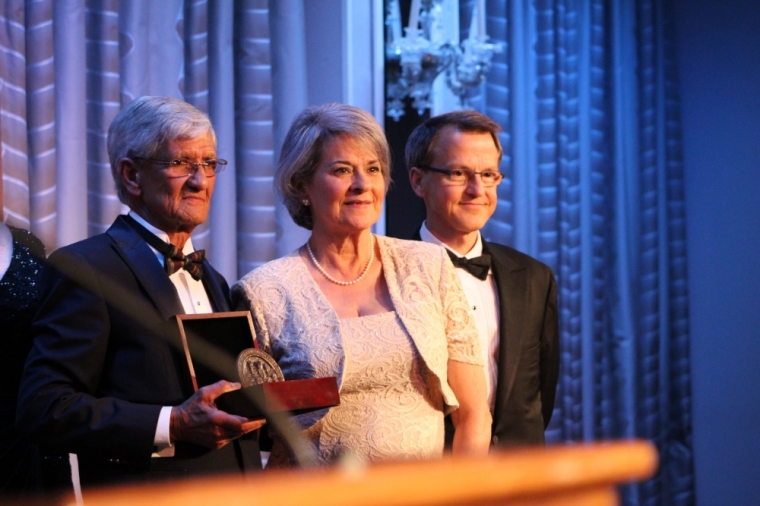 Former prisoner of conscience, author, poet and artist Armando Valladares (L) his wife Martha (C) and president of the Becket Fund for Religious Liberty, William P. Mumma (R) at the Canterbury Medal Dinner in New York City on Thursday May 12, 2016. Valladares was awarded the prestigious medal for displaying courage in defense of religious freedom in Cuba where he spent 22 years in prison. | (Photo: The Christian Post/Leonardo Blair)
View Photos

"I'm also here to tell you, when you make that choice, even if you spend like I did eight years in solitary confinement. Eight years having buckets of excrement and urine thrown at me. I am here to tell you, you will never be alone because God will be with you," he added to more applause.

Valladares warned the younger members of the audience to pay close attention to what is happening around them with religious freedom and not be afraid to oppose threats to that freedom.

"For many of you, particularly for you young people, it may seem like I come from a faraway land from a long, long time ago. Young friends, you may never be taken away at gunpoint as I was for staying true to your conscience, but there are many other ways to take you away and to imprison your body and your mind.

In thanking the Becket Fund for the award, Valladares said he accepted it on behalf of the religious community suffering persecution in Cuba, as well as his wife who campaigned diligently for his release.

"Thank you for this award. I accept it in the name of the thousands of Cubans that used their last breath to express their religious belief and shouted out 'long live Christ the King' just before they were executed," he said to cheers.

"I accept it in the name of those Cubans who still suffer religious persecution. In the last two years alone, the government has destroyed over 300 houses of worship. In the last two years alone, thousands of Baptists, Methodists and Anglicans have been tortured, persecuted, their Bibles having been taken away, their crosses having taken away," he said.

Turning to his wife, he said, "Finally, I accept this award in the name of my wife, it is really her who deserves it, not me."

He then took a moment to recognize her patience.

"All of you have heard the story of Penelope who waited 20 years for Ulysses. Martha is a real-life Penelope. She waited longer than Penelope, two more years and she didn't stay at home knitting. She campaigned for me, all over the world for my release and she was able to obtain my release," he said.

"She always hoped while she was waiting because she knew and she trusted God that we will be reunited again against all hope," he said to cheers.