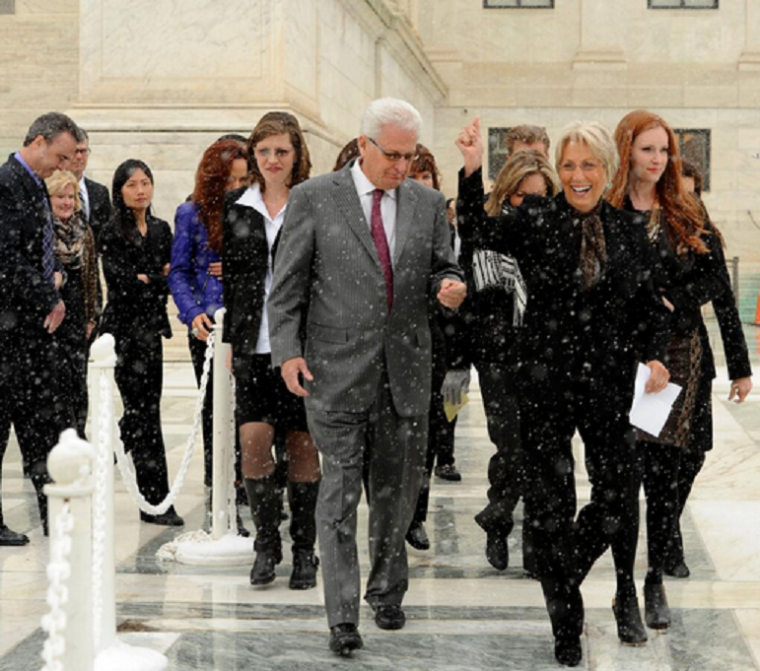 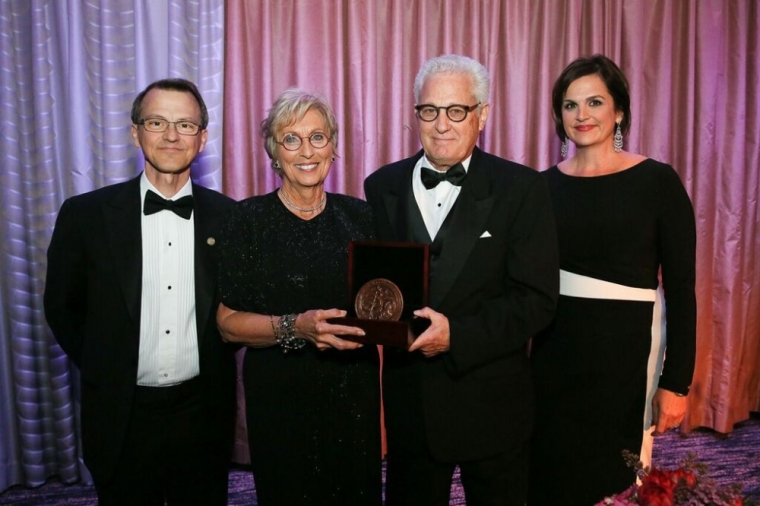 NEW YORK — Almost a year after arts and crafts giant Hobby Lobby first celebrated the company's successful defense of religious freedom in the landmark Hobby Lobby v. Burwell case in the U.S. Supreme Court last June, the store's co-founder David Green says life is now mostly back to normal for his family and their nearly 700 store locations after a tumultuous two years of litigation.

"It has settled down, every time we opened the store we had a lot of people making noise but it's beginning to settle down," Green told The Christian Post in an interview during the Becket Fund's Canterbury Medal Dinner for Excellence in Religious Freedom last Thursday in New York City.

June 30 will mark the one-year anniversary of the Supreme Court's 5-4 ruling in favor of David Green, his wife Barbara, and their store, Hobby Lobby, in the Burwell v. Hobby Lobby case.

On Sept. 12, 2012, according to a summary of the case, the Greens, as representatives of Hobby Lobby Stores, sued Kathleen Sebelius, the then secretary of the Department of Health and Human Services, and challenged the contraception requirement of the Patient Protection and Affordable Care Act popularly known as "Obamcare." The plaintiffs argued that the requirement that the employment-based group healthcare plan cover abortion-inducing drugs violated the Free Exercise Clause of the First Amendment and the Religious Freedom Restoration Act of 1993.

In the opinion delivered by Justice Samuel Alito, "the Court held that Congress intended for the RFRA to be read as applying to corporations since they are composed of individuals who use them to achieve desired ends. Because the contraception requirement forces religious corporations to fund what they consider abortion, which goes against their stated religious principles, or face significant fines, it creates a substantial burden that is not the least restrictive method of satisfying the government's interests," explained the summary provided by oyez.org.

As The Christian Post previously reported, Alito made it clear in his opinion that the judgment only applies to the birth control mandate, not to any other insurance coverage mandate that may conflict with a religious belief, such as vaccinations or blood transfusions.

Hobby Lobby won because the Obama administration violated the Religious Freedom Restoration Act, the Court found. RFRA does not let anyone do whatever they want simply by claiming it is part of their religious beliefs.

While many conservative supporters of the Green family celebrated the decision, Hobby Lobby's critics deemed the ruling as discriminatory to women and voiced their strong objection.

Last Thursday, Barbara Green was honored with this year's Canterbury Medal for her family's courageous stand and being the public face for the family throughout the two years of litigation.

The Becket Fund, a nonprofit, public-interest law firm dedicated to protecting the free expression of all religious traditions, has defended clients of all faiths, including the Greens. David, who has been married to Barbara for 55 years, added that the Green family also had support from Hobby Lobby employees throughout the entire litigation process.

"With the employees, we never had a problem, 100 percent," he told CP.

Hobby Lobby's groundbreaking victory at the Supreme Court pardoned the store from the HHS mandate that required the family-owned business to provide potentially life-termination drugs and devices that are contrary to the Greens' religious convictions. There are 661 Hobby Lobby locations in 47 states today, and with a net worth estimated at $5.8 billion, the company has over 20,000 employees.

Meanwhile, the Green family continues to combine their faith with business ventures. Hobby Lobby President Steve Green, the son of Barbara and David, is funding the construction of the Museum of the Bible in Washington, D.C. The $400 million enterprise will house more than 40,000 artifacts in the family's personal collection, including Jewish Torah scrolls and papyrus fragments of the New Testament.