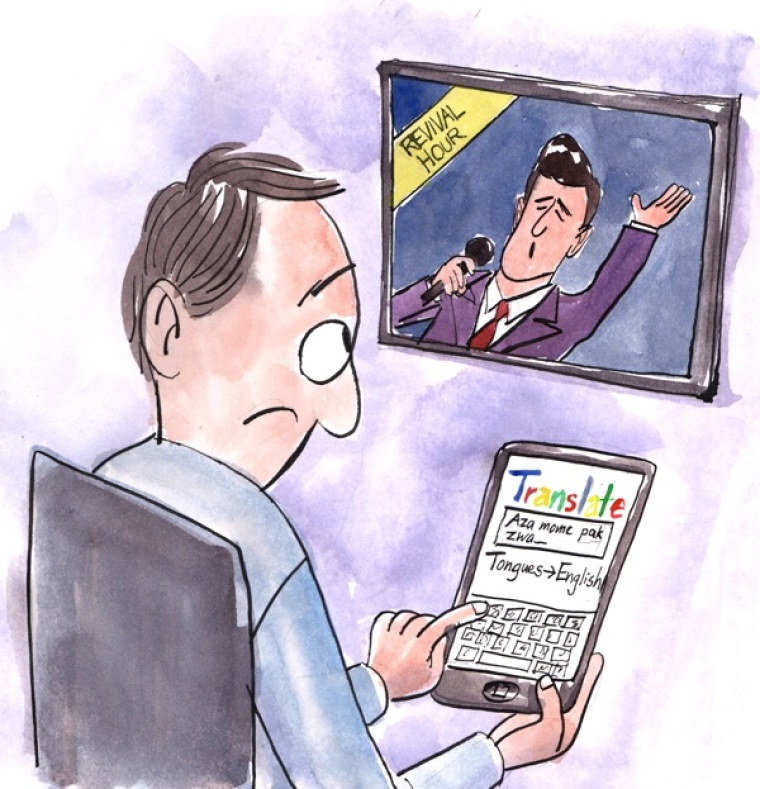 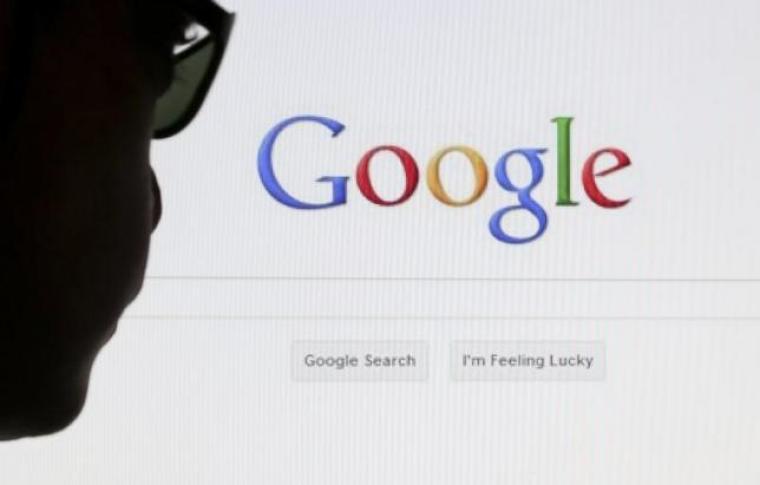 Beginning April 1, Christians who speak in tongues will be able to enter their ecstatic utterances into Google Translate and receive an accurate interpretation, a "huge technological and spiritual breakthrough" say Google's head software engineers.

In a company press release Friday, Paul N. Korenth, lead engineer on the project, said he was "glad to be able to include this new spiritual component in Google products for consumers to use when they pray or receive downloads from Heaven."

"We are thrilled that we have finally been able to assist Christian users of our software to hear from God more effectively," he said.

Pentecostal and Charismatic Christians who practice this spiritual gift can now key in the transliteration of their prayer tongue or utterances they heard at church and the detecting software will identify the language as "Glossolalia," "Tongues of Angels," or "Speaking in Tongues" and provide a translation in the language of their choice, allowing them to provide the interpretation that the Apostle Paul discusses in 1 Corinthians 14.

According to TechInsider magazine, this new feature is reportedly so sensitive and advanced that when the consumers click the audio button on Google Translate to listen to the interpretation of their tongue a clanging cymbal or noisy gong sound will be heard if their written utterance does not comport with the spirit of 1 Corinthians 13.

To marry the technological and theological, Google sought the advice and counsel of several Pentecostal pastors.

"This is a huge technological and spiritual breakthrough, and we are grateful for the helpful consultation we received from theologians and church leaders across the country," he added.

Yet Korenth suggested that users might run into a few snafus.

"While we are confident in these new language listings, it was a mystery at times discerning the Spirit, and navigating the challenge of ever-changing algorithms" he said in the press release.

"We at Google ask for your grace as we troubleshoot these issues," adding that the team was on one accord on the release date.

Informed sources inside Google told the The Christian Post that prior to the company launching this application they did a demo trial run in Springfield, Missouri, since that is where the headquarters of The Assemblies of God denomination is located.

One local AG pastor who spoke with CP on condition of anonymity said that when Google executives approached him for consultation on the project he had to explain 1 Corinthians 12 and 14 to them.

"I could clearly see that these were Silicon Valley secular liberals who clearly hadn't cracked open a Bible in while," the pastor said in an interview earlier this week. "But I did share the Gospel with them and said that if they wanted to receive Jesus they could, and I would lay hands on them and pray that they receive the gift of tongues as they worked on developing the software."

I urged them to "follow the way of love and eagerly desire spiritual gifts and then transmit that energy into their work and watch the Holy Ghost go."

One of the lead engineers told him that he listened to a few 'Speaking In Tongues EXPOSED!" videos on YouTube to try and get an idea on all of this and said he attempted to speak in tongues by concocting a prayer tongue of his own. Yet when the Google engineer demonstrated his new language to the Springfield pastor it sounded like a countrified African dialect featuring various ethnic foods and cars from around the world.

"I told him, 'If you can get Google Translate to give you an accurate rendering of that I will be really impressed and the Holy Spirit is definitely moving,'" the pastor said.

Yet some prominent pastors are decrying this move by the tech giant, saying that by including "tongues" in its list of detectable languages Google is promoting demonic deception in a craven attempt to lead Christians away from biblically sound doctrine.

"The danger of offending God by offering him unacceptable worship remains to this day," said John MacArthur, pastor of Grace Community Church in Sun Valley, California, in a statement to CP Friday upon hearing the news.

The charismatic movement, he continued, "is still mostly a deprecation of God's Holy Word."

"To see Google lend credence to this unbiblical phenomenon proves how much such charismatic aberrations have infected the Body of Christ and the world more generally. I urge all Christians who know the true Gospel of grace to use other search engines but most importantly to diligently study the Bible."

"Google might as well change its name to Strange Firefox," he added.

The full Google press release can be read here.