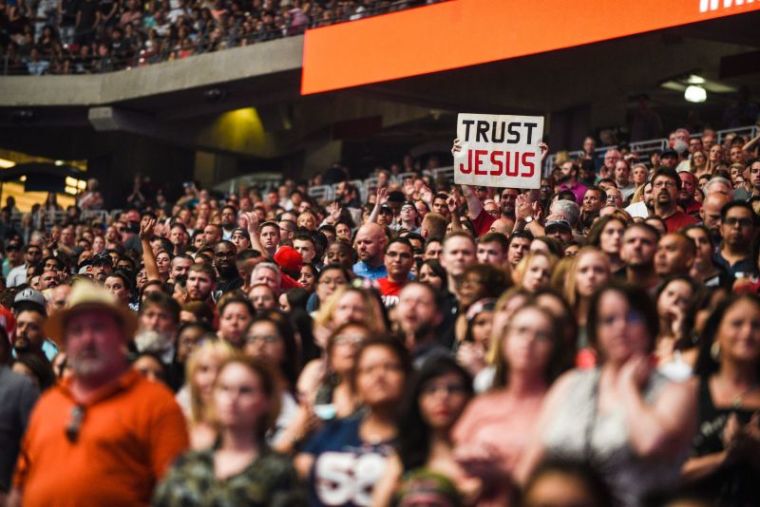 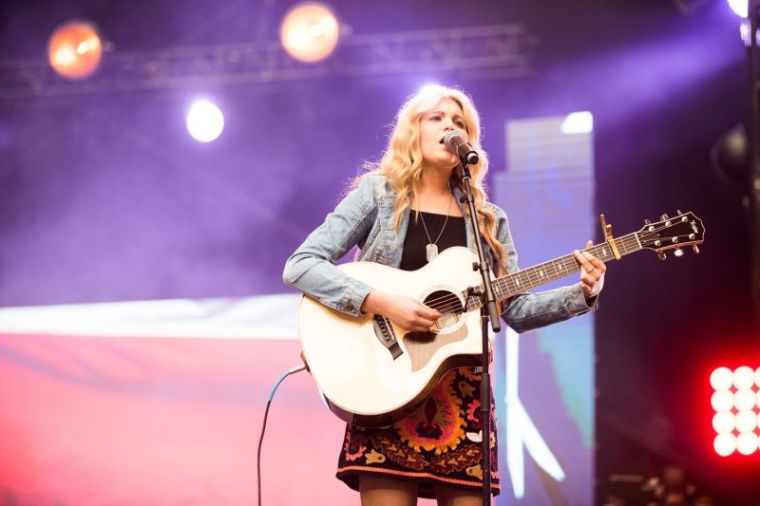 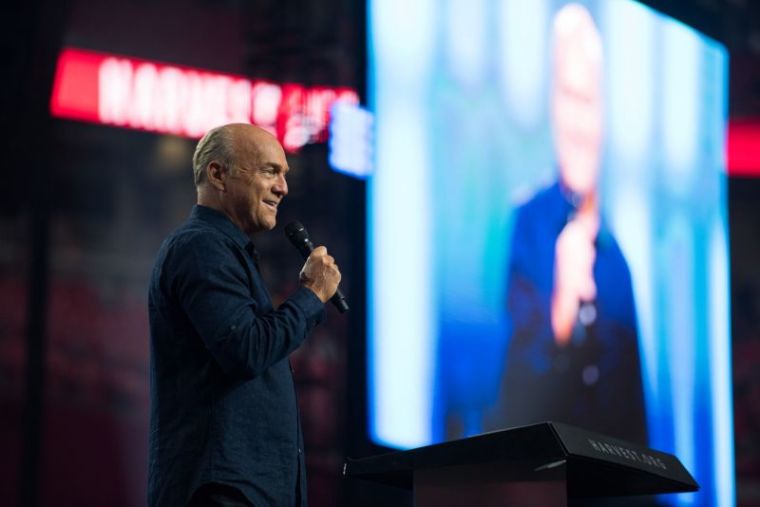 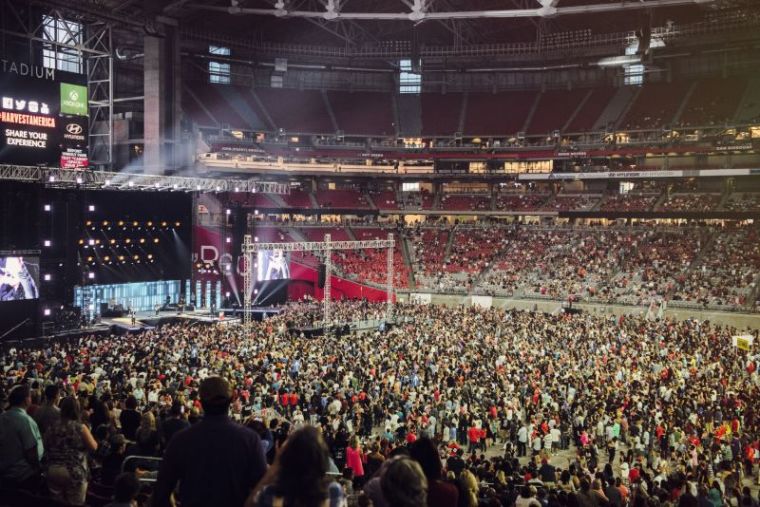 Thousands respond to the call to accept Jesus Christ at Harvest America at the University of Phoenix Stadium on June 11, 2017. | (Photo: Harvest America)
View Photos

Pastor Greg Laurie believes that so many people have wrong ideas about who God is. The evangelist set the record straight during the annual Harvest America event Sunday night.

In front of nearly 40,000 at the University of Phoenix Stadium in Arizona, Laurie spoke about the story of the prodigal son and how it is a reflection of who God really is — a loving Father — contrary to the mental picture so many have of Him.

People have a lot of weird ideas about God, particularly that Jesus is watching, ready to say "sic 'em" like one would to a dog.

"Nothing could be further from the truth," Laurie said at the evangelistic event that has drawn tens of thousands of attendees as well as viewers online every year.

Also clarifying views on Heaven and Hell, the California evangelist said you can be a bad person and go to Heaven. Heaven is not for good people. "It is for forgiven people," he emphasized.

"God does not grade on a curve," he said, noting that one sin is enough to keep you out of Heaven.

At the same time, good people can go to Hell, he added.

But he stressed that "the last thing that God wants is for any man or woman, created in His image to spend eternity in Hell" because "Hell was not made for people but for the devil and his angels."

Laurie recounted at the event that he was not raised in the church. He hailed from a dysfunctional home; his mother was a "raging alcoholic" who got married seven times. He never knew his biological father. As a teenager he began getting into trouble at school, he experimented with drugs like LSD, and at one he was point smoking weed every day.

Yet the Jesus movement was underway when he was a youth and at age 17 he heard an evangelist named Lonnie say that with Jesus you could either be for Him or against Him.

Laurie knew he was not for Him and he did not want to be against Him in sin any longer so he gave his life to the Lord.

Sin, he noted, fills the voids that only God can.

During his talk, Laurie highlighted a report which showed that the state of Arizona ranked 12th in the nation for suicide. He cited another writer who argued recently that if you are not anxious in 2017 there is something wrong with you and noted that Google searches related to how to deal with "anxiety" are increasing.

"You just admit you need God," he said. "You need to come to God and He'll clean your life up."

This year's Harvest America drew some 38,000 people to Arizona, over 42,000 viewers online from 83 countries, and thousands more who gathered at 3,758 host sites. At the Phoenix stadium, 2,904 people indicated their decision to follow Jesus Christ, while 494 more registered their commitment online.

The Sunday event featured many well-known Christian bands and TV stars like needtobreathe, MercyMe, Brennley Brown, and Glendale, Arizona, native and "American Idol" winner Jordin Sparks, who shared on stage with Laurie how she rededicated her life to Christ.