NEW YORK — Sandra Martinez’s black and brown Dachshund, Frida, barked from an upstairs bathroom as she squeezed her husband Armando’s hand one cold January evening inside their Brooklyn home. She teared up a little as she recalled the dream they once thought they would never achieve.

“We cannot express how grateful we are and how this dream has to go to another family just like us,” Sandra said as the orange glow from a lamp in her living room warmed her face, “another family who is dreaming … because that makes a big difference in your life, in your self-esteem, in everything.”

This is Sandra and Armando’s home along Egan Street in Brooklyn’s Nehemiah Spring Creek neighborhood in East New York. It’s part of a multiphase affordable housing initiative of the City of New York and East Brooklyn Congregations, and named after the biblical character that rebuilt the city of Jerusalem in 52 days.

On the first floor, there is a cozy open concept area featuring a living room, a dining area and a special space near the back door that Armando uses as his art studio. There’s also a bathroom and a kitchen.

Upstairs, where the couple confined Frida in a second bathroom behind a gate, there are three bedrooms including one filled with stacks of Armando’s paintings. Other paintings by Armando, who also writes poetry, tastefully deck the walls throughout the home that features a modest crawl basement too. 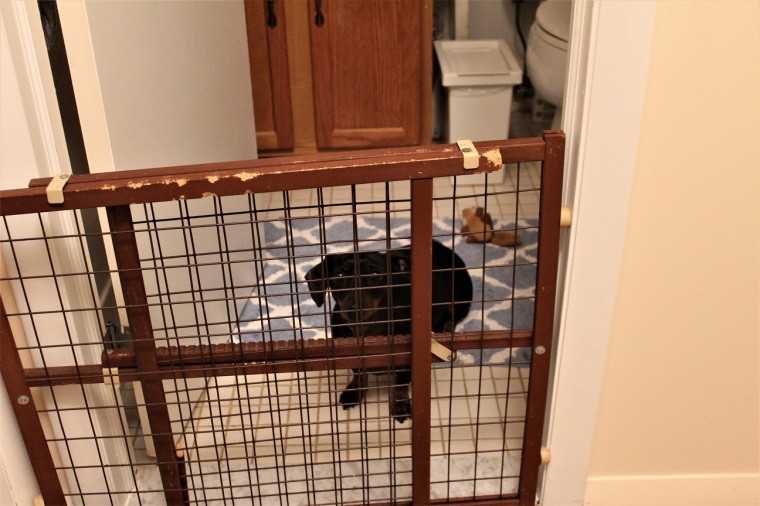 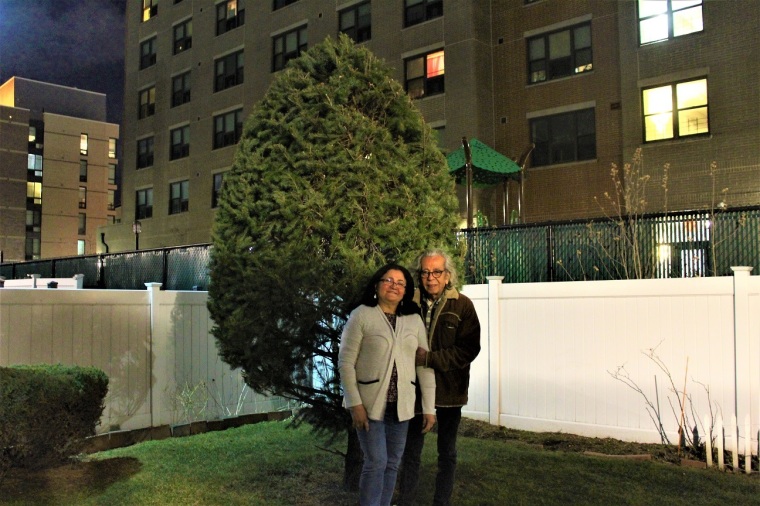 Armando and Sandra Martinez in the backyard of their affordable home in East New York, Brooklyn. | The Christian Post/Leonardo Blair 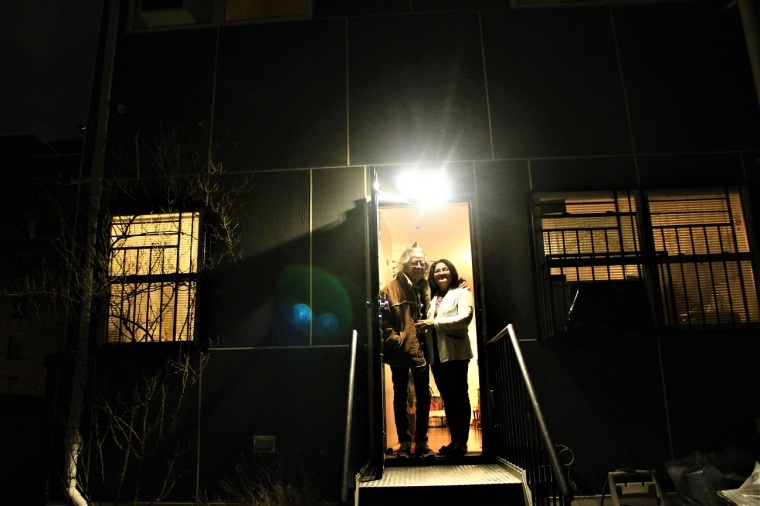 Armando and Sandra Martinez at the backdoor of their affordable home in East New York, Brooklyn. | The Christian Post/Leonardo Blair 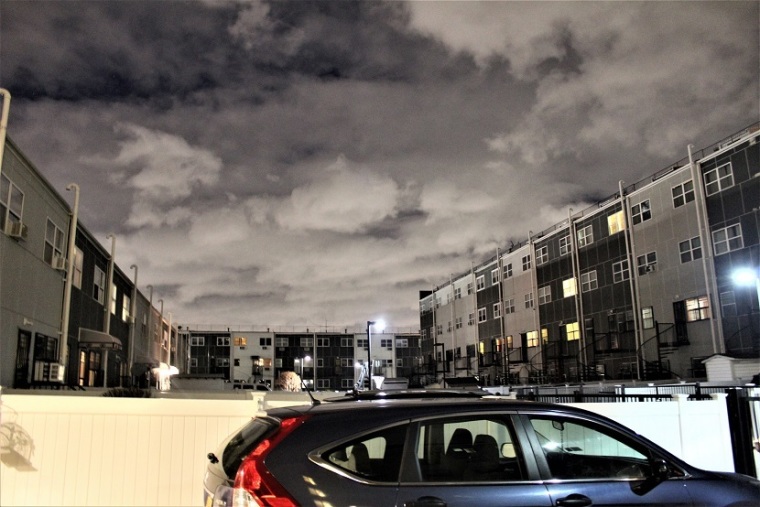 In the backyard is an immaculately kept lawn where the grass is a refreshing green. A lone, large decorative pine tree is rooted firmly in the ground enclosed by a white fence and a black iron gate. A small but sleek family car is parked on the concrete driveway.

You should see this backyard in the summer. The couple waxed on proudly about gardening and family barbecues as a canopy of clouds hanging over the neighborhood created a dreamscape in the dusky half-light.

The Martinez family are living their dream and they thank God for their blessing when they awake every morning.

Just over 10 years ago, however, after working hard and paying rent in New York City for 32 years, their struggle to own a home had felt like a never-ending nightmare.

Back then, Sandra, 64, and her 76-year-old husband were stretched by their approximately $1,600 a month rental bill in Cypress Hills. They were also worried about how they would afford their modest lifestyle when they could no longer work.

Retiring to their native El Salvador like some of their friends had already resigned themselves to do was increasingly beginning to seem like an option, but it was never a real solution.

“I have friends who are retiring in two years and the only thing they can figure out is to go back home. First, they spend 40 years here. They don’t even know back home. All their friends are gone. They are brand new in the community. They have no clue,” Sandra explained.

“It doesn’t matter from which perspective you see it. It’s very hard,” she said. “It’s difficult here and over there. They are still poor because they have to pay rent, they have to get to know the community. They have to get medication. Healthcare is expensive …”

Even though Sandra worked as a teacher’s aide and Armando taught remedial education to adults for the city, the couple saw no way of owning a comfortable market-rate home in the city where they could live with dignity — not on their income and not in New York City.

Still, they kept praying and believing God for something more than the future they could see until one Sunday when their priest at Saint Rita’s Roman Catholic Church told them about the affordable housing lottery for Nehemiah Spring Creek.

They did their research and applied. After a lengthy process that lasted more than a year, Sandra and Armando finally got the keys to their new home on May 9, 2009, at approximately 11 a.m.

The house, which is now valued at more than $600,000, cost the couple only $196,000, and their down payment, including closing costs, was only $12,000. The city gave them a break in property taxes for 10 years and barred them from selling the house without a financial penalty until they have owned it for at least 15 years.

“When they gave us the key and we entered the house, we just couldn’t believe it,” Sandra said.

The deal for them was amazing because they know they could never dream of buying their home for what it’s worth on the market today.

Since winning the lottery and making their biggest investment ever, Sandra and Armando say their lives have only gotten better. 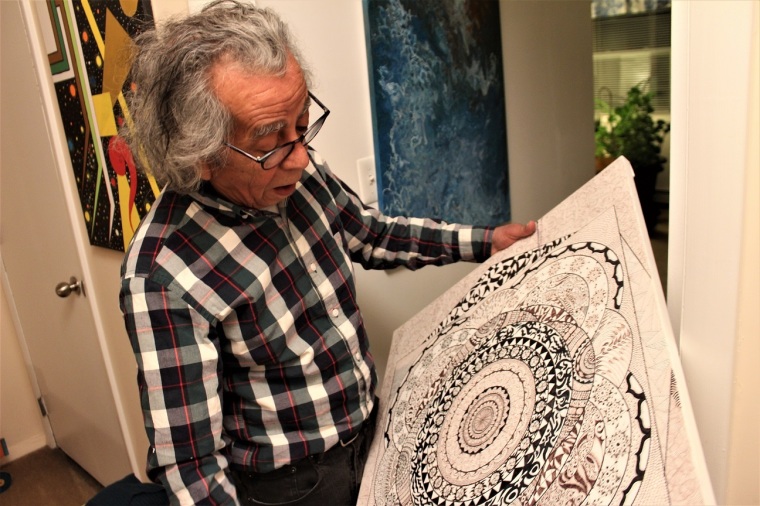 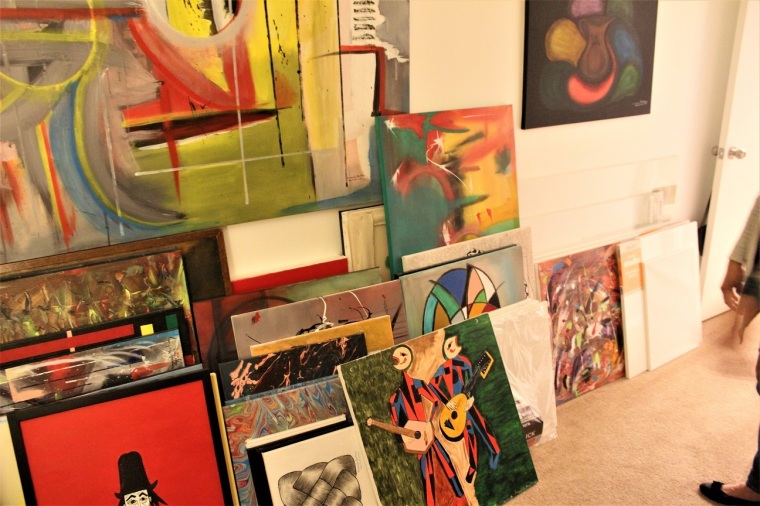 Armando started making beautiful paintings even though he has had no formal training in art. Shortly after he retired, he was also able to fulfill a promise he made to Sandra when they first started life together decades ago.

“He promised me when we got married he’s going to take me to places. We didn’t have money. We were poor people. He told me he’s going to bring me to Paris and he’s going to buy me a cup of coffee. After we bought the house and he retired, we went there and he bought me the coffee,” said Sandra as she enjoyed a nostalgic laugh with Armando.

Like Sandra and Armando did, millions of Americans are still struggling to find affordable housing due to a shortage driven by a confluence of policy, demographics, and market forces that experts say have driven many to homelessness.

Nearly half of renters across the nation (47.5%) are also classified as cost-burdened or spending more than 30% of their income on housing as a result. The Department of Housing and Urban Development also estimated that some 12 million renter and homeowner households are now paying more than 50% of their annual incomes for housing while a family with one full-time worker earning the minimum wage could not afford local fair-market rent for a two-bedroom apartment anywhere in the United States.

In The State of Homelessness in America report released by the White House last fall, experts also declared homelessness a “serious problem” with more than half a million people going homeless each night across America. Approximately 65% of the nation’s homeless were counted in homeless shelters while the other 35% — just under 200,000 — could be found on the streets.

The report summarized the causes of homelessness as: the higher price of housing resulting from overregulation of housing markets; the conditions for sleeping on the street (outside of shelter or housing); the supply of homeless shelters; and the characteristics of individuals in a community that make homelessness more likely.

Last November, just two days after a war of words erupted between Democratic California Congresswoman Maxine Waters and Housing and Urban Development Secretary Ben Carson over the report, Democratic presidential candidates sought to address two of the nation’s most pressing social ills during the fifth Democratic presidential debate, and a number of them called for the building of new housing units in areas of opportunity.

Billionaire candidate from California Tom Steyer called the lack of affordable housing one of the biggest drivers of inequality in America.

“When I look at inequality in the United States of America, you have to start with housing. Where you put your head at night determines so many things about your life. It determines where your kids go to school. It determines the air you breathe, where you shop, how long it takes you to get to work,” he said.