A Los Angeles church that has been serving thousands of meals to people who are now unemployed following mass layoffs caused by the state's lockdown to combat the coronavirus pandemic counts rapper Kanye West and Chick-fil-A as among its donors supporting the cause.

"It's crazy; this is 37 straight days in a row, seven days a week, 11 hours every day, 7:30 in the morning until 6:30 at night," Matthew Barnett, pastor and founder of the LA Dream Center, told The Christian Post in an interview on Tuesday.

"I just knew on a Thursday, when the city was starting to shut down in LA, that by Monday we needed to be on the curb serving people. We started with enough reserve for maybe two days, that's all we had. And we just believed that God would help us along the way."

It wasn't long before cars of people in need started showing up. A friend of Barnett's who knows West told him that the rapper had been following their relief efforts and subsequently gave them a sizable donation, enabling them to keep the line going with two or three weeks of reserves.

Chick-fil-A also came on board to help, Barnett told CP, and has been donating 500 chicken sandwiches a day since the first week of the shutdown. 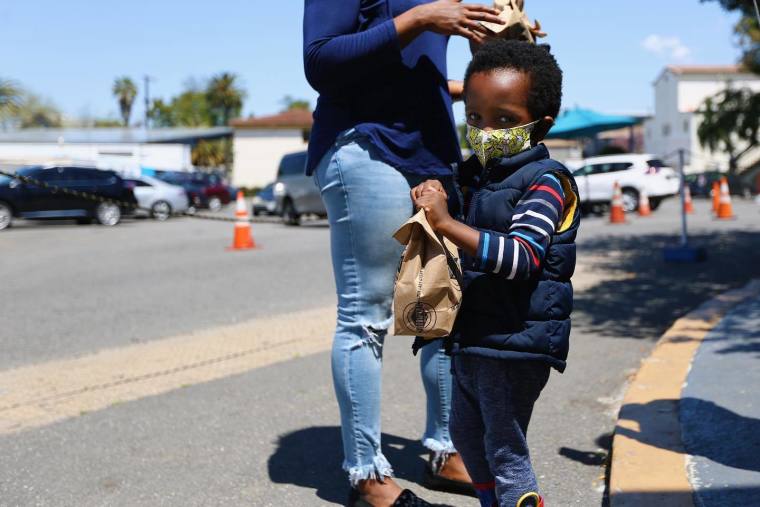 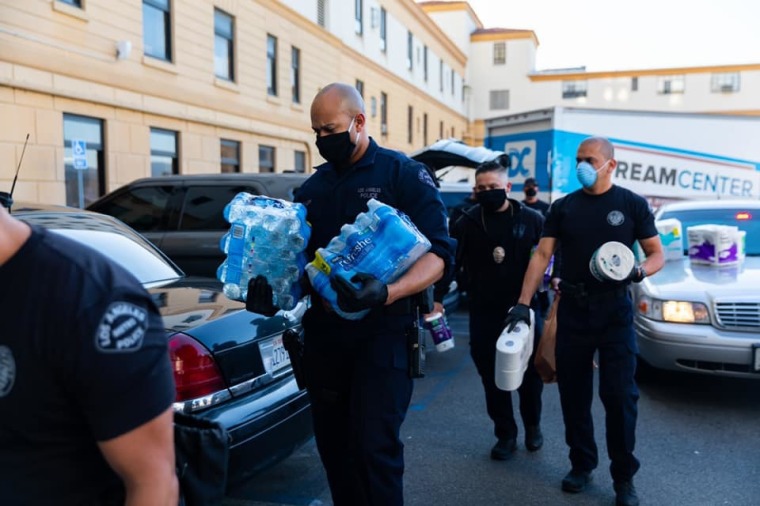 As a result of the pandemic, Los Angeles' unemployment numbers have increased by more than 1.3 million as over half if the city's residents are now out of work. But that hasn't stopped the flow of people who say they feel compelled to give.

"It has just been the most extraordinary thing I've ever seen. People are finding a way to give in the midst of their struggle," Barnett said.

More than 16,400 residents have been infected with the new coronavirus in Los Angeles County, according to official numbers, but a new study released by the University of Southern California shows that as many as 442,000 adults in the county have had virus and did not know it. As of Thursday, 729 people in the county have died of complications from the virus.

While the death toll is much lower than other areas of the country, such as New York City, the situation remains dire, the pastor said, noting that they don't yet know when life will return to normal.

"And as a result, people have just kind of gravitated toward it. I don't know what it is, maybe they know the kind of stress we're under to not only keep the food line going but we house 700 people every day who are homeless.

"So many good things are happening and we believe that God is continuing to do it, and we just keep showing up and wondering what miracle is around the corner."

Angelus Temple, the church of the Dream Center, is a Pentecostal megachurch of the International Church of the Foursquare Gospel in the Echo Park district of Los Angeles.