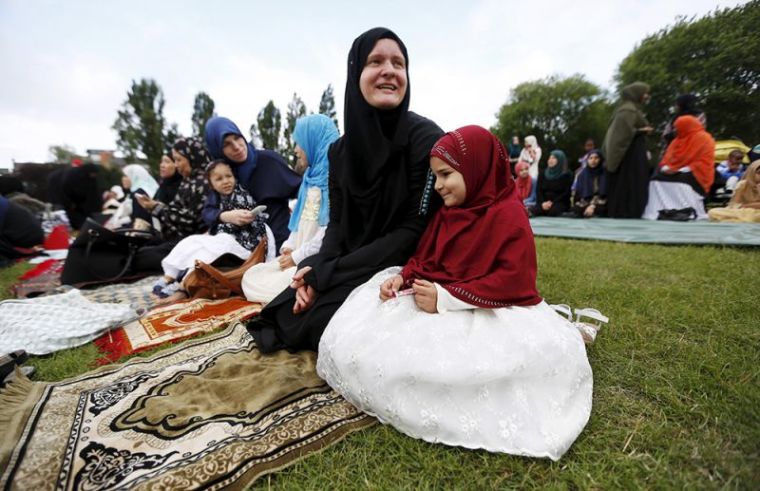 Muslim women and girls sit on prayer rugs before performing prayers for Eid-al Fitr to mark the end of the holy fasting month of Ramadan at a park in London, Britain, July 17, 2015. | (Photo: Reuters/Suzanne Plunkett) 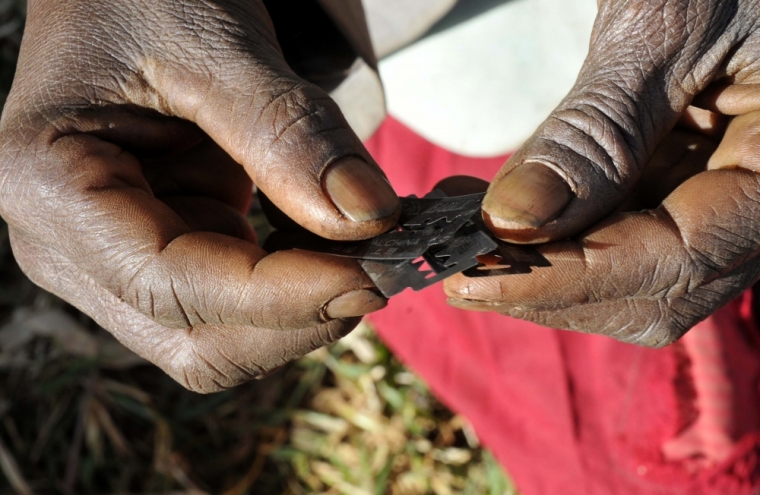 Prisca Korein, a 62-year-old traditional surgeon, holds razor blades before carrying out female genital mutilation on teenage girls from the Sebei tribe in Bukwa district, about 357 kms (214 miles) northeast of Kampala, December 15, 2008. The ceremony was to initiate the teenagers into womanhood, according to Sebei traditional rites. | (Photo: Reuters/James Akena) 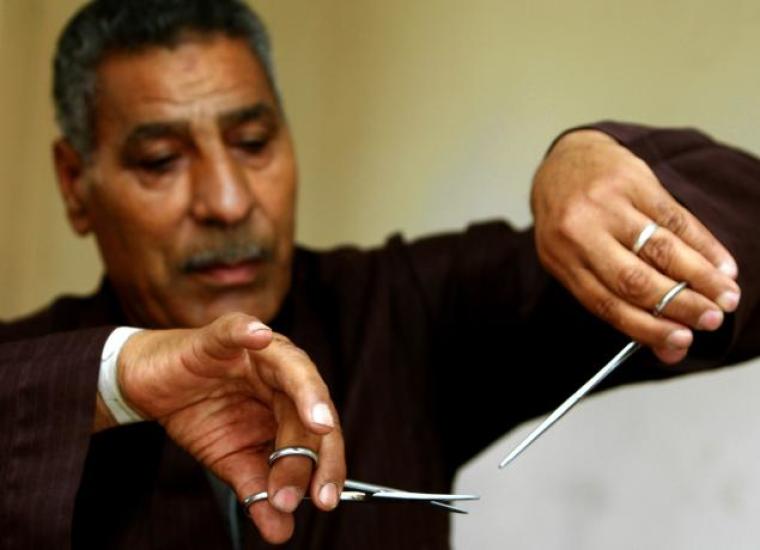 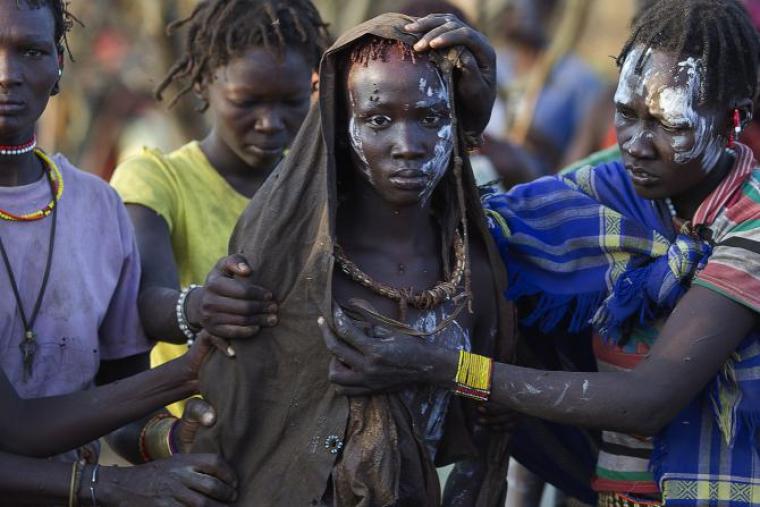 A Pokot girl walks to a place where she will rest after being undergoing genital mutilation in a tribal ritual in Baringo County, Kenya, Oct. 16, 2014. | (Photo: Reuters/Siegfried Modola)
View Photos

Female genital mutilation "parties" are becoming problematic in the U.K., with midwives from Africa being flown in to perform the illegal and dangerous practice, according to the Black Health Initiative, an England-based charity.

"We know of parties happening here in England, and in West Yorkshire we recently had to break one up, and we've stopped another from taking place," Heather Nelson, chief executive of the Black Health Initiative, said in an interview with BBC.

"What we're finding now is that where once girls were taken abroad to be cut, specialist midwives are now flown over and several girls are cut at the same time, which then leads to a celebration," she added, according to BBC.

The National Health Service has warned that at least 8,000 women from across England have been identified as FGM victims, a crime which carries a prison sentence of up to 14 years.

FGM is an illegal practice that involves the partial or total removal of the female external genitalia for non medical reasons, as the World Health Organization has reported.

The ritual is carried out for various reasons, such as the belief that the procedure reduces a woman's libido and decreases the risk of extramarital sexual affairs, and is linked to African non-Christian religions and traditions.

The Home Affairs Select Committee has said it is a "national scandal" that no one in the U.K. has ever been successfully prosecuted for the FGM offense, and there are various competing figures about how many women have actually been harmed by the practice.

Reuters reports that a 2014 study estimated that as many as 200,000 women and girls in England and Wales have either undergone FGM, or have been at risk of being victimized.

The Somalis, Sierra Leoneans, Eritreans, Sudanese and Egyptians are among the communities most affected by FGM in Britain, statistics have shown.

"FGM is a devastating act of violence that no woman or girl should ever have to suffer," Britain's Interior Minister Amber Rudd said.

In Africa and Asia, FGM most often affects communities in Islamic-dominated countries, though has been condemned by some Muslim leaders.

BBC reported in another article that FGM is also carried out in Singapore, where there is no legal ruling against the practice.

Ibrahim Sawifi of the Islamic Religious Council of Singapore has said, however, that the body "does not condone any procedures which bring harm to the individual," adding that the council has "always held the position that FGM should be avoided."

Others, however, such as a 45-year-old Muslim Malay woman interviewed by BBC, believe it is very much a part of Islamic law.

"I had it done, my daughter had it done, and I would definitely like my granddaughter to do it too," the Malay woman said. "It's something compulsory for us to do in Islam."