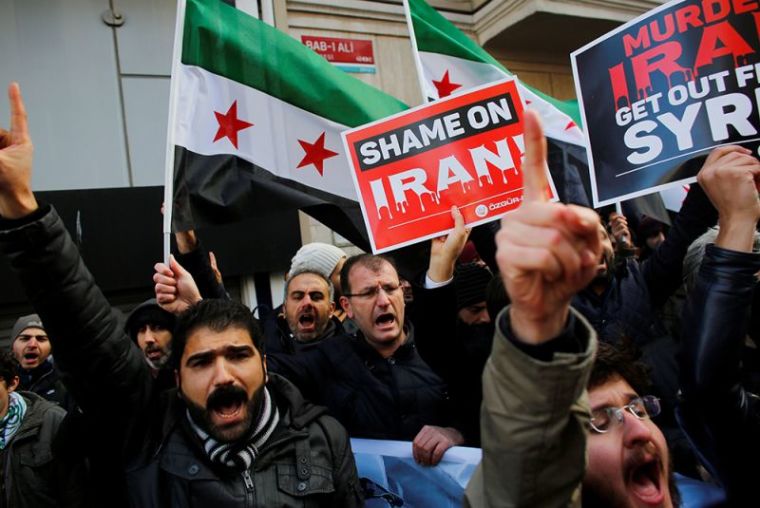 Demonstrators shout slogans during a protest against Iran's role in Aleppo, near the Iranian Consulate in Istanbul, Turkey, December 16, 2016. | (Photo: Reuters/Murad Sezer) 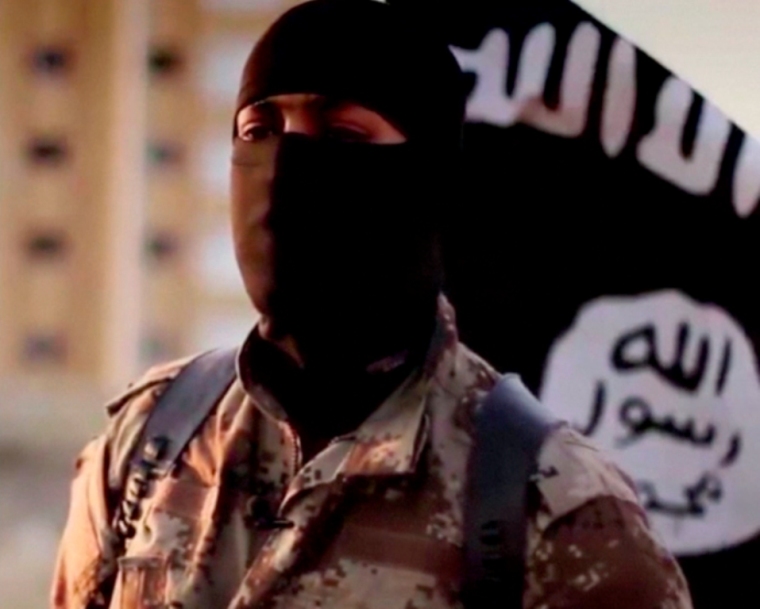 A masked man speaking in what is believed to be a North American accent in a video that Islamic State militants released in September 2014 is pictured in this still frame from video obtained by Reuters, October 7, 2014. The FBI said it was seeking information on the man's identity, and issued an appeal for help in identifying individuals heading overseas to join militants in combat. | (Photo: Reuters/FBI/Handout) 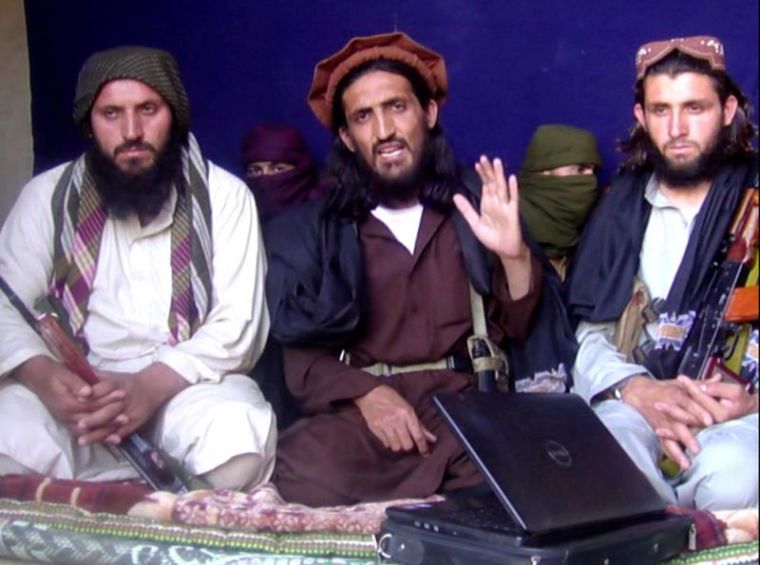 Best-selling author and evangelical Christian speaker Joel Rosenberg says there is an important distinction between dealing with and trying to defeat Islamic extremism that world leaders must take into consideration.

In a recent interview with Faithwire, Rosenberg, the author of the soon-to-be-released book Without Warning, and a number of other books on Islamic extremism, explained that there are two types of Islamic extremism with two different sets of goals that the world needs to be aware of.

As many are familiar with the term "radical Islam," there are a number of extremist terrorist groups causing havoc throughout the world that subscribe to the goals of "radical Islam," such as al-Qaeda, the Taliban, the Muslim Brotherhood and Hamas.

"Radical Islam is the movement that says, 'We will use force, we will use violence to drive the infidels, mainly Judeo-Christian society, out of the regions that we call holy lands and holy places — out of Saudi Arabia, where Mecca and Medina are, out of Israel, out of the Middle East, out of North Africa. This is ours, not yours,'" Rosenberg said. "'Those who don't believe the way we believe, the infidels, should leave.' That is radical Islam, very dangerous."

Although groups like the Islamic State can also be considered "radical Islam," Rosenberg explained that IS (also known as ISIS, ISIL and Daesh) and nations like Iran are to be categorized in a subset of radical Islam called "apocalyptic Islam," which have a goal of paving the way for the return of the Islamic "messiah," also known as the Mahdi or Twelfth Imam.

"A subset of radical Islam says, 'We're not just trying to use violence to drive infidels out of our region. We're going to use violence to eradicate infidels,'" Rosenberg explained. "In a world where the messiah is coming and he will set up a global Islamic kingdom known as a Caliphate, there is no place for infidels. You make your choice. You can convert or we are going to [kill] you."

"That is the leadership of Iran explicitly," Rosenberg, who lives in Israel, explained. "And, the leader of the Islamic State, Abu Bakr al-Baghdadi, who has a doctorate in Islamic theology, this guy knows Islam and he is saying from his interpretation ... he believes that the end of days has come and his job is to slaughter people until the messiah comes and finishes the job."

As IS purports to represent a brand of Sunni Islam and Iran is a Shia nation, Rosenberg said there are some differences in the eschatology of Iran and IS but their ultimate goal is essentially the same.

Rosenberg said that the leaders of Iran and IS hold a minority opinion within Islam that the coming of the Islamic messiah can be accelerated through chaos. However, Iranian leaders are of the opinion that they must build up a nuclear arsenal in order to create the carnage needed to facilitate the coming of the Mahdi.

Meanwhile, Rosenberg said, IS leaders do not believe that they need to wait for nuclear weapons to bring about the end of days.

"The Iranian approach is to have a long-term view. 'We are going to build a nuclear industry that can lead us to actual nuclear warheads. We are going to build long-range and even intercontinental ballistic missiles. When we are ready and when the messiah tell us, we will launch a global thermonuclear holy war,'" Rosenberg explained.

"Now, the leaders of ISIS, the Islamic State, they are Sunni and have a similar eschatology but they have a little bit different take. Without getting into all the nuances, they also agree that you can accelerate the end of days and the coming of the messiah," Rosenberg continued. "But, they don't take the Iranian position that you have to wait until you build nuclear weapons. Oh no. If you have a sword and an AK-47, you can commit genocide today. You don't have to wait for nuclear weapons."

As Iran is a globally recognized state with nuclear capabilities, Rosenberg said that he believes Iran poses a more existential threat to Israel and American allies in the Middle East.

When asked where the apocalyptic theology comes from, Rosenberg explained that although some of it comes from Quran, most of it is derived from the Hadith — a sacred collection of traditions and sayings of the prophet Muhammad.

"When you talk about radical Islam, it is important to say that it is only 7 to 10 percent of 1.6 billion [Muslims in the world]," Rosenberg said. "Ten percent of 1.6 billion is 160 million people. That is [roughly] half the population of the United States ... that would be the ninth largest country on the planet if you put all the radicals in the Islamic Republic of Radicalstan."

"A new president of the United States is going to have to face two forces that we have never seen in history," Rosenberg stressed. "We have never had one, much less two, nation states on the planet in all of human history whose leaders are trying to bring about the end of the world as we have known it."