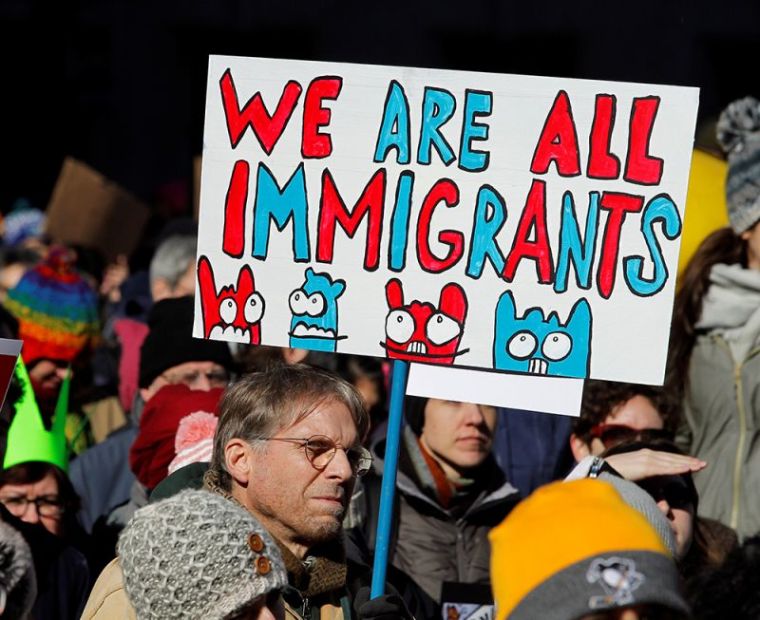 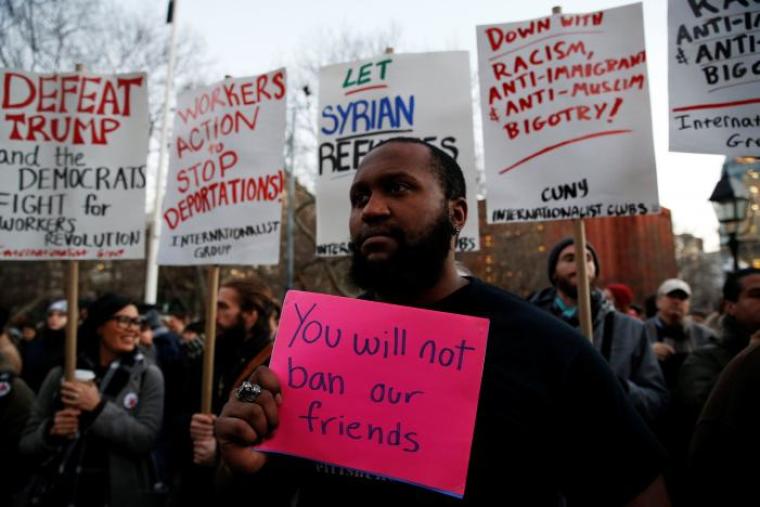 Pastor Dan Scott of Christ Church Nashville, 30 percent of whose congregation is made up of immigrants, says President Donald Trump's attempts at a travel ban for refugees is "at odds with the Gospel."

Scott told The Christian Post in a phone interview that Christ Church, a "spirit-filled evangelical Christian community" in Tennessee, has been helping refugees from different nations settle into the United States for many years now.

Christ Church, he explained, has been assisting many people from Nepal, as well as from a number of nations in Africa and Asia, along with Latin America, learn the language and other important things they need to know, such as the U.S. financial system.

"We help them with things like clothing, and just make friends with them, open up our church for them," so that they can "become members and part of our spiritual family here," he told CP.

The travel ban was hit by U.S. District Judge James Robart in Seattle, Washington, on Friday, who halted the temporary measure. On Sunday, a U.S. appeals court denied a request from the Department of Justice to restore Trump's order.

Scott criticized the temporary ban for the lack of proper explanation, and for not giving people time to prepare for it, at least two weeks or so in advance.

"I think it was mean spirited, I think it represents a rising tide of nationalism that is at odds with the Gospel," the pastor said.

Speaking about the Christian responsibility when it comes to refugees, he argued it should always be one of "openness and kindness."

Scott said that in both the Old and New Testaments, Christian faith "as such does not recognize national boundaries."

"It is a nation without boundaries, it is an international nation itself. A kingdom. All Christian are dual citizens: where they reside, and the Kingdom of God," he continued.

"As citizens of the Kingdom of God, we ought to see all human beings as created in the image and the likeness of God. As Christians, we believe that Christ died for all, and we are to give witness to all, and kindness and consideration to all. We risk harm to ourselves in order to show care to others."

Another controvery arose when Trump suggested in an interview with CBN News last month that his administration would prioritize Christians and other religious minorities seeking asylum in the U.S. However, such language about prioritization does not appear in the executive order.

Some megachurch pastors, such as Pastor Robert Jeffress of First Baptist Church in Dallas, Texas, have strongly backed Trump's attempts at a temporary ban and the suggestion to prioritize Christians.

"Nine out of the top 10 nations persecuting Christians are Muslim majority nations, which is why President Trump is absolutely correct in giving preference to Syrian refugees who are Christians," Jeffress said in an interview last week.

Persecution watchdog groups, such as Open Doors USA, have expressed mixed views on Trump's comments, backing him for recognizing the severity of Christian persecution, but also questioning whether the prioritization of Christians would actually be the right move.

"Expediting refugee entry for those intentionally targeted by ISIS, like the Yazidis and Christians and some Muslim groups, seems appropriate. However, cherry-picking one religion over another only exacerbates the already severe worldwide trend of religious persecution," David Curry, president of Open Doors USA, said in a statement.

Scott told CP that Christians have indeed been specifically targeted by radical groups in the Middle East.

"I think that Christians should be given consideration, and I think they have not," he said.

"I think that secularists often do not understand religious persecution."

The Christ Church pastor suggested that Trump's sentiments about prioritization "could have been explained differently," however.

He said that a nation "has a right, even responsibility to ensure safety for its citizens," but at the same time noted that the lone-wolf style attacks in Europe and the U.S. largely have not come from new migrants who have slipped through the vetting process, but from home-grown terrorists.

Scott added that sometimes "people who grew up as citizens have been radicalized, because they feel marginalized and discriminated against in these nations. Whether they are intentionally or not is another issue, but they feel that way."