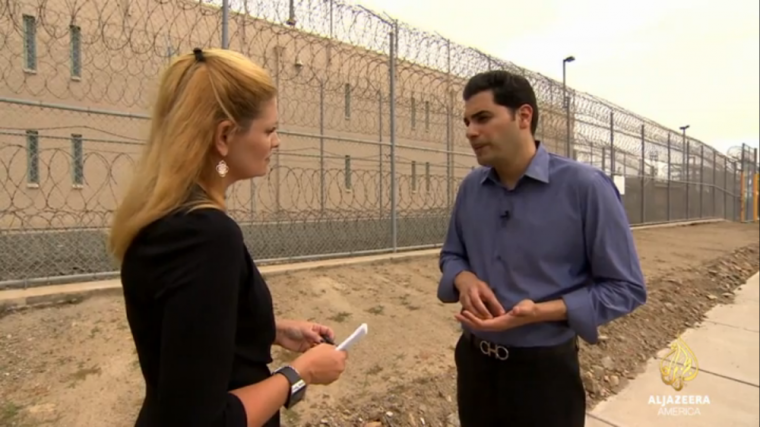 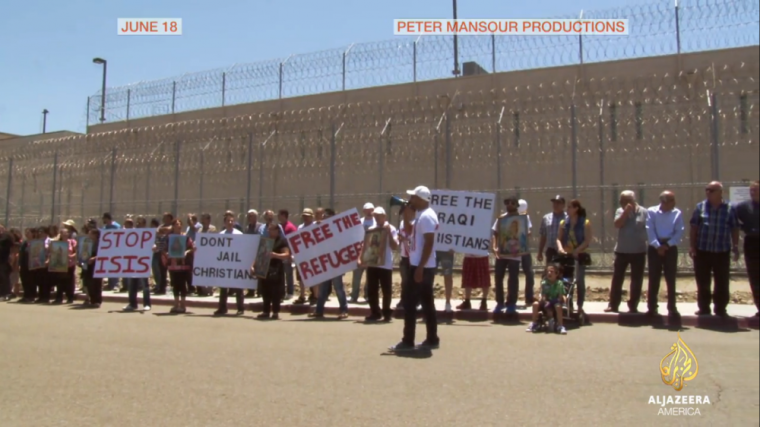 Despite having family members to sponsor them, a group of 20 Chaldean Christians who fled ISIS have been detained for over four months at the Otay Detention Facility in San Diego. The large Chaldean community in Southern California are unhappy with the unexplained delays and are demanding their release.

U.S. Immigration and Customs Enforcement (ICE) claim they are undermanned and face a backlog of cases but have offered little to the media about the prolonged detention of the Chaldean 20.

Mark Arabo, an activist and spokesmen for the local Chaldean community says, "What we do know is that they are being held without a real reason."

Arabo has pleaded with the highest levels of government demanding action for the group being held.

"We are protesting, we are talking to the State Department, and the White House and Congress, and we are putting pressure to make sure they release these twenty people," he declared to Al Jazeera. Arabo believes the excuses from immigration officials about indefinitely detaining them for bureaucratic reasons is "hard to believe."

Arabo pointed out that the men and women in detention have been held too long even by the government's own standards. The vast majority of foreign nationals detained or arrested by ICE are released under some form of supervision, according to their own statement.

"They've escaped hell. Let's allow them to reunite with their families," says Arabo. According to a Los Angeles Times report and an ACLU attorney in San Diego, detainees held for six months that have not seen a judge are by law required to have a court hearing.

Faith, McDonnell, director of religious liberty at the Institute on Religion & Democracy told The Christian Post the detainment is "a disturbing pattern" by the State Department.

"The fact that these asylum seekers are Christians and not Muslim and potential members of ISIS or some other jihadist group (which, of course, we don't discuss, anyway) does not make the "processing" any easier," declared McDonnell.

"This follows the disturbing pattern that we have seen from the State Department of ignoring the particular targeting of Christians by ISIS," said McDonnell, "while giving preferential treatment for asylum to other groups with expedited processing -- like Somalis, Iraqis, and Syrians, some of whom could very well be members of jihadist movements."

The number of Christians who have fled Iraq just since the rise of ISIS is estimated at well over 100,000. In March of this year the Chaldean Patriarch of Iraq, Raphael Louis Sako, testified at the United Nations Security Council saying, "The Islamic extremists groups refuse to live with non-Muslims. Iraqi Archbishop Bashar Warda has stated publicly that the only way to preserve Christianity in Iraq is to defeat ISIS militarily."

"These are Christians who fled for their lives," adds McDonnell, "who have family members willing to sponsor them, and whom, we can lay bets, will not shoot innocent young women in the back for fun, the way illegal immigrant Juan Francisco Lopez-Sanchez did.

"Not only are the Chaldean Christians themselves being eradicated from their ancient homeland by ISIS, but the ancient culture that goes back far beyond the Islamic invasion and conquest is also being obliterated by the barbaric actions of ISIS."

El Cajon, California, just outside San Diego, is second behind Detroit with the largest population of Chaldean Christians in the United States. Tens of thousands Chaldeans fleeing ISIS have found permanent homes in El Cajon.