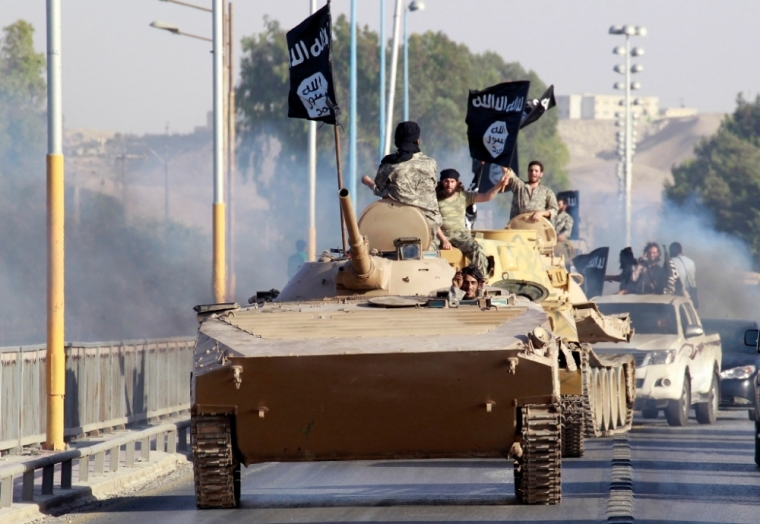 Militant Islamist fighters take part in a military parade along the streets of the northern Raqqa province, June 30, 2014. Militant Islamist fighters held a parade in Syria's northern Raqqa province to celebrate their declaration of an Islamic "caliphate" after the group captured territory in neighbouring Iraq, a monitoring service said. | (Photo: Reuters) 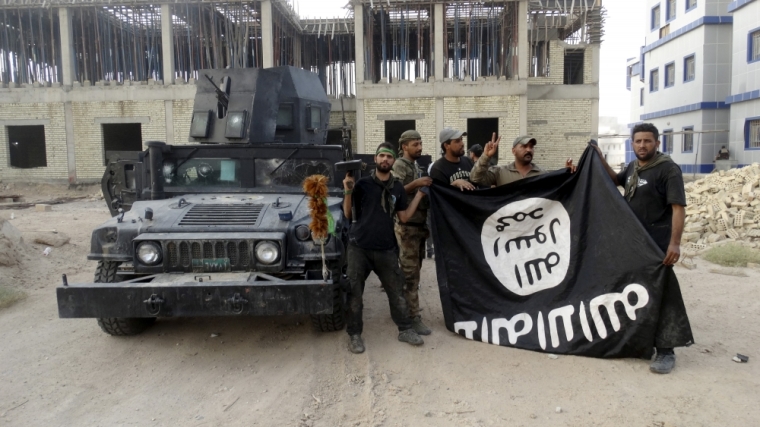 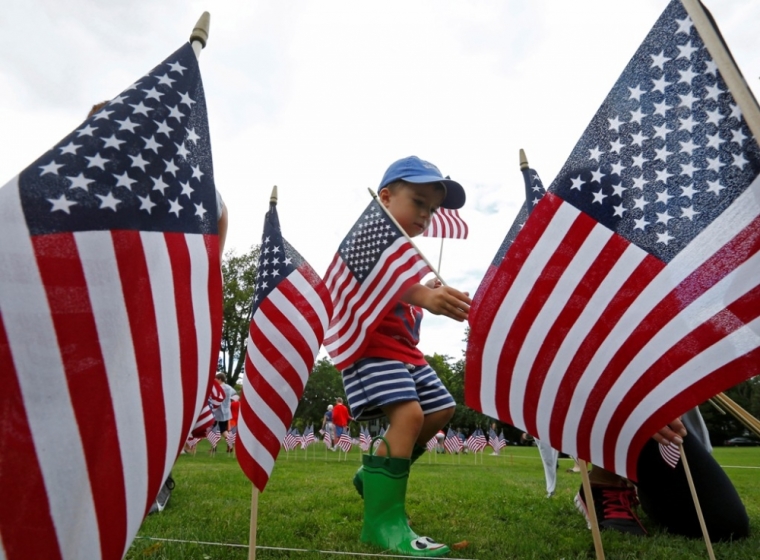 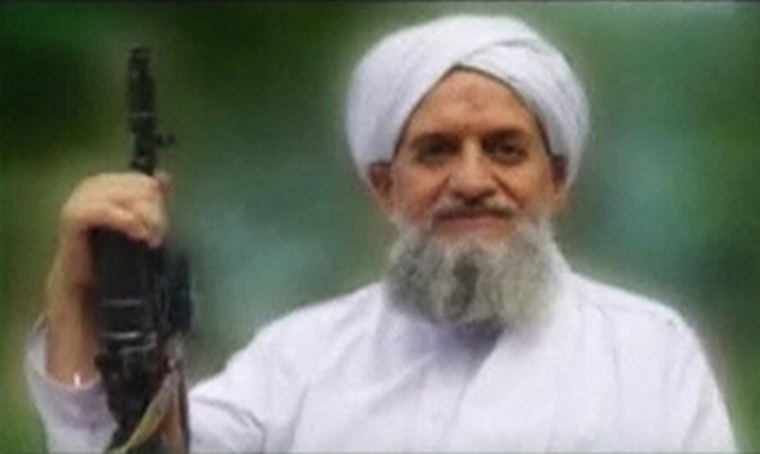 A photo of Al Qaeda's new leader, Egyptian Ayman al-Zawahiri, is seen in this still image taken from a video released on September 12, 2011. Al Qaeda has released a message in which Osama bin Laden's successor as the group's leader, al-Zawahiri said al Qaeda supported the Arab Spring. The hour-long video was released to mark the 10th anniversary of al Qaeda's Sept. 11, 2001 attacks on the United States. The SITE Monitoring Service, which tracks jihadist statements, quoted al-Zawahiri as saying he hoped the protest movements that have overthrown leaders in Egypt, Tunisia and Libya would establish what he called true Islam. | (Photo: Reuters/SITE Monitoring Service via Reuters TV) 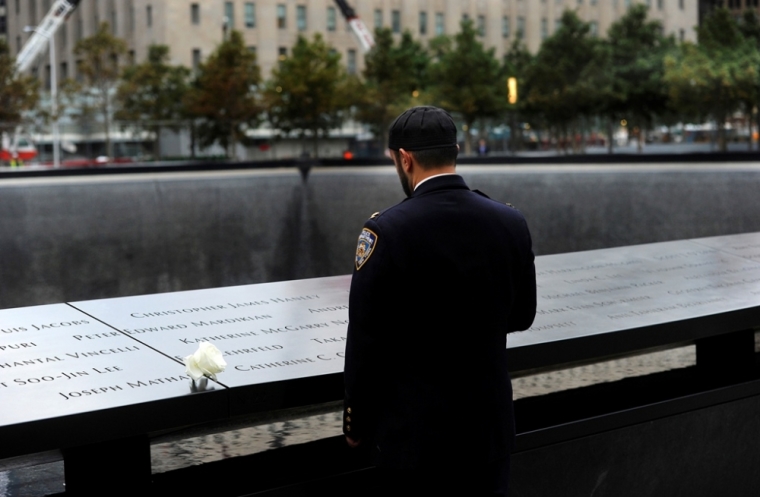 New York City Police Champlain Khalid Laitif stands at the edge of the North Pool during memorial observances on the 13th anniversary of the 911 attacks at the site of the World Trade Center in New York, Sept. 11, 2014. Politicians, dignitaries and victims' relatives were gathering in New York, Washington and Pennsylvania on Thursday to commemorate the nearly 3,000 people killed in al Qaeda's attack on the United States 13 years ago on Sept. 11, 2001. | (Photo: Reuters/Robert Sabo/Pool)
View Photos

Al Qaeda leader Ayman al-Zawahiri has said in a series of recently released messages that although the Islamic State terror group is "illegitimate" and operating against his wishes, it is time for the jihadists on both sides to work together in cooperation against the West, and launch attacks "to the heart of the homes and cities" of America.

"I call on all Muslims who can harm the countries of the crusader coalition not to hesitate. We must now focus on moving the war to the heart of the homes and cities of the crusader West and specifically America," al-Zawahiri says in one of the audio messages.

"We call for cooperation with Abu Bakr al-Baghdadi and his brothers," he continues, "to push back the attack of the enemies of Islam."

CNN points out that it is not clear when exactly the messages were recorded, as the al Qaeda leader makes reference to Taliban leader Mullah Omar without acknowledging his death, which suggests they may have been produced in March or April.

Al-Zawahiri criticizes IS leader Abu Bakr al-Baghdadi much like he did in 2014, accusing him of dividing the Muslim community and not listening to his directive to stay out of Syria. Al-Baghdadi has ignored all such warnings, and has instead established a "caliphate" on captured territory throughout Iraq and Syria.

"We do not acknowledge this caliphate," al-Zawahiri says. "Instead, it is an emirate of taking over without consultation, and Muslims are not obligated to pledge allegiance to it."

A large treasure trove of documents released by the U.S. Office of the Director of National Intelligence in May revealed that Osama bin Laden, the founder of al-Qaeda and mastermind behind the 9/11 attacks, had warned his supporters about the formation of IS.

"You should ask them to avoid insisting on the formation of an Islamic State at the time being, but to work on breaking the power of our main enemy by attacking the American embassies in the African countries, such as Sierra Leone, Togo, and mainly to attack the American oil companies," bin Laden tells Atiyah abd al-Rahman, a now-deceased al-Qaeda figure.

Still, in the new messages al-Zawahiri says that despite disagreements, militants need to unite against the U.S. and its allies, who have been carrying out airstrikes and supporting local ground militias that are fighting IS.

"Were I in Iraq or in Sham (Syria), I would cooperate with them in fighting the crusaders, the secularists, the Nusayris (Alawites) and the Safavids (Shiite) ... because the matter is bigger than me and their claim of establishing a caliphate," al-Zawahiri says.

He adds "unequivocally that if there is fighting between the crusaders, the Safavids, and the secularists, and any group from the Muslims and the mujahideen, including the group of Abu Bakr al-Baghdadi and those with him, then our only choice is to stand with the Muslim mujahideen, even if they are unjust to us."

The Institute for the Study of War said in a statement on Sunday that any such cooperation between IS and al Qaeda would be of great worry to the U.S., but also to Syrian President Bashar al-Assad, and the various rebel groups fighting both Assad and IS.

"Tactical or operational cooperation between ISIS and al-Qaeda is a dangerous scenario that may lead to a spike in global terrorist attacks against Western targets and could significantly undermine coalition attempts to regain terrain from ISIS in northern Syria," the organization said.