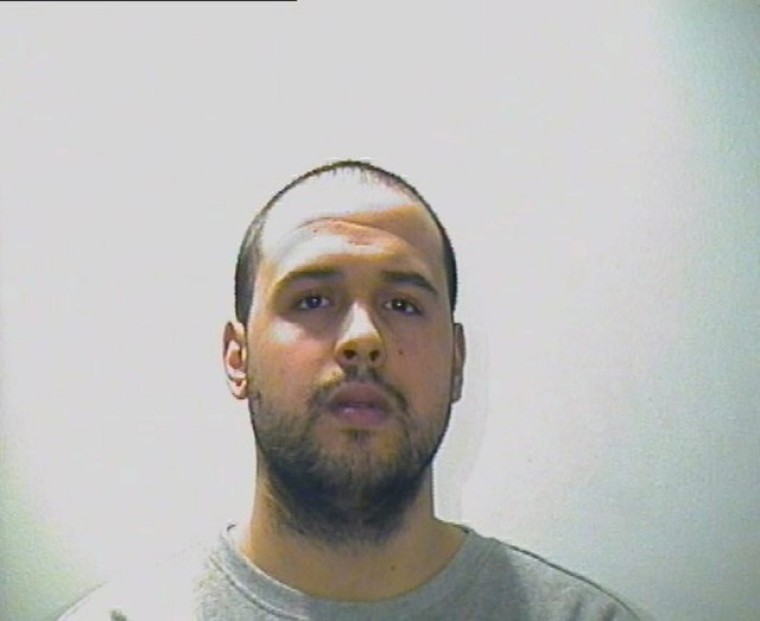 A man, whom Interpol said is named Khalid El Bakraoui, is seen in this undated photo issued by Interpol on their website and obtained March 23, 2016, after he was suspected of involvement in the Brussels airport and metro attack. | (Photo: Reuters/Interpol) 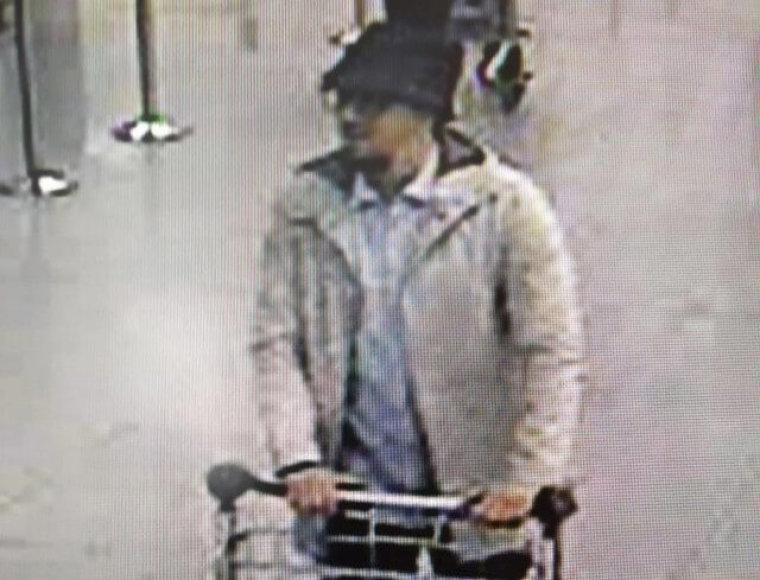 A man, who police have issued a wanted notice on suspicion of involvement in the Brussels airport attack. | (Photo: Reuters/Belgian Federal Police) 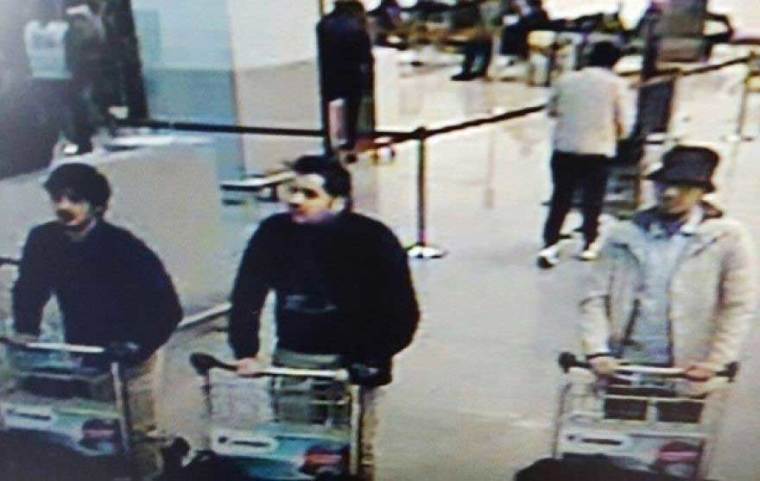 A young man in a hat caught on CCTV pushing a luggage trolley at Belgium's Zaventem airport alongside two others who, investigators said, had later blown themselves up in the terminal. | (Photo: Reuters/Belgian Federal Police) 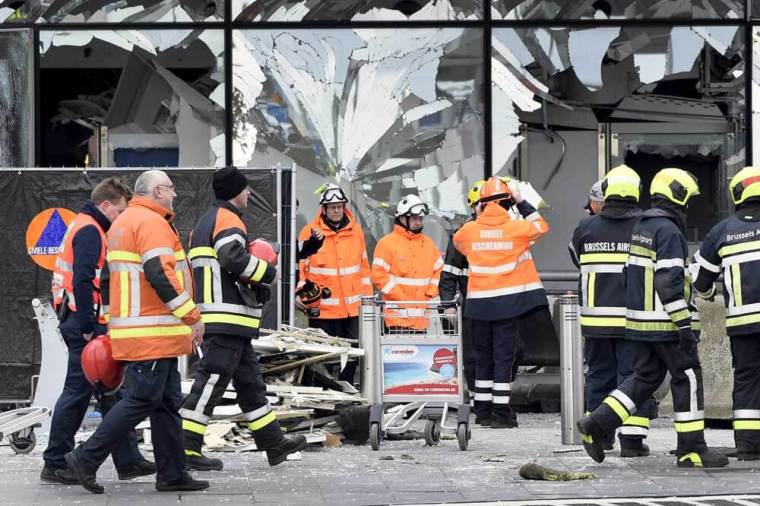 Broken windows of the terminal at Brussels airport are seen during a ceremony following bomb attacks in Brussels in Zaventem, Belgium, March 23, 2016. | (Photo: Reuters/Yorick Jansens/Pool) 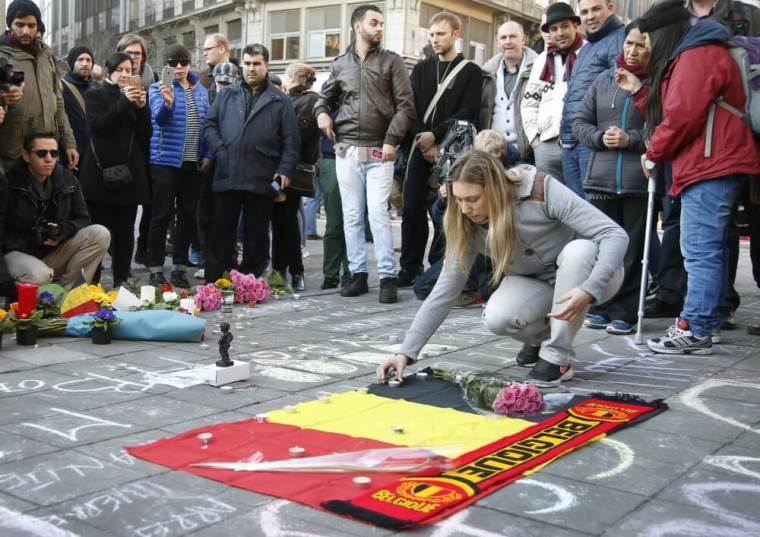 BRUSSELS — Belgium's chief prosecutor named two brothers on Wednesday as Islamic State suicide bombers who killed at least 31 people in the most deadly attacks in Brussels' history but said another key suspect was on the run.

Tuesday's attacks on a city that is home to the European Union and NATO sent shockwaves across Europe and around the world, with authorities racing to review security at airports and on public transport. It also rekindled debate about lagging European security cooperation and flaws in police surveillance.

The federal prosecutor told a news conference that Ibrahim El Bakraoui, 29, one of two men who blew themselves up at Brussels airport on Tuesday, had left a will on a computer dumped in a rubbish bin near the militants' hideout.

In it, he described himself as "always on the run, not knowing what to do anymore, being hunted everywhere, not being safe any longer and that if he hangs around, he risks ending up next to the person in a cell" – a reference to suspected Paris bomber Salah Abdeslam, who was arrested last week.

Both men, born in Belgium, had criminal records for armed robbery but investigators had not linked them to Islamist militants until Abdeslam's arrest, when police began a race against time to track down his suspected accomplices.

That seems to have prompted the bombers to rush into an attack in Belgium after months of lying low, according to the testament found on the laptop.

At least 31 people were killed and 271 wounded in the attacks, the prosecutor said. That toll could increase further because some of the bomb victims at Maelbeek metro station were blown to pieces and victims are hard to identify. Several survivors were still in critical condition.

The Bakraoui brothers were identified by their fingerprints and on security cameras, the prosecutor said. A second suicide bomber at the airport had yet to be identified and a third man, whom he did not name, left the biggest bomb and ran out of the terminal before the explosions.

Belgian media named that man as Najim Laachraoui, 25, a suspected Islamic State recruiter and bomb-maker whose DNA was found on two explosives belts used in last November's Paris attacks and at a Brussels safe house used by Abdeslam before his arrest last Friday.

Some media reported he had been captured in the Brussels borough of Anderlecht on Wednesday morning, but they later said the person detained was not Laachraoui.

Khalid El Bakraoui rented under a false name the apartment in the city's Forest borough, where police hunting Abdeslam killed a gunman in a raid last week. He is also believed to have rented a safe house in the southern Belgian city of Charleroi used to mount the Paris attacks.

The Syrian-based Islamist group claimed responsibility for Tuesday's attacks, warning of "black days" for those fighting it in Syria and Iraq. Belgian warplanes have joined the coalition in the Middle East, but Brussels has long been a hub of Islamist militants who operated elsewhere.

"We are determined, admittedly with a strong feeling of pain in our stomachs, but determined to act," Michel told a joint news conference with Valls. "France and Belgium are united in pain more than ever."

Valls played down cross-border sniping over security, saying: "We must turn the page on naivete, a form of carefreeness that our societies have known.

"It is Europe that has been attacked. The response to terrorism must be European."