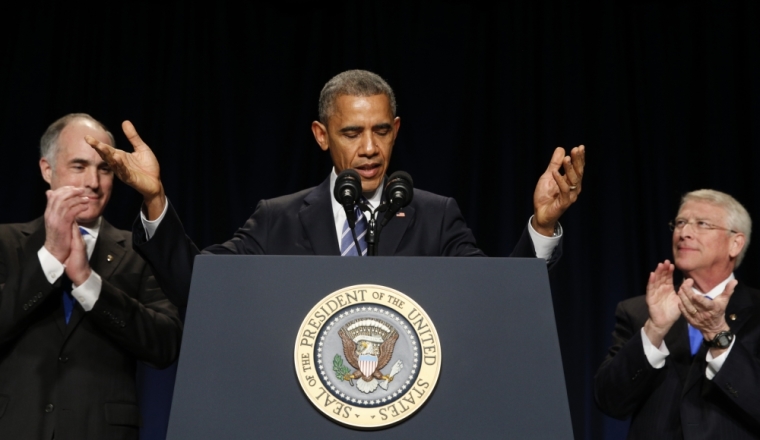 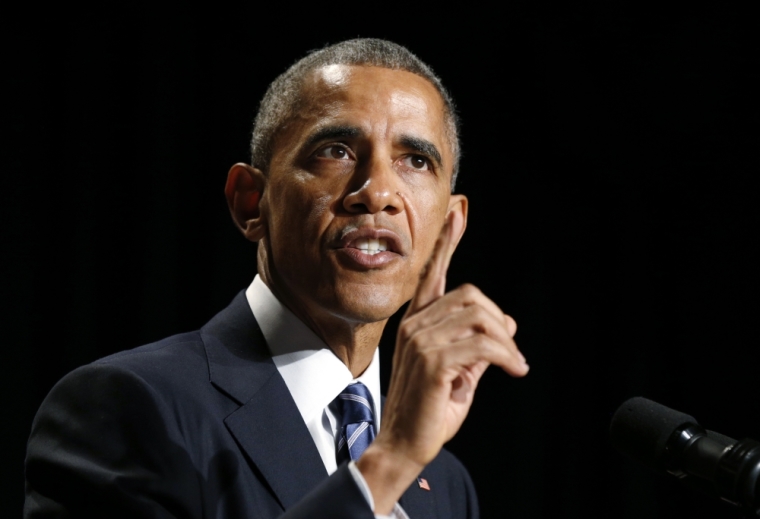 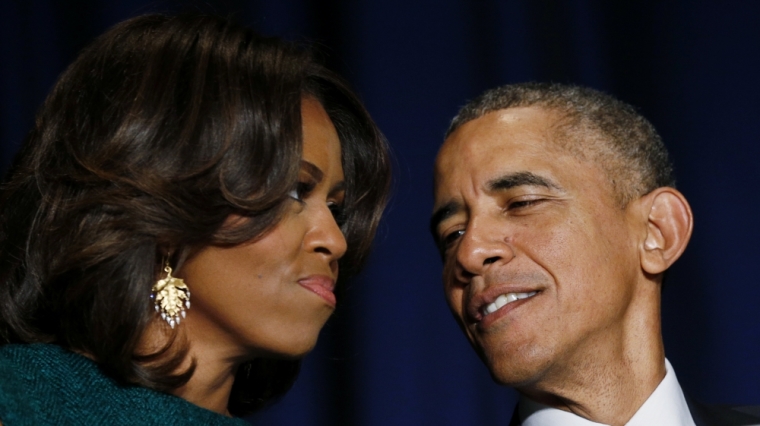 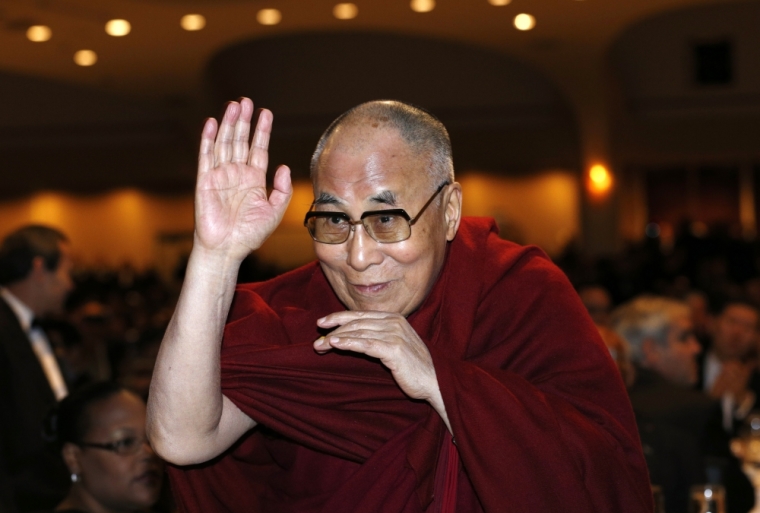 Three principles can guide people of faith in opposing those, like ISIS, who distort their faith and commit evil acts, President Barack Obama explained Thursday at the National Prayer Breakfast.

Compassion and love flows from all faiths, he said, and all faiths have been distorted for evil purposes.

Faith inspires people daily to do good deeds around the world, Obama reminded as he pointed out Dr. Kent Brantly, the Samaritan's Purse West Africa missionary who contracted Ebola and survived. Brantly delivered the opening prayer and was sitting to Obama's left.

Faith has also been misused for evil, he continued: "We see faith driving us to do right, but we also see faith twisted and distorted, used as a wedge, or worse, sometimes used as a weapon."

After alluding to recent acts of violence in the Middle East and Paris, Obama said that terrorists "profess to stand for Islam but are, in fact, betraying it."

"How do we, as people of faith, reconcile these realities?" he asked. "The profound good, the strength, the tenacity, compassion and love that can flow from all of our faiths, operating alongside those who seek to hijack religions for their own murderous ends? Humanity has been grappling with these questions throughout human history."

Committing violence in the name of religion is not unique to Islam, Obama reminded and referenced the Crusades, the Inquisition, slavery and Jim Crow. All of those, he noted, were defended by people who professed to be Christians.

Sin is the reason religion is misused for evil, Obama continued.

"This is not unique to one group or one religion. There is a tendency in us, a sinful tendency, that can pervert and distort our faith."

There are three principles that can guide us in opposing those who use religion for evil, he said.

"The starting point of faith is some doubt," Obama said. "Not being so full of yourself and so confident that you are right and that God speaks only to us and doesn't speak to others. ... That somehow we alone are in possession of the truth.

"Our job is not to ask that God respond to our notion of truth. Our job is to be true to Him and His Word and His Commandments. We should assume humbly that we are confused and don't always know what we're doing, and we're staggering and stumbling toward Him and have some humility in that process."

That humility, he continued, should drive us to oppose those who "misuse His name with fierce certainty."

An understanding of the importance of humility is what drove the American Founders to protect the freedom of religion, he explained.

2. Separation of Church and State

One of the reasons that the United States remains a highly religious nation, Obama claimed in reference to the Establishment Clause of the First Amendment, is that the government does not favor any one religion.

"Our government does not sponsor a religion, nor does it pressure anyone to practice a particular faith, or any faith at all, and the result is a culture where people of all backgrounds can freely and proudly worship without fear or coercion."

The freedom of religion, he continued, "is one we guard vigilantly here in the United States."

Obama also reminded that at last year's prayer breakfast they prayed for Kenneth Bae and Saeed Abedini, who were both imprisoned for their faith. The audience clapped as he mentioned that Bae is now home.

Abedini is still imprisoned in Iran. Obama mentioned that he recently met with his wife and children in Idaho. During that meeting, he "conveyed that we're doing everything we can to bring him home."

After that meeting, Obama said, he received a letter from Abedini thanking him for visiting with his family and "standing in solidarity with him during his captivity."

There is one law that "seems to bind people of all faiths and people who are still finding their way toward faith," he said, "... that Golden Rule, that we should treat one another as we wish to be treated."

The Golden Rule is not only found in Judeo-Christian faiths, he noted and quoted the Quran, "none of you truly believes until he loves for his brother what he loves for himself."

Obama also pointed to Brantly, Pope Francis and the Dalai Lama, the Tibetan Buddhist leader who was there as a guest, as exemplars of living according to the Golden Rule.

"This is perhaps our greatest challenge, to see our own reflection in each other, to be our brother's keepers and sister's keepers, and to keep faith with one another," he said.

Obama concluded by reiterating his first point about humility and referenced Micah 6:8.

"If we are properly humble, we drop to our knees on occasion, we will acknowledge that we never fully know God's purpose. We can never fully fathom His amazing grace. We see through a glass darkly, grappling with the expanse of His awesome love.

But even with our limits, we can heed that which is required, to do justice and love kindness and walk humbly with our God."