NEW YORK — At 8:46 a.m. on Friday, the exact time when the first plane crashed into 1 World Trade Center, North Tower on Sept. 11, 2001, the Rev. William Lupfer, rector of Trinity Wall Street church, rang the Bell of Hope in the churchyard of the historic St. Paul's Chapel. The chapel forms part of the Episcopal Parish of Trinity Wall Street in Lower Manhattan, New York City.

He rang the bell in a solemn pattern of "four fives," the traditional firefighters' salute to the fallen, as a small gathering of people quietly bowed their heads as he remembered the victims of the attacks on the World Trade Center, the Pentagon and United Flight 93 on the 14th anniversary of 9/11.

To remember the fallen, the bell, which was gifted to New York City in 2002 by the city of London, has been rung each year on 9/11 since the first anniversary of the terrorist attack.

Outside the chapel along Church Street, between Dey and Cortland Streets, people scribbled memories under a mural on the side of the Century 21 building as a man handing out free postcards repeatedly screamed "never forget" every time someone accepted his freebie.

But not everyone likes to remember.

Marilyn Rodriguez, a Staten Island Catholic, who started working with Trinity Wall Street just a few months after the attack, says she doesn't like to recall the event because she has seen too many people cry and believes remembering too long can cause unrest among the fallen.

"I try not to be reminded of the devastation. The night before it happened I worked and that morning when I saw the second plane go in [the tower] I thought I was watching a movie. ... Oh my God," she said on the eve of memorial services at St. Paul's Chapel. 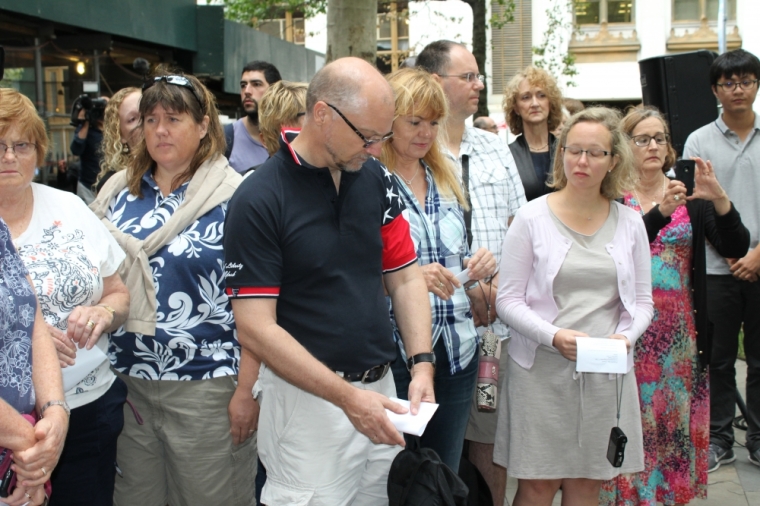 A crowd gathers in St. Paul's Chapel in New York City on September 11, 2015, to remember those who died during the terrorist attack of September 11, 2001. | (Photo: The Christian Post/Leonardo Blair) 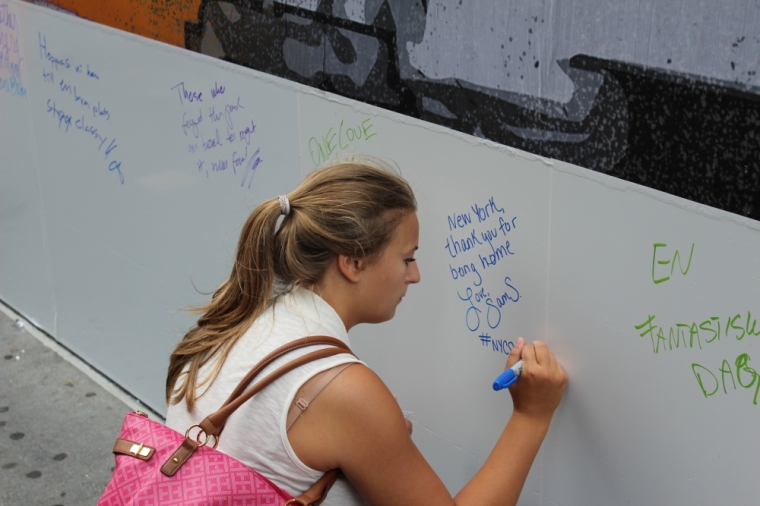 A woman writes on a memorial wall in lower Manhattan, New York City, in honor of the fallen on the 14th anniversary of the 9/11 attacks on September 11, 2015. | (Photo: The Christian Post/Leonardo Blair) 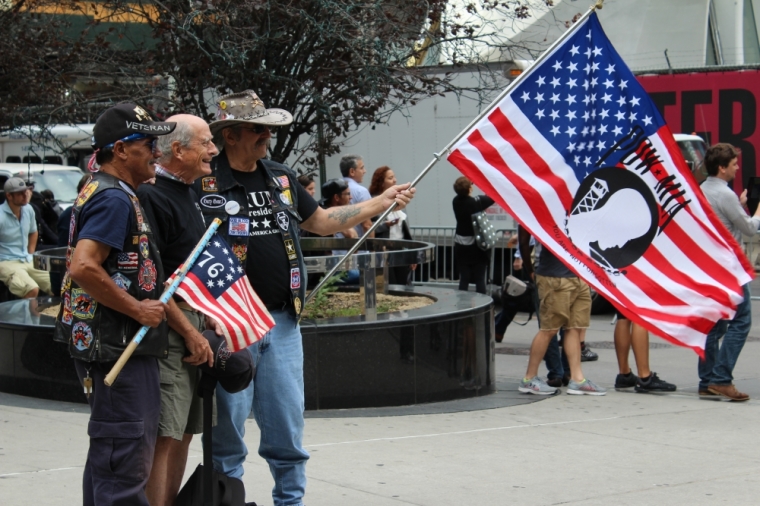 Veterans remember the fallen on the 14th anniversary of the 9/11 attacks in New York City on September 11, 2015. | (Photo: The Christian Post/Leonardo Blair) 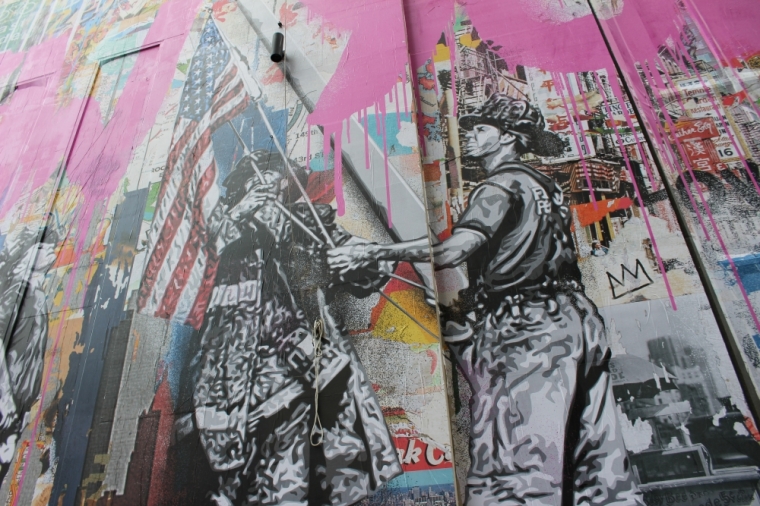 A mural on the side of the Century 21 building in Lower Manhattan, New York City, honors those who died during the 9/11 attack. Photo taken on September 11, 2015. | (Photo: The Christian Post/Leonardo Blair)
View Photos

"It is sad. You see firemen, workers crying, the smell was not good. The dust in the cemetery was about 3 feet high. I don't even like remembering. It's not a beautiful sight. People [who] come in here [say] they feel it [the devastation]. They talk to me, they say you don't feel it? And they come in they feel like cold and stuff. But I've been here too long. … They start crying and they start talking and I usually go away from that because I don't like to see anybody cry. I've seen too many people cry and it's not easy," she said as tourists milled about the sanctuary of the church, which also serves as a shrine to the fallen.

Pictures of the dead, uniforms belonging to firefighters, policemen and other first responders lay still as some lit little candles in their memory.

"I don't like to remember it, I really don't. It's been too long. I feel, as a Catholic, [when] the dead are laid to rest, let them rest because the more you keep remembering like this they're not going to rest in peace. If not, you're gonna just have them lingering around," she said, explaining that some of the workers who died in the towers would come to the church for the noon service.

For The Rev. Mark Bozzuti-Jones, director of pastoral care and community at Trinity Wall Street St. Paul's Chapel, however, it is important to never forget.

"On so many levels it's a profound blessing that we can host the 14th anniversary of the events of 9/11 at this very historic church which will celebrate 250 years next year," said Jones. "This is where George Washington had his inauguration. This church is the building with the longest continuous use in New York City. It is right that we come here.