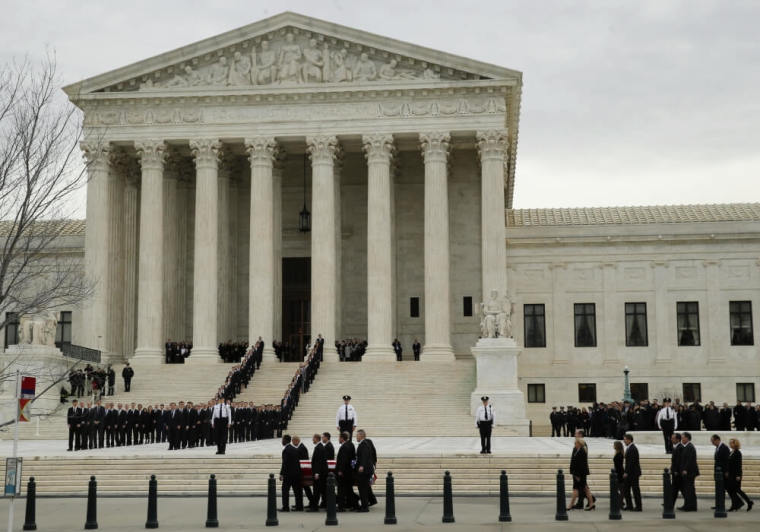 The casket of late U.S. Supreme Court Justice Antonin Scalia arrives at the Supreme Court, where Scalia's body is lying in repose in the court's Great Hall in Washington February 19, 2016. Scalia died on February 13, 2016 at the age of 79. | (Photo: Reuters/Jim Bourg) 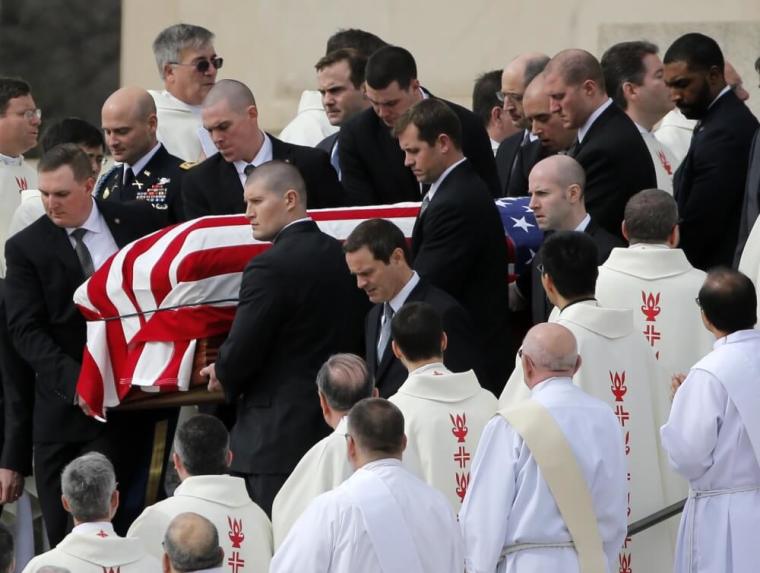 Pallbearers carry the casket of U.S. Supreme Court Associate Justice Antonin Scalia out of his funeral mass at the Basilica of the National Shrine of the Immaculate Conception in Washington, February 20, 2016. | (Photo: Reuters/Carlos Barria) 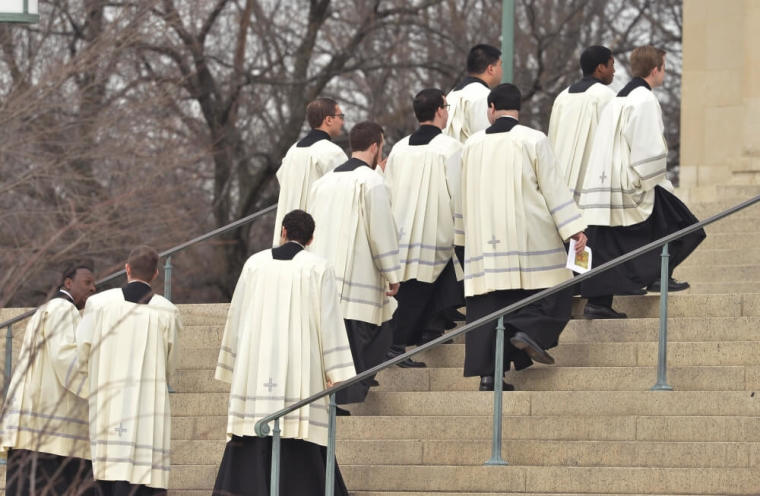 Priests arrive at the funeral Mass for the late Supreme Court Justice Antonin Scalia at the Basilica of the National Shrine of the Immaculate Conception in Washington, February 20, 2016. | (Photo: Reuters/Mike Theiler) 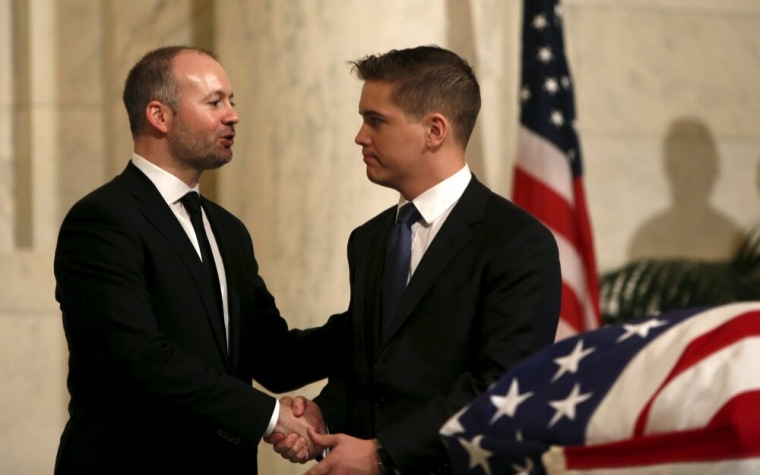 Two law clerks console each other next to the casket (R) of U.S. Supreme Court Justice Antonin Scalia at the Supreme Court's Great Hall in Washington, February 19, 2016. | (Photo: Reuters/Gary Cameron) 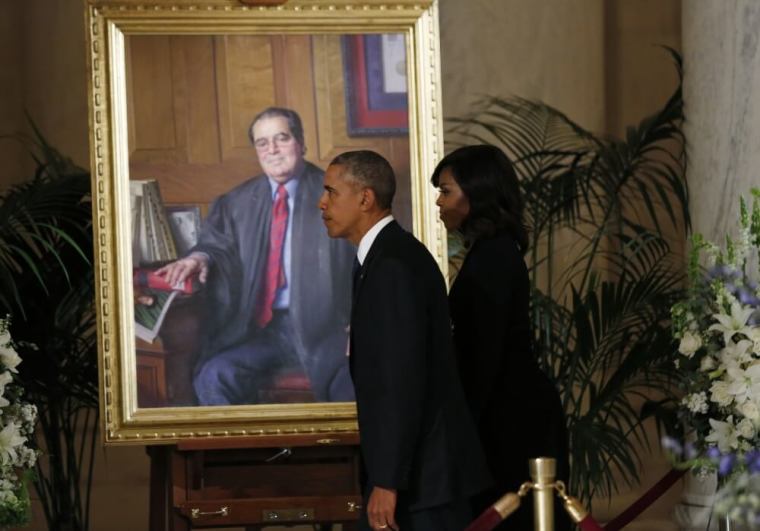 U.S. President Barack Obama and first lady Michelle Obama walk past a portrait of U.S. Supreme Court Justice Antonin Scalia after paying their respects at his casket in the U.S Supreme Court's Great Hall in Washington February 19, 2016. Scalia died on February 13, 2016 at the age of 79. | (Photo: Reuters/Kevin Lamarque)
View Photos

A private letter written after a funeral by U.S. Supreme Court Justice Antonin Scalia, a leading conservative voice on the high court who died recently, offers a glimpse his personal faith.

Justice Scalia wrote the letter in 1998, sharing his thoughts on the funeral of Justice Lewis Powell at Grace Covenant Presbyterian Church in Richmond, Virginia, that he had attended.

Addressing it to Dr. James C. Goodloe, who conducted the service, Scalia said he found it "reverent and inspiring."

"In my aging years, I have attended so many funerals of prominent people that I consider myself a connoisseur of the genre," Justice wrote to Goodloe, who read out the letter after Scalia's death, according to The American Conservative.

"When the deceased and his family are nonbelievers, of course, there is not much to be said except praise for the departed who is no more," he continued. "But even in Christian services conducted for deceased Christians, I am surprised at how often eulogy is the centerpiece of the service, rather than (as it was in your church) the Resurrection of Christ, and the eternal life which follows from that."

Justice Scalia said he was told that Roman Catholic canon law doesn't allow praising someone of something highly in the Church, noting, "though if that is the rule, I have never seen it observed except in the breach."

"I have always thought there is much to be said for such a prohibition, not only because it spares from embarrassment or dissembling those of us about whom little good can truthfully be said, but also because, even when the deceased was an admirable person — indeed, especially when the deceased was an admirable person — praise for his virtues can cause us to forget that we are praying for, and giving thanks for, God's inexplicable mercy to a sinner. (My goodness, that seems more like a Presbyterian thought than a Catholic one!)."

Justice Scalia said the clergymen who conduct relatively secular services are perhaps moved by a desire not to offend the nonbelievers in attendance, "whose numbers tend to increase in proportion to the prominence of the deceased."

"What a great mistake," he continued. "Weddings and funerals (but especially funerals) are the principal occasions left in modern America when you can preach the Good News not just to the faithful, but to those who have never really heard it."

It was a service that did honor to Lewis and homage to God, he added. "It was a privilege to sit with your congregation."

Scalia, a Reagan appointee credited with strengthening conservative jurisprudence and stressing the Constitution's original meaning, was found dead at a luxury resort in West Texas on Feb. 13. He was a guest at the Cibolo Creek Ranch. He died of natural causes.

"Justice Antonin Scalia stood as a champion of life, religious liberty and limited government," the Rev. Samuel Rodriguez, president of the National Hispanic Christian Leadership Conference and one of many Christian leaders who paid tribute to him, said in a statement shared with The Christian Post.

"The son of Italian immigrants, his life journey speaks to the power embedded when one reconciles faith with education. His presence on the court represented a firewall against judicial activism. His life should serve as both a reminder and a clarion call for us to be both vigilant and committed in defending our God-given rights to life, liberty and the pursuit of happiness."