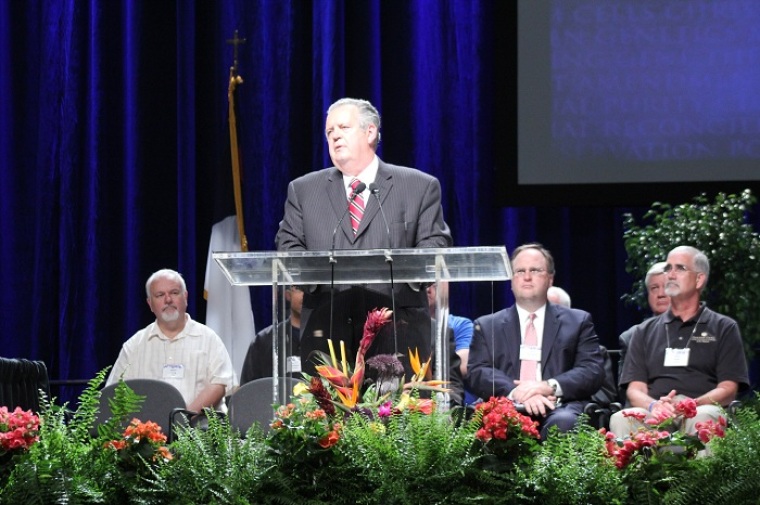 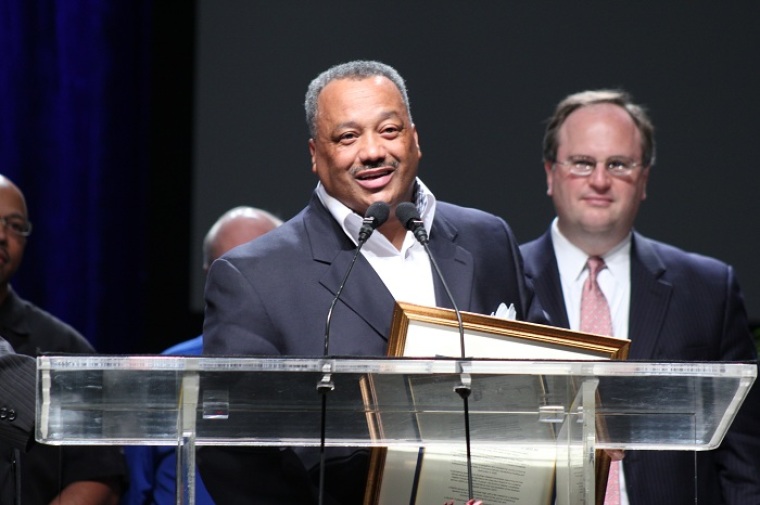 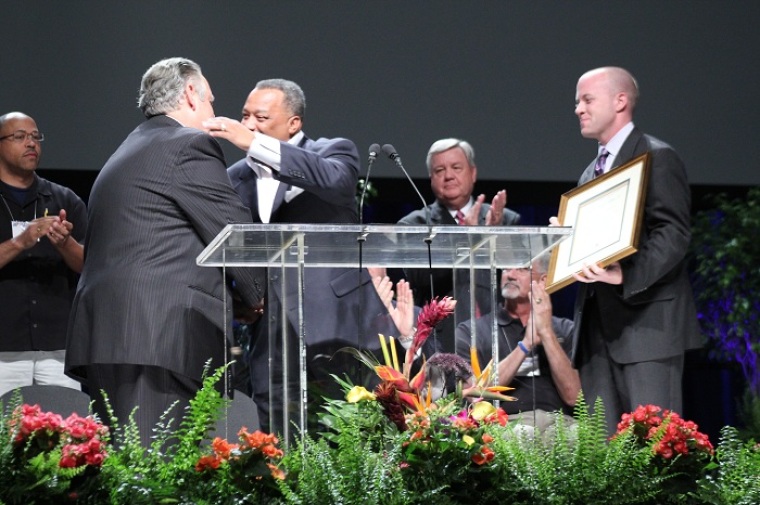 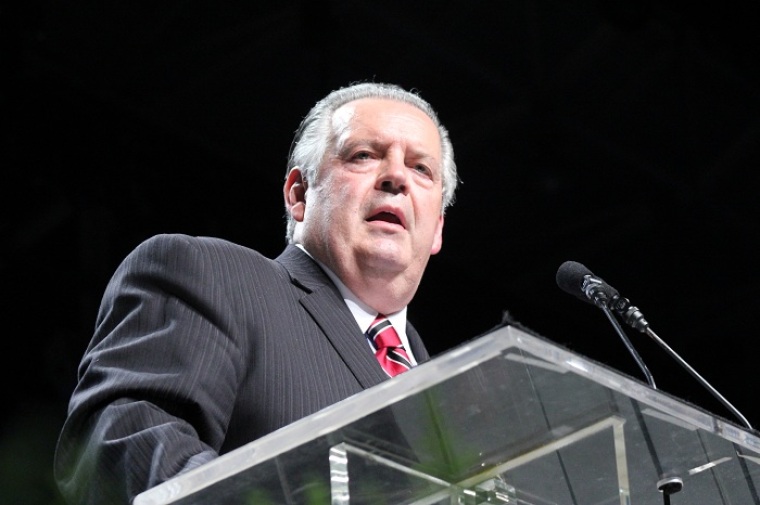 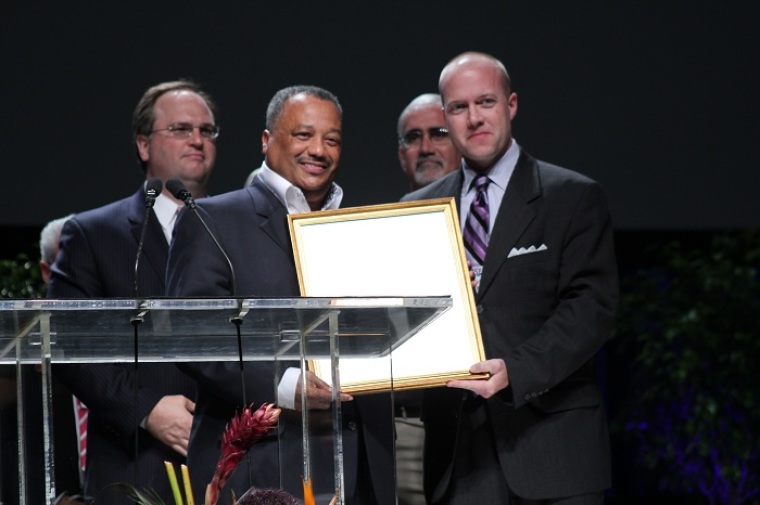 NEW ORLEANS – Dr. Richard Land, one of the most prominent leaders of the Southern Baptist Convention, addressed the reprimands over his Trayvon Martin comments in public for the first time at the denomination's annual meeting Tuesday. He also reiterated his commitment to racial reconciliation and acknowledged the work of Pastor Fred Luter, Jr., who became the first African-American president of the SBC yesterday.

Earlier this month, Land, president of the Ethics & Religious Liberty Commission – the denomination's public policy arm – received two reprimands by the ERLC executive committee for making "racially charged" comments in the Trayvon Martin shooting and for plagiarism during his Richard Land Live! radio program. The radio show was canceled as a result.

Standing before 8,000 messengers on Tuesday, Land addressed the reprimands before giving a presentation on the work of the ERLC over the past year.

"Let me just speak briefly about another elephant in the room, the charges of plagiarism and racially insensitive and hurtful remarks by me," he said.

"I've said on numerous occasions I believe in trustee oversight and governance. I am under the authority of trustees elected by you, the Southern Baptist Convention. I am tremendously appreciative of this whole process that it was conducted in a Christian manner by Christian gentlemen with the best interest of the Ethics & Religious Liberty Commission and the Southern Baptist Convention and its ministry foremost in all of our hearts."

Land has twice apologized for his comments made in regards to the shooting of Martin, a 17-year-old African American who was fatally shot in February by George Zimmerman, 28.

His apology has been accepted by several prominent black pastors of the SBC, including New Orleans pastor Fred Luter Jr. Luter had worked with Land on a 1995 document in which the Southern Baptist Convention officially apologized for racism in its past.

"Through all of this it has been my prayer that nothing I have said or done would detract from the historic election of our convention's first African-American president," continued Land.

"I have spent over half of my ministry working toward the goal of having an African American elected as our convention's president. And I pray that no mistakes of mine would rob our Heavenly Father of one moment of the glory that is His for the work that He has done and continues to do in changing the collective heart of the SBC on the issue of race."

"Today was as truly a historic moment as Southern Baptist life will ever experience. Praise God for His redeeming grace," he said.

Land said the ERLC and its predecessors, the CLC (Christian Life Commission), have always been committed to the cause of racial reconciliation and to a convention that reflects the demographic makeup of the nation.

Their efforts toward racial reconciliation, reported Land, include working with the African American Advisory Council on a 40-day prayer campaign that will culminate on Racial Reconciliation Sunday, to be observed on February 10, 2013.

Land also honored Luter for his work in the denomination with the ERLC's Distinguished Service Award. The decision to grant the award to Luter was made at the board's annual meeting in September of last year.

Luter accepted the award saying, "I just want to thank the trustees of this wonderful committee and my friend and brother, Dr. Richard Land, and all the men and women in this convention to bestow this honor to me in my hometown where my mom and my dad and my church family and my wife and my kids can be a part of this. I'm so very, very grateful."

"Thank you, Southern Baptists for the faith, trust and confidence that you have put in me."