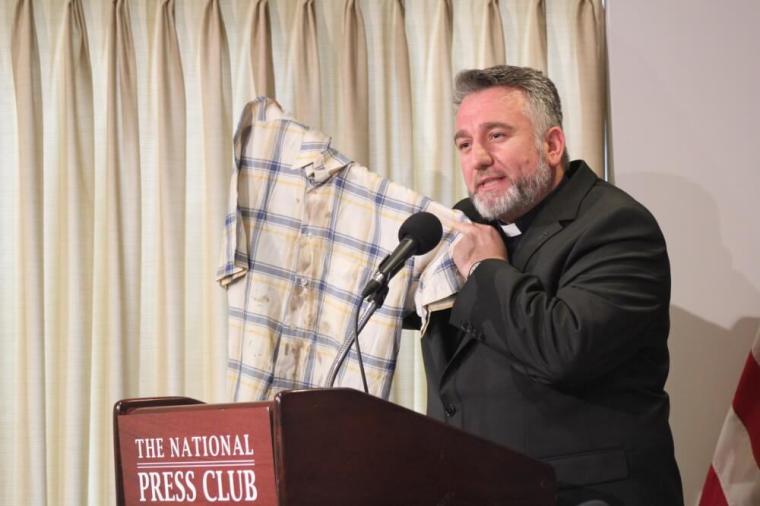 Chaldean priest Douglas al-Bazi holds up the blood-stained shirt he was wearing when he was abducted and tortured for nine days by Islamic terrorists in 2006 during a press conference hosted by In Defense of Christians and the Knights of Columbus in Washington D.C. on March 10, 2016. | (Photo: The Christian Post/Samuel Smith) 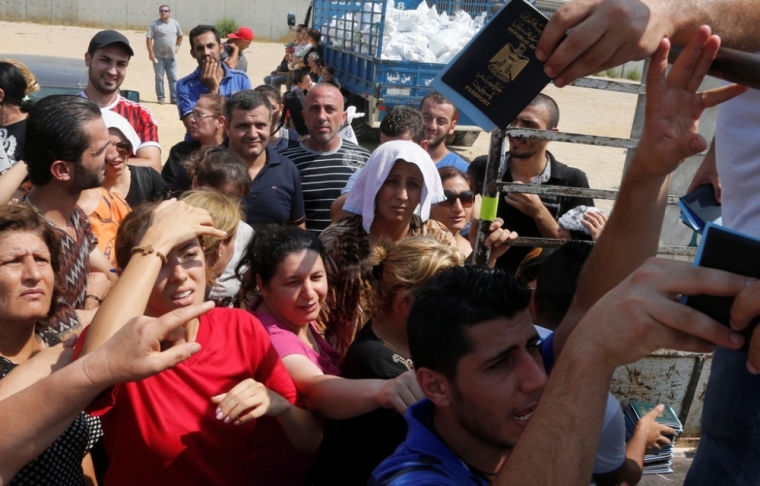 Iraqi families displaced by the violence in their country receive aid from a Chaldean Catholic Church truck in Beirut, Lebanon, August 13, 2014. Well financed and armed, Islamic State insurgents have captured large swathes of territory in a summer offensive, as the Iraqi army. Kurdish Peshmerga forces in the self-governing north have crumbled in the face of its onslaught, massacring Shi'ites and minority Christians and Yazidis as they advance. | (Photo: Reuters/Mohamed Azakir) 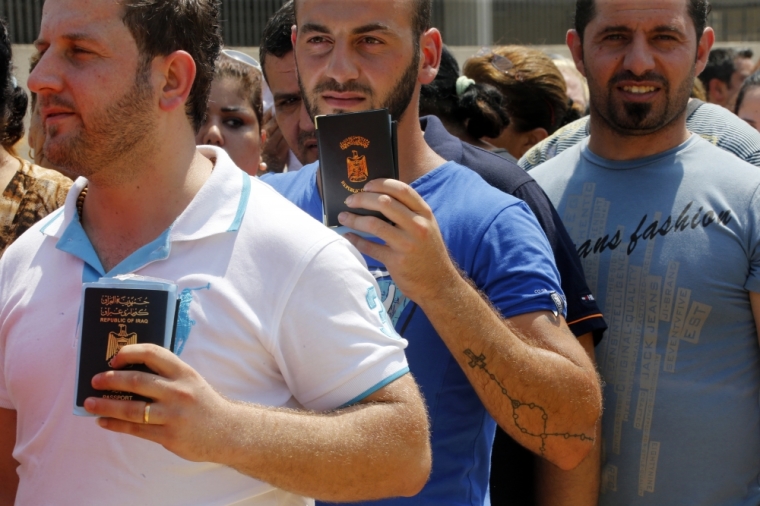 Iraqi Christians displaced by the violence in their country wait in line to receive aid from a Chaldean Catholic Church truck in Beirut August 13, 2014. Well financed and armed, Islamic State insurgents have captured large swathes of territory in a summer offensive, as the Iraqi army - and now Kurdish Peshmerga forces in the self-governing north - have crumbled in the face of its onslaught, massacring Shiites and minority Christians and Yazidis as they advance. | (Photo: Reuters/Mohamed Azakir) 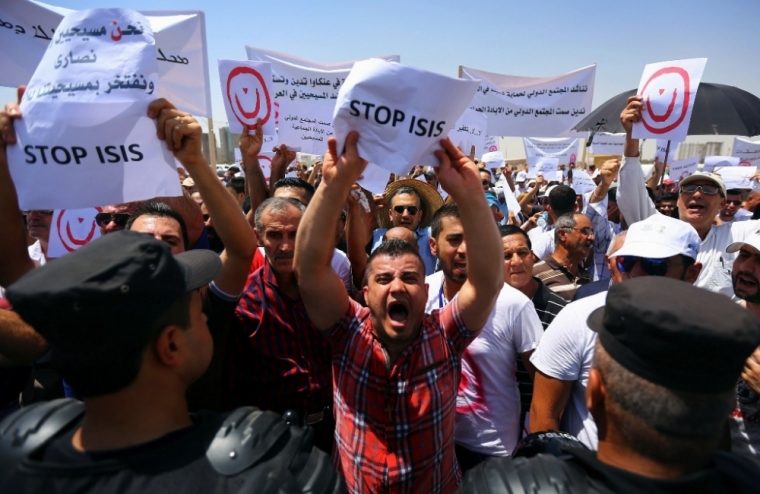 Demonstrators hold signs during a protest against militants of the Islamic State, formerly known as the Islamic State in Iraq and the Levant in Arbil, north of Baghdad July 24, 2014. Hundreds of Iraqi Christians marched to the United Nations office in Arbil city on Thursday calling for help for families who fled in the face of threats by Islamic State militants. | (Photo: Reuters/Stringer)
View Photos

WASHINGTON — Tens of thousands of displaced Iraqi Christians who fled from their ancient homelands over a year-and-a-half ago to escape the the barbarity of the Islamic State feel as though their plight has been forgotten by the rest of the world, a prominent Chaldean priest explained Wednesday.

Father Douglas al-Bazi, who left his home in Baghdad for the protection of the Kurdish North in 2013, now runs the Mar Elia Church in Ainkawa. As over 125,000 people fled from the Mosul area to Kurdistan following the rise of IS in the summer of 2014, Bazi's church currently shelters over 112 displaced Iraqi families, as it and 16 other churches in the area are being used as refugee centers.

Although refugee families living in the Mar Elia center have just a 10-by-15-foot iron container to call a temporary home and are struggling to find jobs and educational opportunities, the 43-year-old priest said in an interview with The Christian Post that he foresees Iraqi Christians living in refugee centers long after IS is defeated because of the lack of trust that they will be protected in their homelands.

"With the situation, the people that are in my center, they are going to stay for another 15 years at least," Bazi explained. "It is not just about the Islamic State. It is a problem there. I believe ISIS, sooner or later, they are going to go out, but how can we build the trust again for people?"

"One of the big issues is the trust because [the people that] turned against our people were their neighbors," Bazi continued. "Trust that if we are going to our home, will we be safe or are we going to be targeted again?"

Bazi, who visited Washington this week to call on the United States government to label IS' crimes against Christians and other minorities as "genocide," explained that the persecution of Mesopotamian Christians is not something that began with IS but rather is a centuries-long phenomenon that IS has culminated. He believes the persecution of Christians will continue even after the terrorist group is destroyed.

"We are victims. The word [genocide] sometimes doesn't make sense to us. Genocide is a big word here. To me and to my people, 'genocide' is a polite word. I think we need to find another word to be fitting for what has happened to my people," Bazi argued. "We are talking about systematic genocide. We are not talking about one [instance] just happening by the Islamic State. We are talking about a huge history of targeting our people. We are are one of the oldest groups — Christians in Iraq and Mesopotamia. Just suddenly we find ourselves losing everything."

Although each of the displaced victims has their own horrifying personal story to tell about their ordeal of fleeing IS, Bazi says the most painful thing that these people have to deal with is losing their sense of belonging.

"They wake up in the morning with a question mark about what is going to be at the end of the day. They are the same questions," Bazi said. "'Am I still living in the same container?' 'Am I going to stay in the same place?' 'Are my kids going to have a good education?' 'If one of my family members is going to be sick, will we find someone to take care of him?' 'If ISIS is gone and I go home, will I find my home?'"

"To lose the sense of [belonging], this is actually more harder to our people because my people actually miss the sense of having a country to call home," Bazi added. "We don't have that. My people think, 'Where's my home?'"