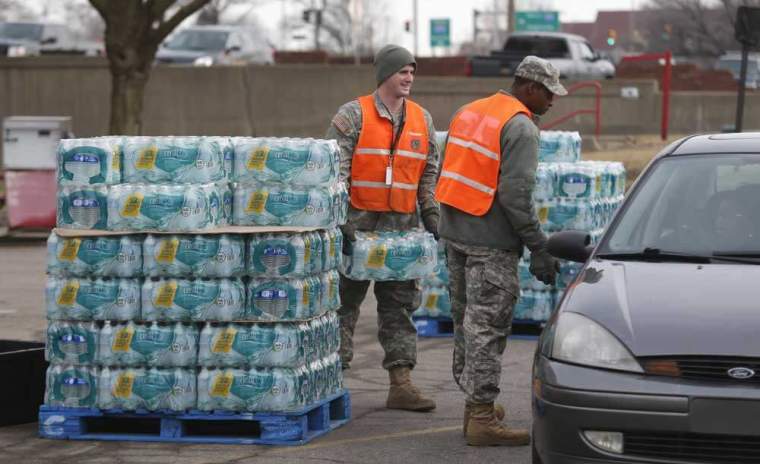 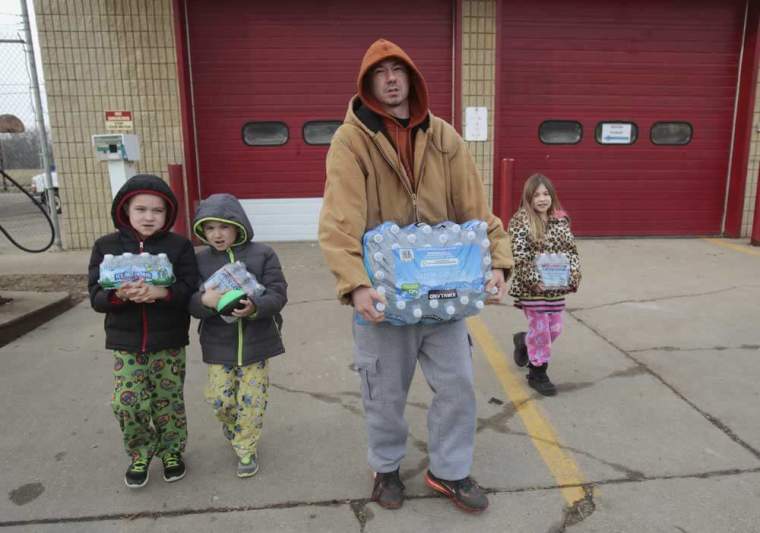 Bishop Marvin Sapp is one of numerous gospel singers, including Donnie McClurkin, Karen Clark Sheard, Dorinda Clark Cole and Kierra Sheard, that are using their platforms to help Flint, Michigan, in the midst of a water crisis.

Sapp is doing more than just bringing water to the troubled residents of Flint, but also preaching and doubling dollar donations.

The 49-year-old gospel singer and senior pastor of Grand Rapids Lighthouse Full Life Center, who oversees 15 churches in Michigan, Illinois, Ohio and Missouri as bishop over the Central Province of GUF, spoke about his plans to help those in Flint on Feb. 11.

Last month, President Barack Obama declared that the city was in a federal state of emergency after years of water contamination led to high lead levels in drinking water, and named the water contamination as a possible cause of a Legionnaires' disease outbreak in the area. The problem started in 2014, when Flint stopped using the Detroit Water and Sewerage Department as a water source that drew from Lake Huron and the Detroit River.

Instead, government officials decided Flint should use the Flint River as their main supply for drinking water to save money, which ultimately became a health risk to thousands.

Now, Michigan pastor and gospel singer Marvin Sapp is leading a call to action after preaching at The Church of the Harvest in Flint on Feb. 4 and Feb. 5. He expressed excitement to be preaching to those discouraged in Flint and called for water donations.

"I believe it's important for us, in this day and time, to bring something that's tangible too, something that's absolutely needed and that is water," he said on the Tom Joyner Morning Show.  "I just don't believe that we should just sit idly by and watch things happen, so I just decided I'm not just going to take the Word, but I'm going to take water, too,"

Although the Flint water crisis has been taking place for nearly two years, Sapp said, "I'm thankful that it's finally coming to the forefront."

"Got about over 5000 CASES (not bottles) of clean water headed to FLINT, MI," McClurkin told his Twitter followers.

Last month, Bishop J. Drew Sheard, who serves as a general board member of the Church of God in Christ & Prelate of the Michigan North Central Jurisdiction, joined with his gospel singing wife, Karen Clark Sheard, daughter Kierra Sheard and sister-in-law Dorinda Clark Cole to present a concert that benefited Flint residents. At the concert, donations of bottled water were accepted

"The Water Crisis Concert was a success. The Lord blessed North Central Jurisdiction, under the direction of @bishopdrewsheard, to accomplish our efforts of buying over seven thousand cases of water for #Flint," Clark Sheard wrote on Facebook. "This event was held at Cathedral of Faith Ministries COGIC with @pastorchrismartin! #geicogic #faith #family."