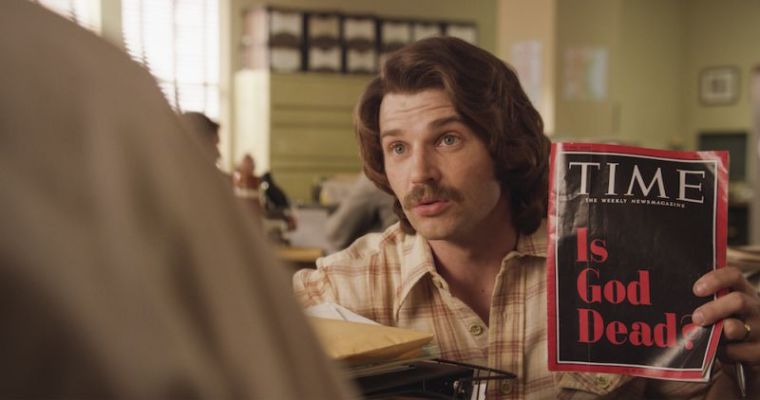 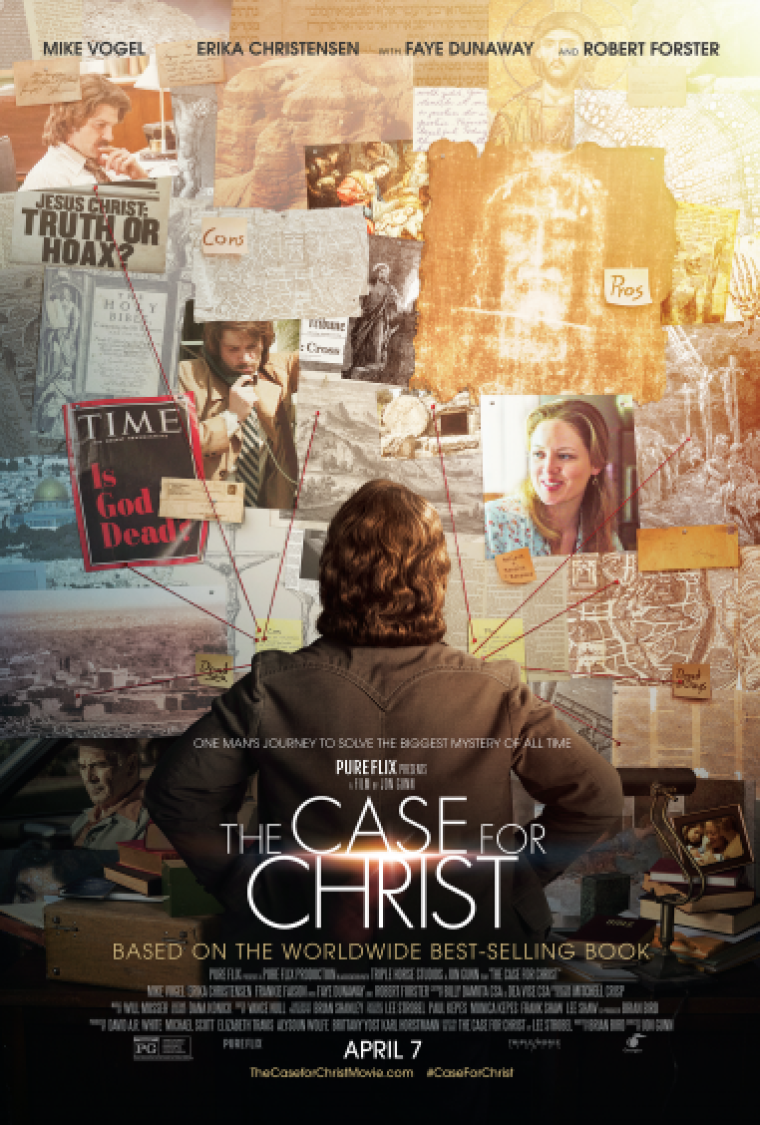 Former atheist Lee Strobel says believers and nonbelievers alike will find the proof and truth they're searching for about God in the new film, "The Case For Christ."

Strobel's best-selling book now turned into a film of the same name, "The Case for Christ," hits theaters on Friday and follows the story of a journalist who sets out to disprove the resurrection of Jesus Christ after his wife becomes a believer.

Strobel, played by actor Mike Vogel, interviews experts about the resurrection of Christ and the validity of the biblical accounts. His wife is played by "Parenthood" actress Erika Christensen.

Strobel says the film has many great angles to it, including struggle in a marriage due to spiritual conflict, the relationship between a father and a son, and a peek into big city journalism.

He believes "the spiritual journey" is what will be most compelling to viewers.

"Some of the evidence for the resurrection of Jesus helped convince me, as an atheist journalist, that there is really truth behind the Christian claims," Strobel told The Christian post.

He noted that Webster's Dictionary word of the year last year was "post truth," which means a time period where facts are less influential.

"We are living in a post truth era, where people are searching for solid ground, they're looking for something to say this is true, I can rely on this. Christianity claims to be true. It says it's not wishful thinking or make-believe or legends or mythology, but it's based on actual historical evidence. And I think these days young people especially are looking for something solid like that to put their trust in," he said.

The award-winning author believes it's a Christian's responsibility to present the Gospel message in a creative way to others, and he says that's exactly what "The Case for Christ" film does.

When asked what he thought about how people should go about presenting a case for Christ, he replied, "I think in this culture we, as Christians, should probably do more listening than talking. Emphasize valuing people, having no strings attached relationships through where we can have an honest discussion about what we believe and why we believe it."

As believers work to build relationships with atheists or people from other faiths then they can introduce content like the film to create room for a great discussion about Christianity, he said.

"We really feel like this movie is going to capture people's imagination and encourage them to take seriously the fact that there is good evidence to believe Jesus is who He claimed to be," Stroble said.

The Yale graduate believes atheists will go see the film out of curiosity to learn what the case for Christ actually is.

"I do think that in this time of cultural relativism where truth is under attack it's a perfect time for this movie. There is something that we can base our life on that is solid, that is true, that is trustworthy, that will change and will transform us, that will ensure our eternity with God!" Strobel exclaimed.

"The Gospel message is crystal clear in this film. It's not overbearing but it's in there and anybody who sees this film is going to come away with number 1, understanding with crystal clarity what it means to become a follower of Jesus, and number 2, they're going to walk away with the evidence that Jesus not only claimed to be the son of God but he backed it up by returning from the dead."

A notorious atheist, it was the faith of Strobel's wife, Leslie, that eventually led to him on his quest to find out whether or not the Gospel stories of Jesus' life are true.

Now he shares his advice with couples on how they, too, can effectively witness to their significant other.

"There are so many couples that either are from two different religions — Christianity or another religion — or one is not a believer and the other is. Or even more common, one is a passionate and committed believer and the spouse is just not very interested in spiritual stuff," he explained. "Those spiritually mismatched marriages are very common and people in those relationships are going to get a lot out of this movie because that was our situation."

The 65 year old explained that when his agnostic wife came to faith and he turned from his atheist belief, everything changed.

Strobel confessed that even though things eventually worked themselves out, it was a struggle to get it right once they changed course.

"One of the things she did that did work was allow God,  over time, to transform her values and her character. So, as I looked at her, there was an attractiveness, a winsomeness to the positive changes in her character and values that encouraged me to check out Christianity to see if it was true," Strobel said.

"The Case for Christ" showcases this struggle on the big screen and Strobel said if couples want to go beyond the film to learn more about how to find common ground in their relationship, he and his wife have penned a book titled, Surviving a Spiritual Mismatch in Marriage.

The former Chicago Tribune writer said the movie also showcases journalistic integrity, something he maintains is very different now than it was in the 1980s.

"It was a different era, so you'll see in the film when writing an article my editor questions me about, 'How do you know this is true?'" he pointed out. "These days there's so many websites and news organizations that don't have that vetting of the evidence beforehand. So it's really up to the reader to try and figure out, 'What do I trust, what can't I trust, what's good, what isn't?'"

"So, this is a big shift in our culture and I think a dangerous shift because people aren't generally equipped to know and to test what they read to determine whether it's telling the truth. In the spiritual realm the same is true. When we investigate, for instance, the New Testament in the Gospels, how do we know that that's telling us the truth? How do we know that that's reliable? And those are some of the kinds of issues that as a skeptic I investigated especially the resurrection of Jesus," Strobel continued.

Strobel strongly believes viewers will come away with an understanding of why Christians believe Jesus was raised from the dead, and can prove that He is "The Son of God."

"This is something that's not cheesy, it's not cringe worthy, it's a quality film with Academy Award-winning actors and actresses," he added.

"The Case for Christ" will be in theatres nationwide on April 7. For more information about the film, click here.