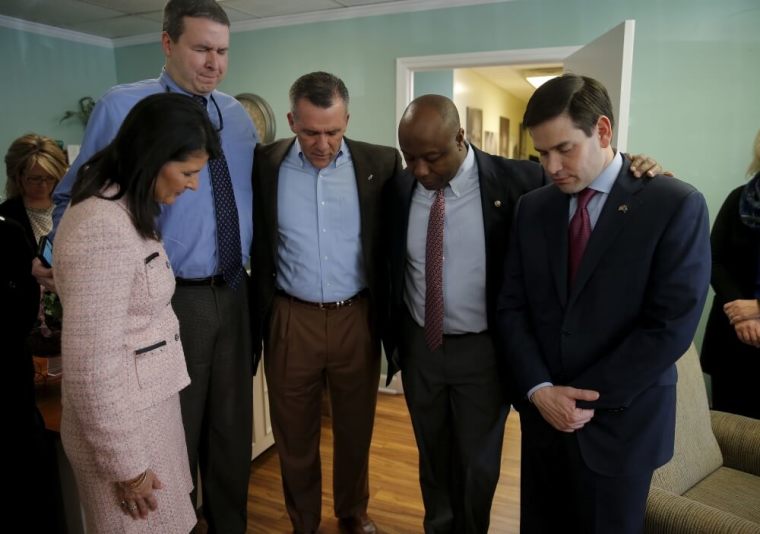 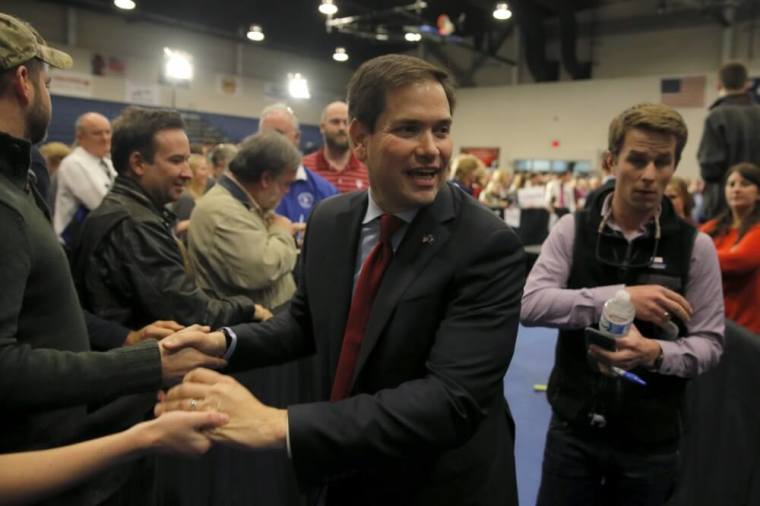 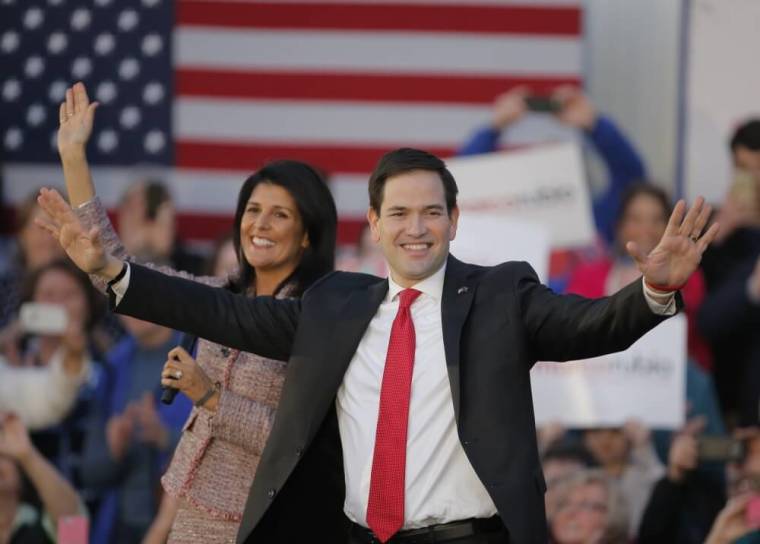 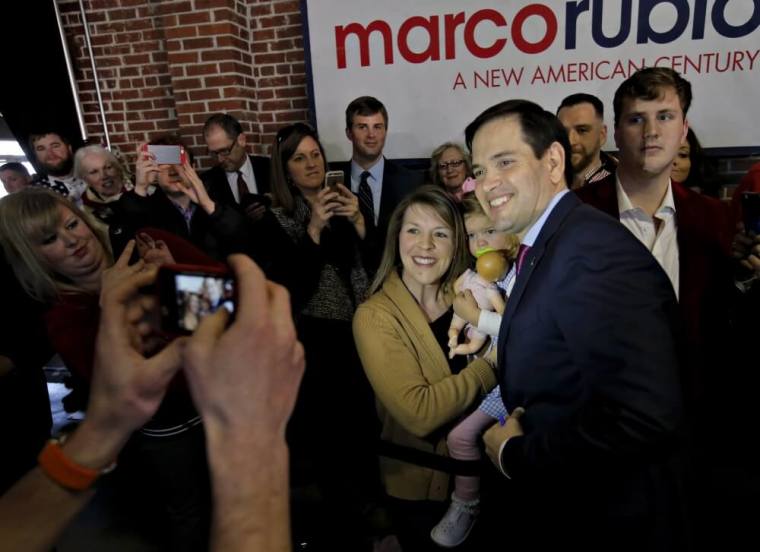 During a campaign rally for Sen. Marco Rubio in South Carolina, an elderly man in the crowd collapsed just as the Republican presidential candidate was giving a speech. Rubio stopped, and prayed for the man.

Rubio was speaking to a crowd of about 400 people at the Madren Center at Clemson University Friday night when someone shouted that a doctor was needed for the man who had suddenly collapsed.

"We have a medical situation. Is there anybody who is a doctor or medical professional?" Rubio asked the gathering, after stopping his speech midway.

He thanked the people for coming, and said, "Why don't we just bow our heads for a moment in prayer."

"We pray that You put Your hand upon Him, Lord," he said as he began to pray. "God, all things are possible for you. Lord, You can do anything …," he prayed.

After the prayer, Rubio requested the crowd to make way for medical crews so that they could get in.

By the time EMS technicians arrived, the man had regained consciousness and was seen smiling and laughing, according to Greenville Online.

Before the medical situation arose, Rubio stressed in his speech that Clemson head football coach Dabo Swinney had the right to pray at football practices. The Freedom From Religion group had earlier objected to Swinney's prayer during official team events.

"But you guys, when I'm president, I'm not sure I'm going to let him keep dancing," Rubio was quoted as saying.

In the South Carolina primary on Saturday, Donald Trump, a billionaire businessman, got 32.5 percent of the vote, while Rubio and Ted Cruz received around 22 percent each, as on early Sunday with 99.9 percent of precincts reporting, according to NPR.

Rubio stood second, with less than a 1 percentage point lead over Cruz, but marking a significant improvement since the New Hampshire vote.

"Tonight here in South Carolina, the message is pretty clear. This country is now ready for a new generation of conservatives to guide us into the 21st century," Rubio was quoted as saying.

Evangelical or born-again Christian voters made up about 74 percent of the electorate in South Carolina, according to CNN.

Max Lucado, cancel culture, and the rise of the Christian Left