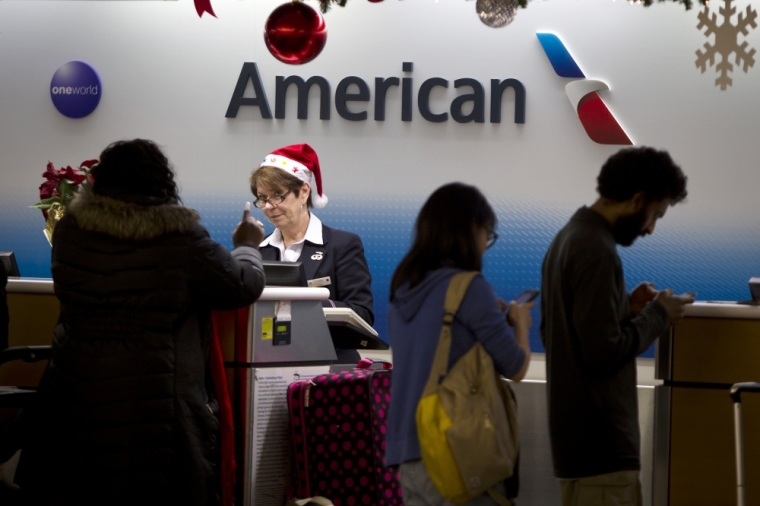 An agent for American Airlines checks in passengers while wearing a Santa hat on the day before Christmas at LaGuardia Airport in New York, December 24, 2014. | (Photo: Reuters/Carlo Allegri) 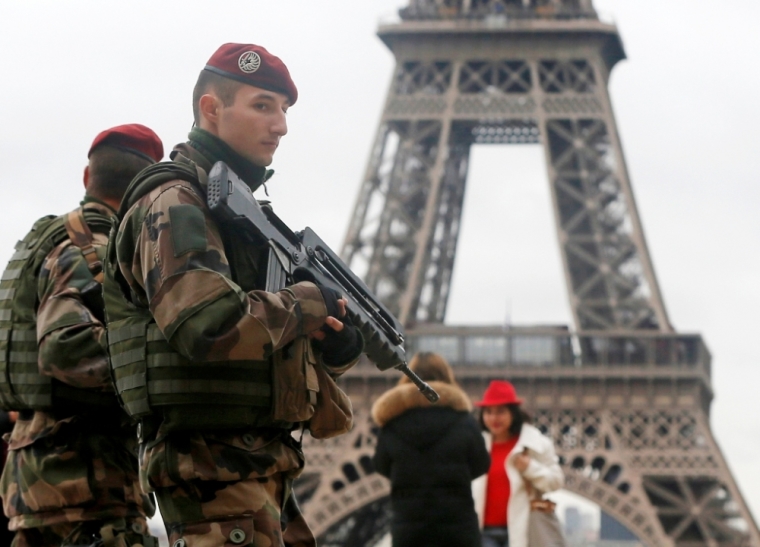 French soldier patrol near the Eiffel Tower in Paris as part of the highest level of "Vigipirate" security plan after a shooting at the Paris offices of Charlie Hebdo, January 9, 2015. The two main suspects in the weekly satirical newspaper Charlie Hebdo killings were sighted on Friday in the northern French town of Dammartin-en-Goele where at least one person had been taken hostage, a police source said. | (Photo: Reuters/Gonzalo Fuentes) 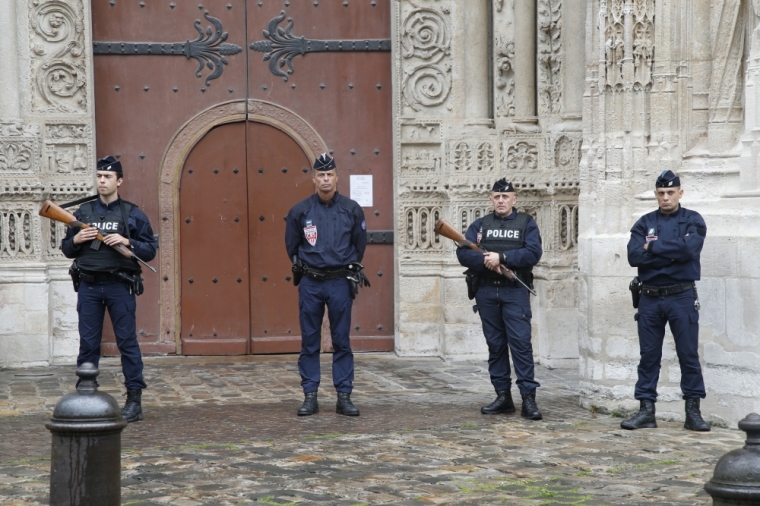 Armed French police take position outside the Cathedral in Rouen, France, during a funeral service in memory of slain French parish priest Father Jacques Hamel at the Cathedral in Rouen, France, August 2, 2016. Father Jacques Hamel was killed last week in an attack on a church at Saint-Etienne-du-Rouvray near Rouen that was carried out by assailants linked to Islamic State. | (Photo: Reuters/Jacky Naegelen) 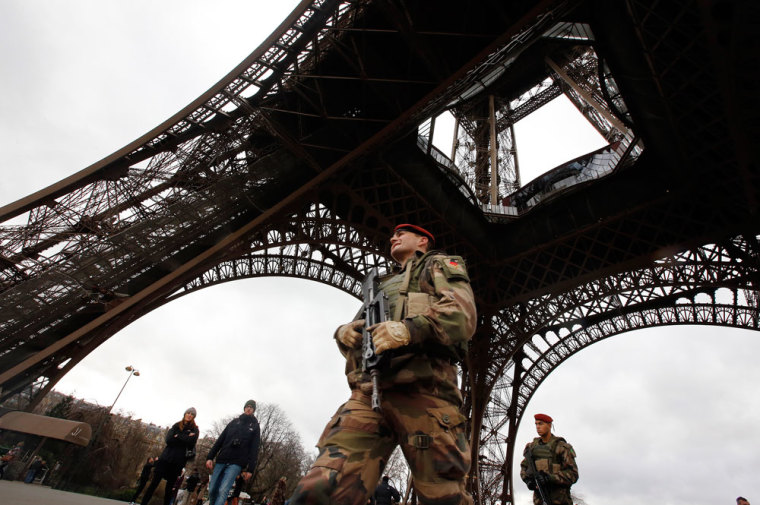 A French soldier patrols near the Eiffel Tower as part of the highest level of "Vigipirate" security plan after a shooting at the Paris offices of Charlie Hebdo January 10, 2015. French police searched for a female accomplice to militant Islamists behind deadly attacks on the satirical Charlie Hebdo weekly newspaper and a kosher supermarket and maintained a top-level anti-terrorist alert ahead of a Paris gathering with European leaders and demonstration set for Sunday. In the worst assault on France's homeland security for decades, 17 victims lost their lives in three days of violence that began with an attack on the Charlie Hebdo weekly on Wednesday and ended with Friday's dual hostage-taking at a print works outside Paris and kosher supermarket in the city. | (Photo: Reuters/Eric Gaillard)
View Photos

The U.S. State Department has issued a warning saying there is "credible information" indicating that the Islamic State terrorist group and other radical factions might be planning attacks in Europe this Christmas season, and urged American citizens to be cautious on all travels.

"Credible information indicates the Islamic State, al-Qaeda, and their affiliates continue to plan terrorist attacks in Europe, with a focus on the upcoming holiday season and associated events," warned the alert released to the public on Monday.

"U.S. citizens should also be alert to the possibility that extremist sympathizers or self-radicalized extremists may conduct attacks during this period with little or no warning. Terrorists may employ a wide variety of tactics, using both conventional and non-conventional weapons and targeting both official and private interests," it added.

IS has carried out terror attacks in a number of cities across Europe, striking Belgium, France, Germany and Turkey this past year, and has vowed that it will continue launching attacks in the West despite setbacks in Iraq and Syria.

It noted that European authorities continue to carry out raids and foil terror plots on the continent, and assured citizens that U.S. officials are also working with their European allies in an effort to combat international terrorism.

Christmas terror alerts were especially high last year, as the holiday season came only weeks after the Paris terror attacks of Nov. 13, 2015, when IS killed over 130 people, sending shockwaves around the globe.

Britain signaled a red alert last year in the wake of the France attacks, with anti-terror experts warning that London and other U.K. cities could be "soft targets" for radicals looking to attack tourists and shoppers during Christmas.

"None of us are safe anywhere ... For groups like ISIS they want a maximum media impact with any horrific attack that has people begging to return to their home nations," Will Geddes, head of global security firm International Corporate Protection, said in a November 2015 interview, according to The Express.

The latest alert from the State Department advises American travelers to follow the instructions of local authorities when visiting abroad; to be prepared for additional security screenings; to stay in touch with family members; and to have an emergency plan of action ready.