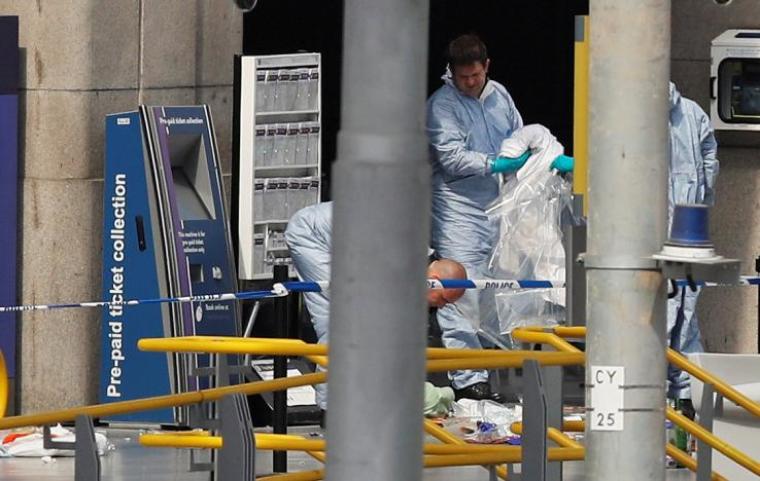 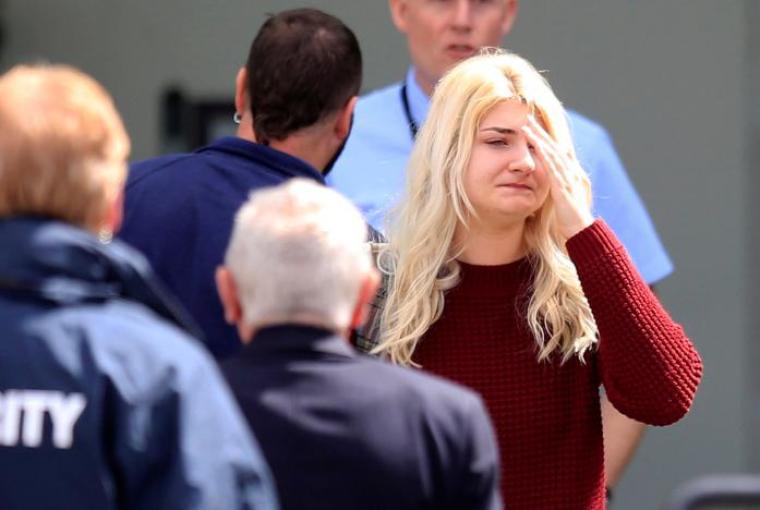 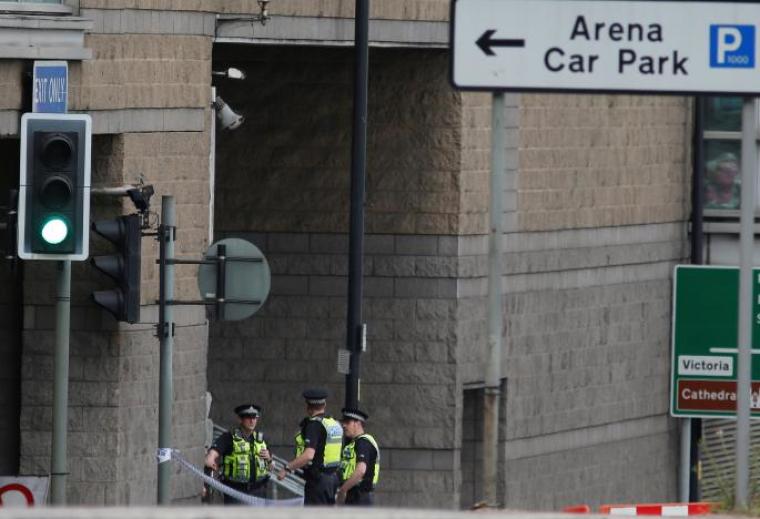 Police officer work behind the cordon near to the Manchester Arena, Britain, May 23, 2017. | (Photo: Reuters/Andrew Yates) 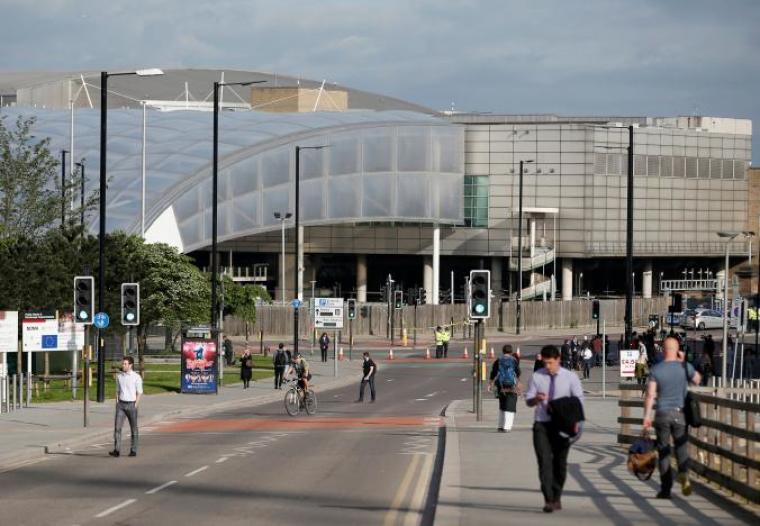 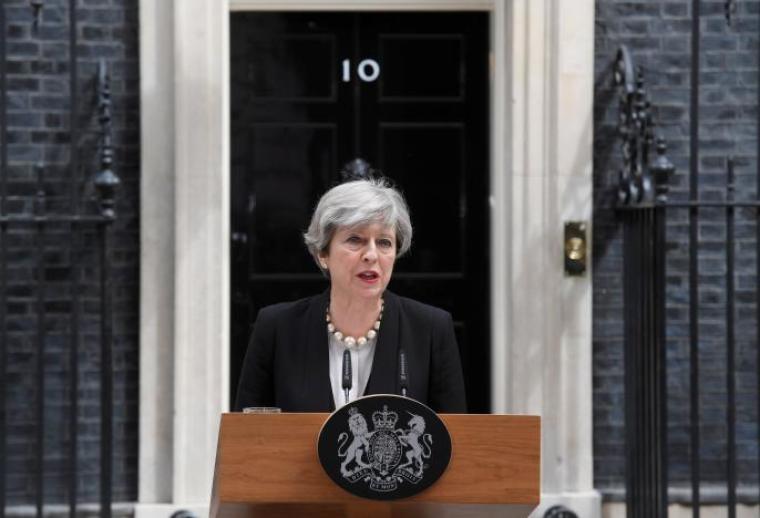 Several children are among the 22 people killed and 59 injured in a suicide bombing at singer Ariana Grande's Monday night concert in Manchester, U.K., as many others remain missing amid the chaos.

Greater Manchester Police are treating the incident as a terror attack, Sky News reports, and believe the suicide bomber died in the blast.

The Daily Star reported Tuesday morning that officials have made a "wave of arrests" in Manchester in connection to the the bombing.

A 23-year-old man in Chorlton, south Manchester, is reportedly being held by police, though it is not yet clear how many suspects in total have been detained. Pictures have apparently emerged of officers wearing Balaclavas gathered outside a Morrisons supermarket in Chorlton, with images on social media also showing officers leading away an unidentified man.

Unconfirmed videos showing Islamic State terror group supporters have separately surfaced online following the bombing, with some presenting themselves as jihadists warning that the Manchester attack is "only the beginning" of more terror against the West.

"The lions of the Islamic State are beginning to attack all the crusaders. Allahu akbar. Allahu akbar," one masked man states in the video, as reported by The Mirror.

Authorities have yet to confirm whether IS militants, who have carried out and inspired a number of similar attacks throughout Europe and the U.S., are the prime suspects in the bombing.

BBC News said that the large blast occurred at the end of Grande's concert, when fans, many of them children and teenagers, where beginning to exit the arena. Thousands of people have turned to social media to search for relatives who are still missing after the attack.

Charlotte Campbell was one such parent using the #missinginManchester Twitter hashtag to try and find her daughter, 15-year-old Olivia.

"I last had contact with her at half past eight last night. She was at the concert, she'd just seen the support act and said she was having an amazing time and thanking me for letting her go," Campbell said.

"She was with her friend Adam — Adam was found, he's in hospital but Olivia has not been found yet."

U.S. President Donald Trump, who is in Israel as part of an international tour, said the attacker and all those involved are "evil losers in life."

"I won't call them monsters because they would like that term. I will call them losers," Trump said in a speech in Bethlehem.

Andy Burnham, the mayor of Greater Manchester, added in a statement: "It is hard to believe what has happened here in the last few hours and to put into words the shock, anger and hurt that we feel today.

"These were children, young people and their families that those responsible chose to terrorize and kill. This was an evil act. We are grieving today, but we are strong."

Grande was not harmed in the attack, but has suspended the remainder of her musical tour. The concert Monday night in Manchester was one of three planned shows in the U.K.

The singer tweeted a short message: "broken. from the bottom of my heart, i am so so sorry. i don't have words."

Grande's manager, Scooter Braun, said they mourned "the lives of children and loved ones taken by this cowardly act."

England suffered another terror attack back in March, when five people were killed and 50 others were injured after a man ploughed a car into pedestrians on Westminster Bridge in London, before getting out an stabbing an officer to death.

The U.K. has maintained a "severe" level terror threat for nearly three years, meaning an attack is considered highly likely, with authorities warning that further attacks are "almost inevitable."