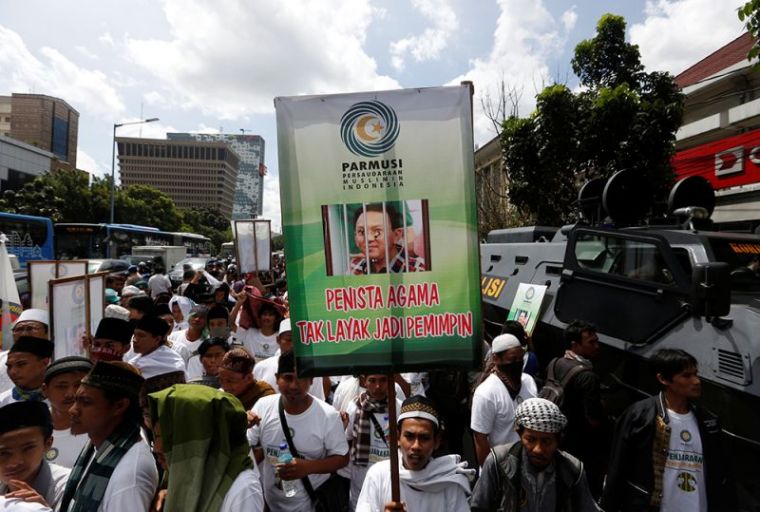 Muslim protesters are seen outside a court at the blasphemy trial of Jakarta's incumbent governor Basuki Tjahaja Purnama, also known as Ahok, in Jakarta, Indonesia, December 20, 2016. The placard shows a picture of the governor and reads "A blasphemer is unfit to be a leader." | (Photo: Reuters/Darren Whiteside) 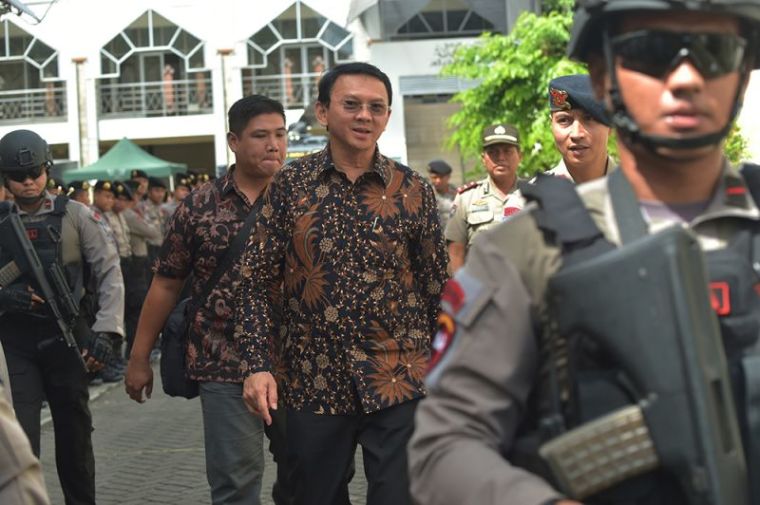 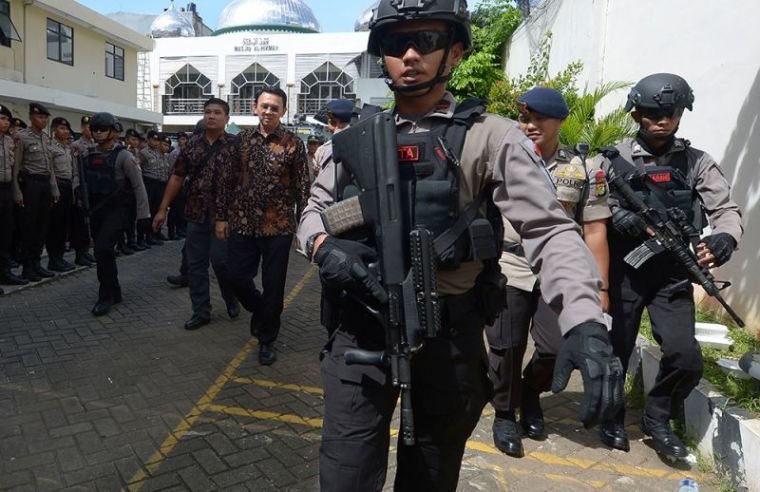 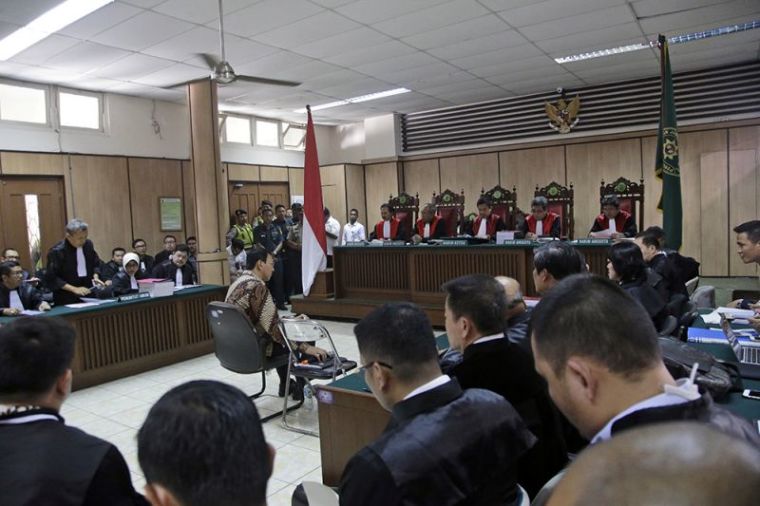 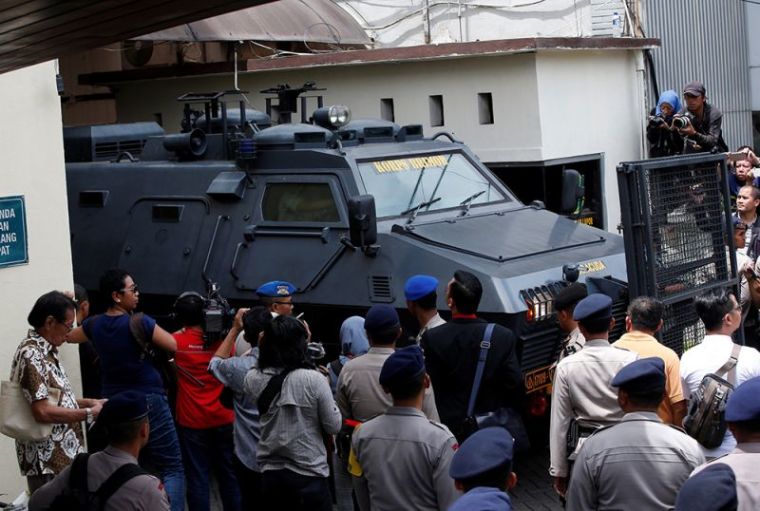 Indonesia's only Christian Gov. Basuki Tjahaja Purnama, popularly known as "Ahok," is undergoing a blasphemy trial at a time when the gubernatorial election is less than two months away. At stake, however, is not just the political career of the official, but also the political culture of the Muslim-majority country.

The Southeast Asian country's blasphemy law provides for a maximum penalty of five years in jail, which is enough to disqualify Ahok, the governor of Jakarta and a Christian and ethnic Chinese, from the election to be held in February.

The third hearing in the case will be held in Jakarta Tuesday.

Ahok was declared a suspect in the blasphemy case last month, after hundreds of thousands of conservative Muslims held a rally to demand his prosecution. The official, who has the backing of Indonesian President Joko Widodo, affectionately known as "Jokowi," challenged the interpretation of a verse in the Quran that says Muslims cannot vote for a non-Muslim candidate.

Ahok was appointed the governor of Jakarta in November 2014 after then Gov. Jokowi was elected president. Ahok was Jokowi's deputy at the time. Even during Jokowi's presidential campaign, Indonesia's extremist Muslim groups urged voters to oppose Jokowi to prevent the Christian official from becoming governor.

However, the real issue is not just the religion and ethnicity of Ahok, but also the inclusive politics that he represents. Jokowi won the 2012 election for governor despite having Ahok as his running mate, and Ahok is now also leading polls, the most recent being the Indonesian Survey Institute earlier this month after he was charged with blasphemy.

This popular acceptance of a Christian official is what perhaps worries the extremists the most. Therefore, they needed to resort to a religion-based issue to discredit Ahok's leadership.

The case against Ahok is weak but the passions are still high due to the organized efforts of extremists groups and allied political parties to appeal to people's religious sentiments.

Ahok has explained he didn't mean to insult the Quran.

A video posted on social media, which showed Ahok saying no one should manipulate verses from the Quran for political gains, "was reportedly edited by Buni Yani (a Facebook user and a university lecturer) to show the governor discrediting a verse from the Islamic holy book during a meeting with local residents," according to Jakarta Globe.

The country's largest Muslim organization, Muhammadiyah, which is not an extremist group, had initially accused Ahok of religious defamation after the video surfaced. However, it called for calm and tolerance after massive protests followed and as the issue was soon hijacked by extremist groups.

While the majority of the people in Indonesia are known to be tolerant and moderate, there are several extremist Islamist groups in the country. According to the Human Rights Watch, more than 1,000 churches in the archipelago have been closed over the last decade due to pressure from such groups.

The hope for inclusive and tolerant politics in Indonesia lies in the political future of officials like Jokowi and Ahok. And that's why the opposition to the Christian official is so fierce.