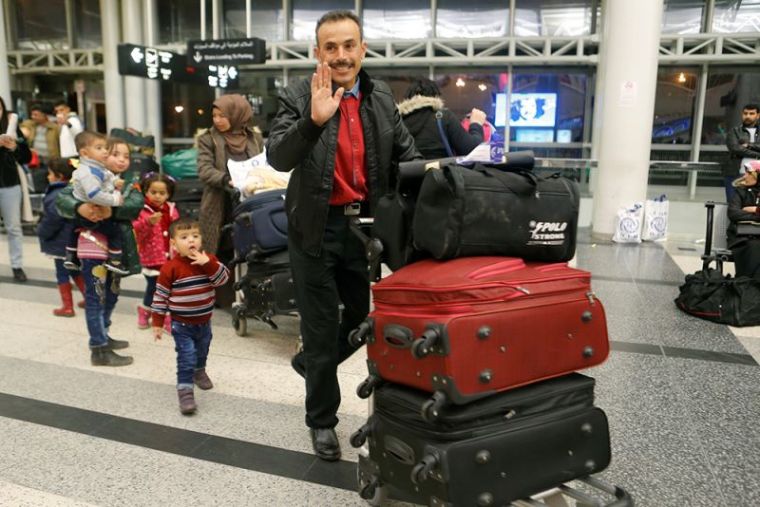 Members of a Syrian refugee family walk with their luggage at Beirut international airport ahead of their travel to the United States from Lebanon, February 8, 2017. | (Photo: Reuters/Mohamed Azakir) 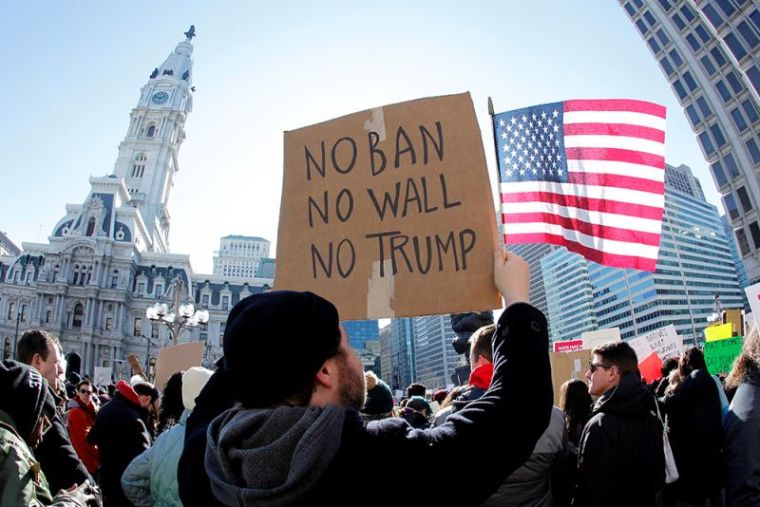 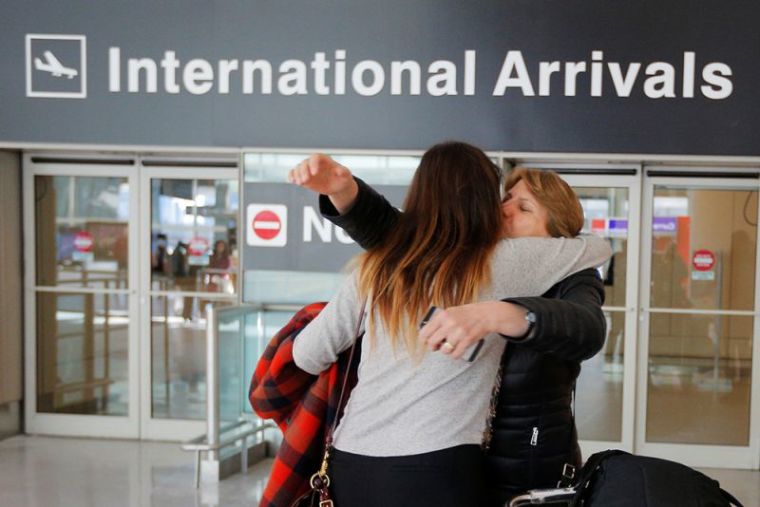 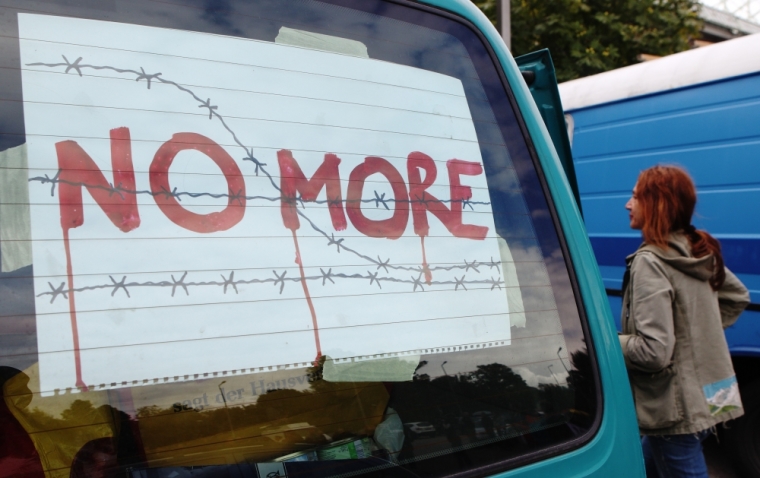 An activist walks past a car taking part in a convoy of around 140 vehicles leaving for Hungary from Vienna, September 6, 2015, to distribute aid to migrants and to collect refugees to bring back to Austria. People taking part run the risk of violating laws on human trafficking, police said, but officers were there at the meeting point outside a football stadium just to provide security and guide traffic. | (Photo: Reuters/Heinz-Peter Bader) 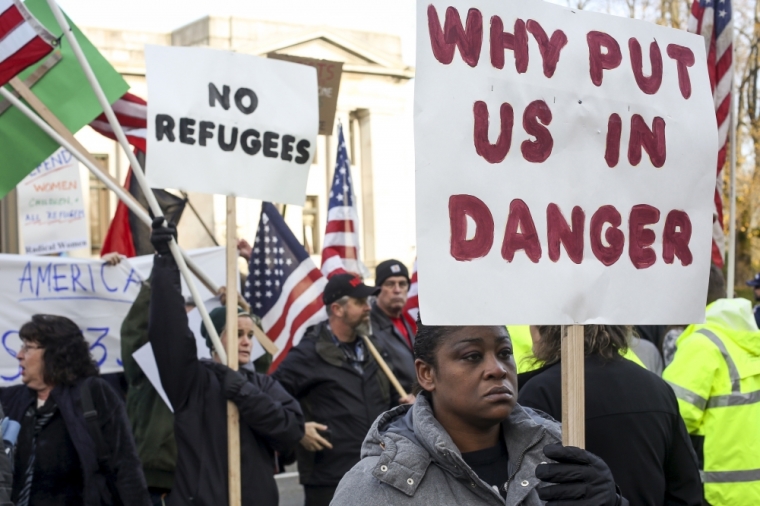 The 9th U.S. Circuit Court of Appeals ruling came in a challenge to Trump's order filed by the states of Washington and Minnesota. The U.S. Supreme Court will likely determine the case's final outcome.

The White House said it had no immediate comment.

Trump's Jan. 27 executive order barred entry for citizens from Iran, Iraq, Libya, Somalia, Sudan, Syria and Yemen for 90 days and imposed a 120-day halt on all refugees, except refugees from Syria who are barred indefinitely.

The ruling from the 9th Circuit, which follows a hearing on the case on Tuesday, does not resolve the lawsuit, but relates instead to whether Trump's order should be suspended while litigation proceeds.

Either side could decide to appeal directly to the U.S. Supreme Court.

Trump had said the order was vital for national safety and criticized Robart, the Seattle judge, for suspending it.

Critics have called Trump's ban discriminatory against Muslims and have questioned its value as a security measure. National security veterans, major U.S. technology companies and law enforcement officials from more than a dozen states backed a legal effort against the ban.

Ultimately the courts will have to address questions about the extent of the president's power on matters of immigration and national security. Traditionally, judges have been extremely cautious about stepping on the executive branch's authority in such matters, legal experts say, though some note that the implementation of this order presents unique issues.

During the oral argument, the judges asked a government lawyer whether the Trump administration's national security argument was backed by evidence that people from the seven countries posed a danger.

August Flentje, representing the Trump administration as special counsel for the U.S. Justice Department, told the panel on Tuesday that "Congress has expressly authorized the president to suspend entry of categories of aliens" for national security reasons.

"That's what the president did here," he said.

When the 9th Circuit asked Flentje what evidence the executive order had used to connect the seven countries affected by the order with terrorism in the United States, Flentje said the "proceedings have been moving very fast," without giving specific examples.

He said both Congress and the previous administration of Democrat Barack Obama had determined that those seven countries posed the greatest risk of terrorism and had in the past put stricter visa requirements on them.

Noah Purcell, solicitor general for the state of Washington, began his argument urging the court to serve "as a check on executive abuses."

Curbing entry to the United States as a national security measure was a central premise of Trump's 2016 presidential campaign, originally proposed as a temporary ban on all Muslims. He has voiced frustration at the legal challenge to his order.

U.S. presidents have in the past claimed sweeping powers to fight terrorism, but individuals, states and civil rights groups challenging the ban said his administration had offered no evidence it answered a threat.