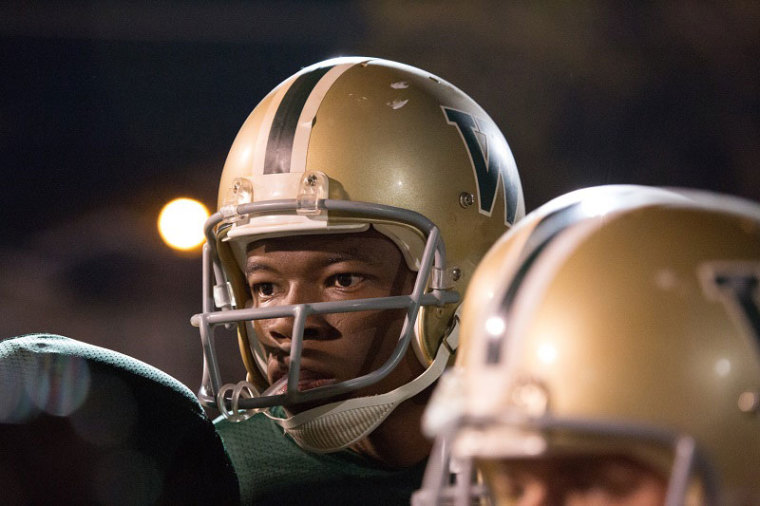 Newcomer Caleb Castille stars as Tony Nathan, the shy superstar running back whose true story is told in "Woodlawn," an exhilarating high school football drama about how a spiritual awakening in 1970s Alabama led to love and unity overcoming racism and hate. | (Pureflix/Erwin Brothers Film) 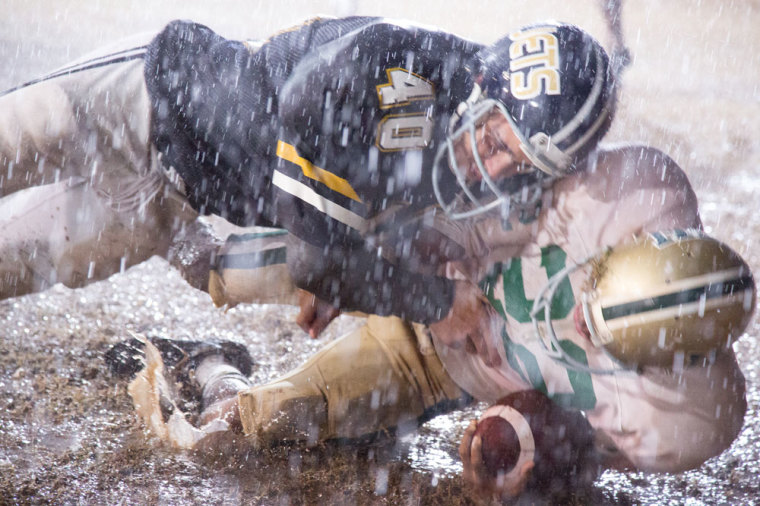 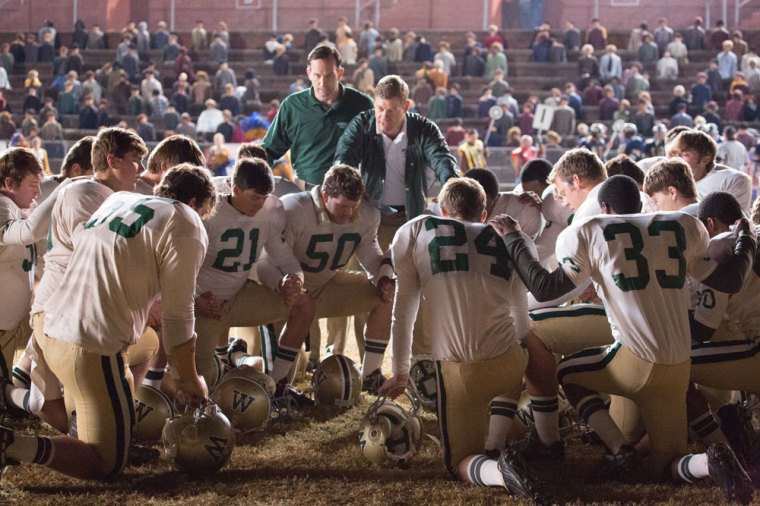 The best sports movies aren't even about sports.

Instead, the best sports movies use sports as a backdrop to tell the story of something far more significant and important, something that even non-sports fans can embrace.

Such is the case with "Woodlawn" (PG), which hits theaters this weekend and recounts the true story of a newly integrated high school football team in Birmingham, Ala., that is the source of racial tension until most of the players accept Christ and spark a city-wide revival. Set in the early 1970s, "Woodlawn" is the best sports movie I've ever seen, although that label really doesn't do it justice. That's because it's simply a great movie – even without the sports – and it's among the most inspiring and uplifting films I've watched.

Starring Sean Astin ("The Lord Of The Rings" trilogy) as a determined sports chaplain and Oscar-winning actor Jon Voight as legendary Alabama coach Paul "Bear" Bryant, "Woodlawn" is one of those movies that wouldn't be believable if it weren't true. I certainly was skeptical a few times during the movie, wondering if the story had been changed to make it more entertaining. But it hadn't.

The movie opens with fights and near-riots outside Woodlawn High School that are so bad the superintendent threatens to shut it down. The team, too, is full of racial hatred, with punches between white and black players thrown at regularity at practice and in the locker room. Actual games aren't any more civil, as parents in the stands trade insults under the watchful eyes of police who are on standby in case anything happens.

It is against this backdrop that sports chaplain Hank Erwin (Astin) shows up uninvited at the school and asks head coach Tandy Gerelds (Nic Bishop) for time to speak with the team. Gerelds gives the coach five minutes, but his talk lasts an hour and all but three of the players end up accepting Christ.

"What just happened?" a cynical Gerelds says to no one in particular.

The white and black players begin praying together at practice and meeting off-campus for Bible study. The team gels, and racial divisions are soon healed. Eventually, the coach, too, accepts Christ.

The star black player who was hated by the white players – Tony Nathan (newcomer Caleb Castille) – begins excelling, so much so that Bryant recruits him. Soon, the school revival spreads to Woodlawn's cross-town rival, and by movie's end the two teams meet at Birmingham's Legion Field for what remains the most-attended high school game in state history. They were there to see Nathan face off against Banks and star quarterback Jeff Rutledge in a game that decided who made the state playoffs. (Both, by the way, ended up playing for Bryant.)

But like every good sports movie, the game at Legion Field is only a backdrop. When chaplain Hank Erwin speaks to the stadium and begins reciting the Lord's Prayer, the superintendent shuts off his microphone. So the crowd spontaneously continues it, ending with an "Amen" and applause. The Gospel, you see, has healed much of the city.

It may seem like something only seen in Hollywood films, but it all actually occurred in the midst of the Jesus Movement, a nationwide revival so noteworthy that it landed on the cover of Time Magazine in 1972 under the headline, "The Jesus Revolution."

Director Jon Erwin should know. The chaplain in the film, Hank Erwin, is based on the true story of his father – the real-life chaplain that led the Woodlawn team to Christ. Jon Erwin grew up hearing the amazing story of the Woodlawn football team, and it was a dream for him and his brother to make the movie.

"As I started going beyond my dad's experiences with the film, and interviewing all of these people, not only did the story meet expectations, it far exceeded them," Jon Erwin told me recently. "You start asking, 'How in the world did this happen. Is this possible?' … Not only did it happen in Birmingham, Ala., but it was happening all over the nation."

The movie's timing couldn't be any better. As they were filming it, riots broke out in Ferguson, Mo., and then months later in Baltimore – each over racial issues.

Erwin hopes "Woodlawn" can help spark another revival in America, a revival that heals the racial tensions as seen in Birmingham in the early 1970s.

"My generation and anyone younger than me, we've not experienced a great awakening or a revival," he said.

The story is amazing, but the movie is solid, too. Astin, Voight and Castille turn in fine performances, and the on-screen football action – despite not being the centerpiece of the film – is the best I've ever seen in a football movie.

Michael Foust has covered the Christian film industry for a decade and has been a full-time editor and writer for 20 years. He blogs at MichaelFoust.com