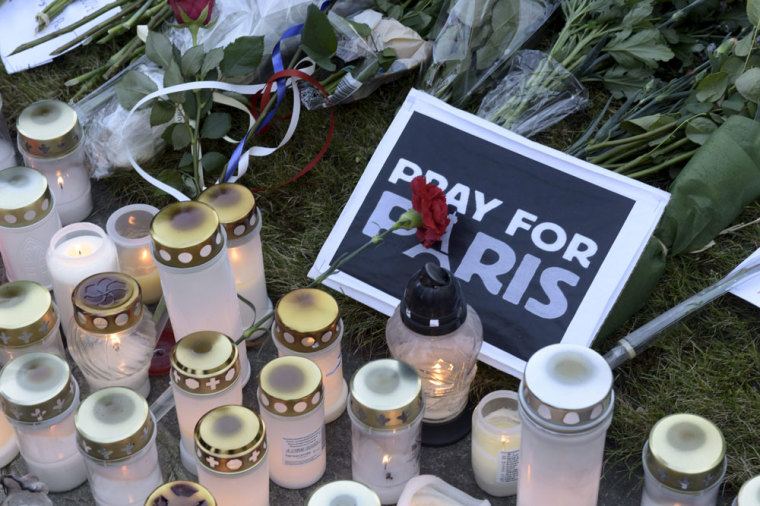 Candles in remembrance of victims of the Paris attack are seen at a memorial site outside French embassy in Helsinki, November 15, 2015. | (Photo: Reuters/Heikki Saukkomaa/Lehtikuva) 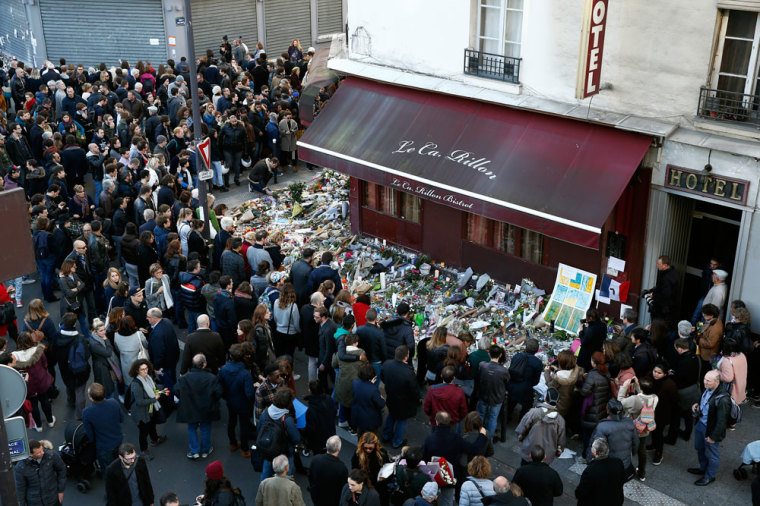 While claiming responsibility for a wave of terror attacks that killed at least 129 people in Paris on Friday night, the Islamic State group, also known as ISIS or ISIL, said its men killed "no less than 100 Crusaders … targeting the capital of prostitution and obscenity, the carrier of the banner of the Cross in Europe."

"In a blessed attack for which Allah facilitated the causes for success, a faithful group of the soldiers of the Caliphate, may Allah dignify it and make it victorious, launched out, targeting the capital of prostitution and obscenity, the carrier of the banner of the Cross in Europe, Paris," reads the message ISIS posted Saturday on Telegram, which has been translated by the SITE Intelligence Group, which monitors the jihadist threat.

In the message, which begins with the words, "In the name of Allah, the All Merciful, the Very Merciful" and carries quotes from the Quran, ISIS described the attackers as "youths who divorced the world and went to their enemy seeking to be killed in the cause of Allah, in support of His religion and His Prophet, Allah's peace and blessings be upon him, and his charges, and to put the nose of His enemies in the ground."

The attackers were "eight brothers wrapped in explosive belts and armed with machine rifles," who "targeted sites that were accurately chosen in the heart of the capital of France, including the Stade de France during the match between the Crusader German and French teams, where the fool of France, Francois Hollande, was present," it claimed.

"Allah conquered through their [attackers'] hands and cast in the hearts of the Crusaders horror in the middle of their land," it went on to say. "Allah had granted our brothers their wish and gave them what they loved, for they detonated their belts in the gatherings of the disbelievers after running out of ammunition, we ask Allah to accept them among the martyrs and make us follow them."

ISIS threatened, in its message, that "France and those who walk in its path … will remain on the top of the list of targets of the Islamic State, and that the smell of death will never leave their noses as long as they lead the convoy of the Crusader campaign, and dare to curse our Prophet, Allah's peace and blessings be upon him, and are proud of fighting Islam in France and striking the Muslims in the land of the Caliphate with their planes, which did not help them at all in the streets of Paris and its rotten alleys."

France is one of the countries launching airstrikes on ISIS targets in the Middle East.

The terror group called the attacks on Paris "the first of the storm and a warning to those who wish to learn."

ISIS, an offshoot of al-Qaeda, is seeking to establish a caliphate in the Levant region and beyond, and is fast expanding its control in Syria and Iraq, where Christian minorities are among its main civilian targets.